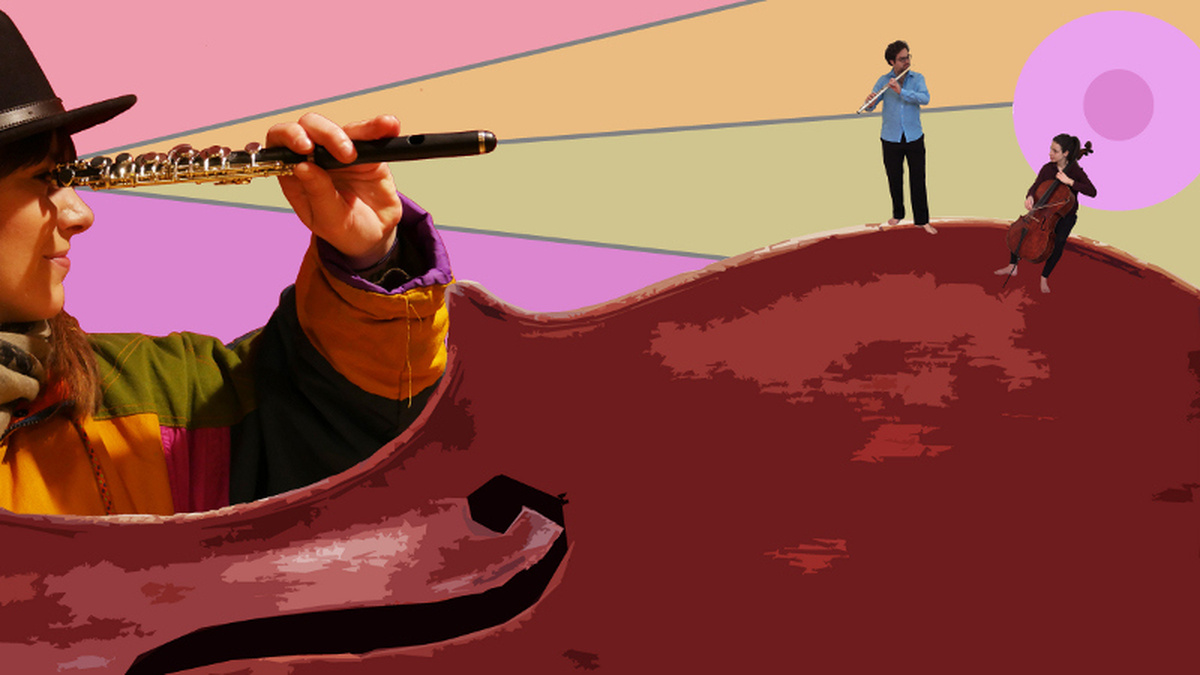 The Invisible Cities Project is an interdisciplinary performance exploring the intersection between the artistic languages of music, spoken and physical theatre.

The performance is inspired by Italo Calvino’s book Invisible Cities, an imaginary account that the famous Venetian traveler Marco Polo makes to the emperor of the Tartars, Kublai Kahn, about the cities spread over the immense territory of his Empire. At the boundary between reality and imagination, these accounts become a metaphor for life experiences, human emotions, desires, fears, memories and relationships hidden under the appearance of cities.

Using metaphor, like the book, as an artistic means, the project aims to talk about cities of nowadays, looking for those invisible threads that run along our cities, mirroring the inner features of their inhabitants. The performers are three musicians and an actor. While musicians will create a musical ‘architecture’ of the cities performing new and old or rearranged pieces, the actress, in a metaphorical dialogue with the musicians, becomes Marco Polo guiding the audience through these cities.

Join Marco Polo in an audacious journey of music, theatre and literature, discovering hidden signs, invisible threads and musical paths of cities living within us.