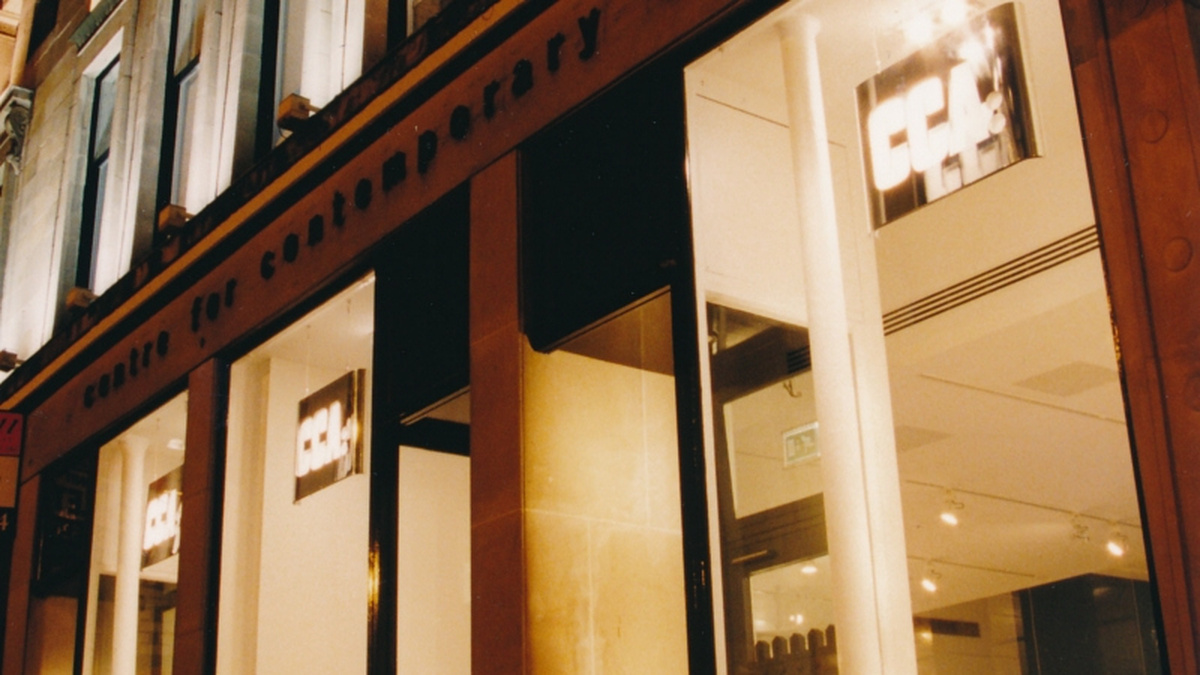 The first two exhibitions under the banner of CCA opened in 1992.

Narelle Jubelin’s Dead Slow and Tracey Moffatt’s first UK solo show opened on 1 May alongside a Mayfest party. May 1992, then, marks the public launch of CCA though the broader context is more diffuse.

When The Third Eye Centre closed in 1991, events still happened in the building as CCA began to construct a new organisation. As early as January 1992 the New Moves Festival, directed by Nikki Millican, came under the umbrella of CCA having appeared at The Third Eye Centre a year earlier. More continuity was provided by the curator Andrew Nairne who was retained after the demise of The Third Eye and became the first exhibitions director of CCA. In many ways the early programme of CCA had its roots in the final years of The Third Eye; landmark exhibitions in the development of Glasgow’s art community such as Self-Conscious State, Tunga, On Form and Fiction, and Scatter also demonstrate a clear continuity with what was to come in the new organisation.

In terms of administration, CCA began to assemble a team throughout 1992 with a new director, Jo Beddoe, working with a board led by John Moreland. It was only in December of that year though that CCA formally took control of the building as acknowledged modestly in the board minutes:

The new company took over the operation of the Centre on Tuesday 1 December. The staff met at 9.30 for an inaugural breakfast and the Centre marked the occasion by recognising World Aids Day. A press release was issued and the Centre featured in both The Scotsman and The Herald.

That 9.30 inaugural breakfast suggests an austere, business-like approach. Fortunately, the programme’s early years were bristling with energy and excitement. As Nicola White succeeded Andrew Nairne as curator, her tenure was characterised by a series of adventurous and often provocative exhibitions such as Bad Girls and Slip of the Tongue, Janine Antoni’s first solo show. There was a challenging live art programme too, devised by Mark Wardell who presented key performances by Ron Athey and introduced the Chicago-based group Goat Island to Glasgow.

By 1995 the Centre had settled into an identity of its own, focusing on the rising generation of visual artists that were transforming the Glasgow art community. A three part exhibition and book, New Art in Scotland, co-curated by Douglas Gordon, Jane Lee and Nicola White highlighted many of the key figures emerging at that time – Nathan Coley, Jacqueline Donachie, Louise Hopkins, Carol Rhodes, Richard Wright and David Shrigley among many others. Two further exhibitions in that period – Ross Sinclair’s Real Life Rocky Mountain and The Persistence of Painting – helped to confirm the breadth of the 90s art scene in Glasgow. 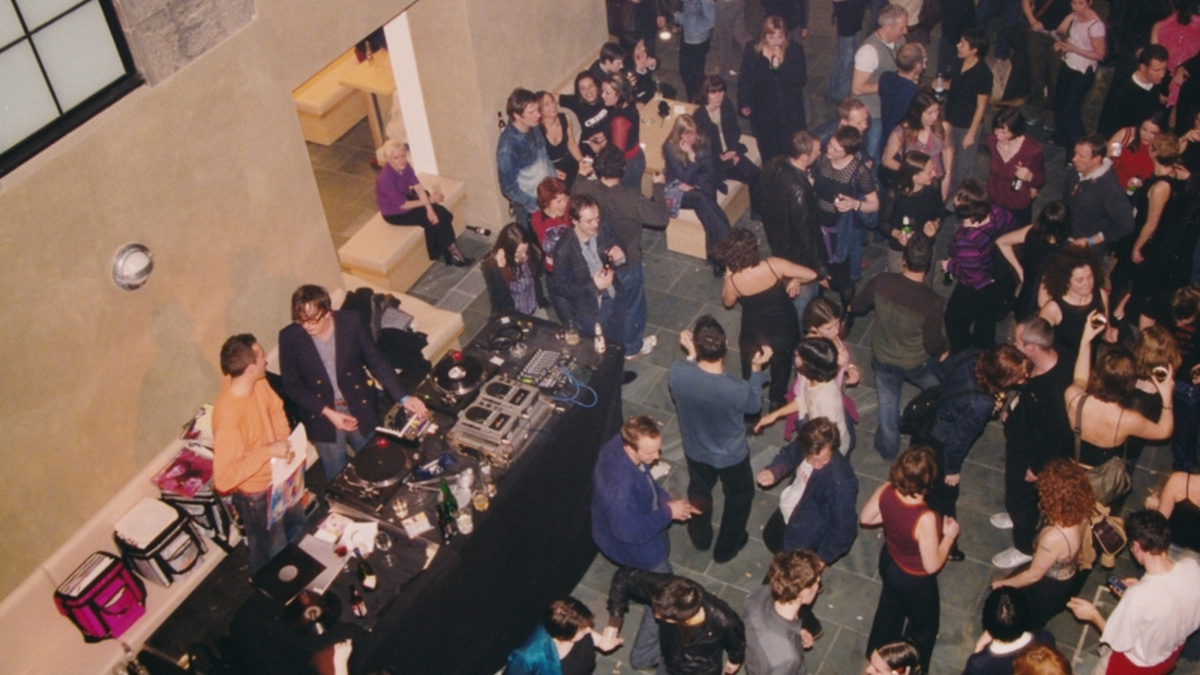 Jarvis Cocker plays at opening of new CCA building in 2001.

By then there was a much broader arts infrastructure in the city – Tramway, led by Charles Esche, generated international attention as did Transmission Gallery and, by 1997, the newly established Modern Institute. There was a burgeoning DIY scene and Glasgow School of Art had developed courses such as Environmental Art and the Master of Fine Art. In 1995, CCA appointed its second director, Penny Rae, who early in her tenure responded to the changing landscape by assembling a bid to renovate the Sauchiehall Street premises. Originally purchased in the early 1970s and heavily used by both The Third Eye Centre and CCA itself, the building was in need of repair. Rae proposed an ambitious new vision for the building that included the purchase of most of the surrounding retail units leading up Scott Street and the acquisition of the villa that housed The Cotton Club. The subsequent bid – a combination of Lottery and European funds – was successful.

Rae moved to Europe soon after consolidating this success and she was succeeded in 1997 by Graham MacKenzie who not only established a highly regarded experimental music programme but managed the tricky business of decanting CCA to the McLellan Galleries for two years while the Sauchiehall Street premises were taken apart and reassembled by Page\Park architects, creating the building we now know.

The completed renovations gave the organisation a beautiful new set of artistic resources, although it became clear quite quickly that the much larger building was difficult to sustain financially. At the end of 2005, Graham MacKenzie departed to Huddersfield Contemporary Music Festival, and current Director Francis McKee was appointed. A new programming policy was adopted in 2006 - an open source policy where other organisations and partners would be invited to use the space at minimal cost or for free. CCA, in effect, evolved at this point into a hub for the arts across the city and the country. At the heart of the building remains a strong core programme of exhibitions and residencies and CCA now plays an important international role in the promotion of Scottish-based arts practitioners.