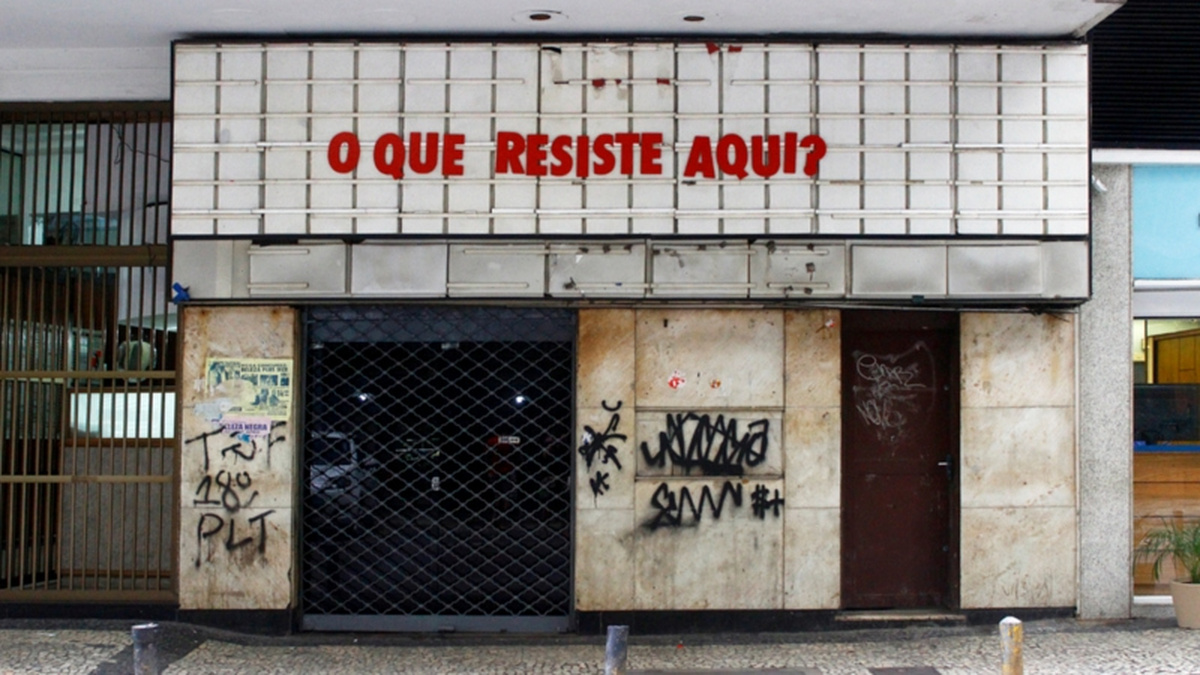 In October 2015 I travelled to São Paulo and Rio de Janeiro, in order to meet with artists and various independent collectives.

There are, increasingly, strong connections between these cities and the UK, thanks to many of my peers here and in Brazil, so my aim was to build up a picture of how artists might operate outside of institutions, and to understand how artists organise themselves in different civic and urban contexts. I was particularly interested in learning about new models for organising, and to understand what the most important concerns of artistic and cultural production might be.

British Council kindly funded reciprocal visits between Brazil and Scotland, and CCA was paired with a voluntary-run space called Catete92; a house in Rio de Janeiro’s Catete district. In many ways, Catete92 operates similarly to CCA, in that its programme is open-source and built through partnerships - it hosts a large range of activities from small exhibitions to workshops and screenings – accessible by anyone who has a need for space. The main difference is that each user pays what they can afford, and that each transaction is shared publicly online. However, since the spring of 2015 Catete92 has evolved, vacating its residential surroundings in Catete and transplanting to a quiet hostel in the more northern Cosme Velho area of the city. It is now called Transborda92 (meaning ‘overflowing’) alluding to the huge demands placed on Catete92 for space, but also to their awareness of the inevitable challenges and workload of operating such an organisation.

The committee is now exploring ways of exporting the programme from Catete92, laying down roots for a more permanent and responsible way of working. The hostel owners are excited to collaborate with Transborda92 since the hostel is underused and often vacant, and in exchange Transborda92 have the tenure of space, storage and facilities for free. Transborda’s way of working is not without pitfalls, but the committee are not naïve to the challenges of overproduction, community ownership and accessibility. They want to create a space that can be used for all kinds of cultural activity, without relying on external resources.

In São Paulo, I visited an organisation called Casa do Povo, ‘House of the People’. Established in 1953 as a ‘living monument’ to the victims of the Second World War, it became a cultural centre for the whole community, housing a library, theatre and school. During the military dictatorship of the 60s, 70s and 80s it hosted meetings for antigovernment activists and the school illegally fostered children whose parents had been interned. Eventually the space was forced to all-but close its doors, and fell in to near dereliction, though it was never unoccupied. In the last five years, a group of artists have been working to secure its future and now, it operates its own open-source programme of film, dance, theatre and workshops run by and for different groups. They have recently brought back in to existence Nossa Voz, the community newspaper shut down by the dictatorship in the sixties, and engage with all parts of São Paulo’s diverse community through offsite food and textile projects. It is now fundraising to repair its upper floors so that it can rent out studios and offices to cultural organisations and reemerge as a hub for creative practice.

The artists I met during the trip were more often than not making work about the city and space in which they live. My most common conversations were about concerns that affect all major cities: gentrification, corruption, the environment, gender politics and socioeconomic disparity. On the second-last day I met with artist Caroline Valansi, whose works explore the history of her family’s proprietorship of a series of cinema halls in Rio, linking this, often, to how women are perceived within patriarchal culture. Her family moved from France to Brazil and bought the cinemas three generations previously, but cinema attendance declined as the streets became unsafe in the 1970s. Out of necessity, the cinemas turned to a new audience and began screening pornographic film. Responding to these histories, Valansi organisies various projects revisiting the ownership of public space, including facilitating the occupation of cinema billboards throughout the city with oblique and subversive announcements. Other works utilise the cinemas’ archive of erotic film posters - wherein the female body is depicted submissively - remaking the images to offer alternative readings of commonly understood hierarchies.

The strategies artists use for responding to the city and everything it throws at them cannot be fully surveyed in this short editorial. I was constantly aware how privileged my experience was, and that it was not the experience of the vast majority of these cities’ inhabitants. Hopefully, some of this harder-reached knowledge can be dispersed through further exchange, so that we can share more about how we all live and organise in different places.