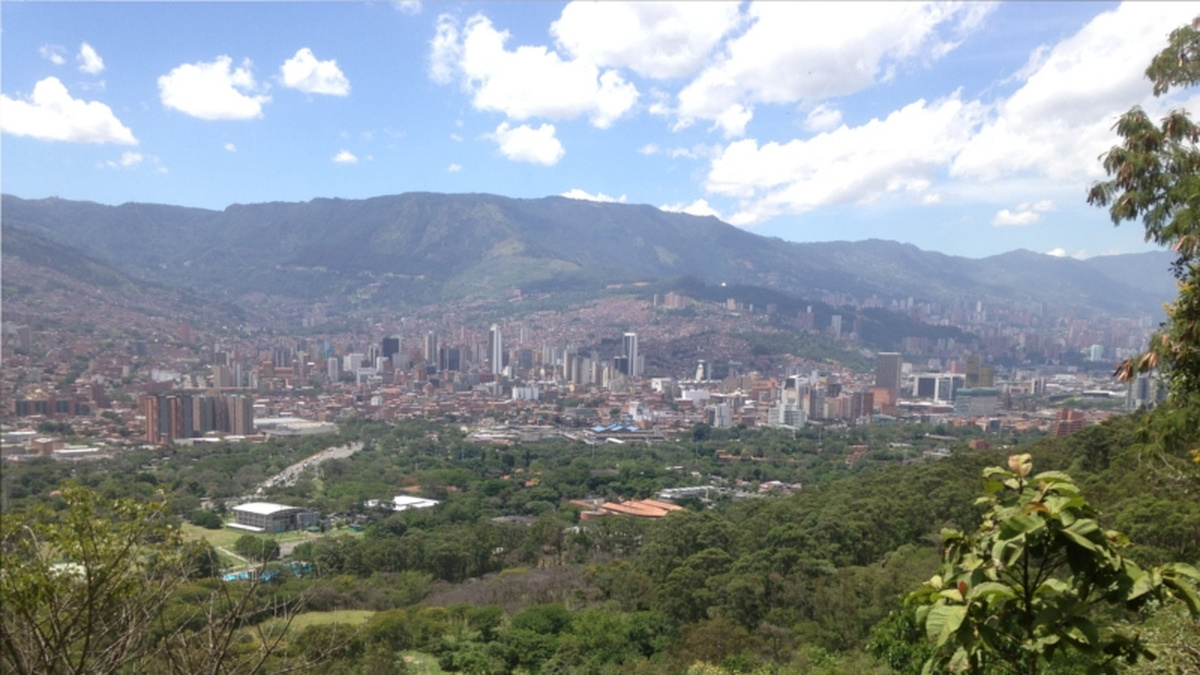 On 25 August 2016, Colombian president Juan Manuel Santos appeared on television in the hotel lobby where we were staying in Bogotá, Colombia whilst on a research trip for the upcoming show The Sky is Falling.

Announcing ‘peace’ after decades of slow and deadly conflict, and long negotiations in Cuba, the president finally offered hope.

It was relatively quiet on the streets though, except for one small demonstration in a square. Not the large scale celebration, or counter demonstration, one might expect. A referendum was still to come, one that would prove a challenge to this peace very quickly.

Always confident despite the high stress levels over the past few years, Santos had appeared earlier on my screen. He was in Life is Sacred, a 2014 documentary on Antanas Mockus, former Mayor of Bogotá. We showed this film as part of the Cities programme in preparation for The Sky is Falling, the exhibition that opens at CCA on 31 March 2017.

From 1995 to 1997, Mockus was Mayor of Bogotá for the first time. During his successful administration, positive changes within the city seemed to unfold. Issues of violence, water usage and traffic had, if only temporarily, improved. One of the most significant tactics that
Mockus used was borrowed from performative work, where he invited 400 mime players to take to the overcrowded streets of Bogotá to replace traffic police officers. As an alternative to this authority, the mime players would ‘help’ people to cross the roads, point out littering and address parking issues in a playful manner. It was a form of social control that visually replaced the voice of authority, which in Bogotá and perhaps throughout Colombia always had a dark edge.

The film also shows a crucial moment where Mockus travels to the campaign centre where Santos has just spoken to the crowd after successfully winning the presidency in 2010. Not being able to anonymously enter the crowd, Mockus is received as a hero and when spotted in the crowd given martyr-like status by Santos himself. In fact, Santos understood that he won the presidency partly because of the popularity of Mockus; just like the mime players that roamed the streets, Mockus had helped setting up a successful peace campaign, one that established the possibility of peace in people’s minds.

Mockus had used the city as an active drawing board. Spatial performances on the streets had shifted the thinking on authority and briefly generated civic obedience in a soft way. It had planted an image of the possibility of peace.

Thirty years before, artist Dora Mejía had also used the city, producing graffiti pieces around Medellín in response to the rapidly changing urban environment. New above-ground metro rails were built that not only changed how the city operated, but also practically provided
many square metres of concrete, the go-to material for modern change. Mejía contested the new hovering railroads by stencilling huge depictions of David on the pillars, countering the new Goliaths entering the city. She also stencilled large coloured dots under bridges resembling star systems in relation to the map of the city. Looking rather different than the usual graffiti, it sparked the imagination, questioning what a city could be and challenging the current operations in one’s living environments. It wasn’t just individual artists who stimulated these actions: artist-run organisations such as La Agencia focussed on collective (knowledge) production and educational theory, and places such as Casa Tres Patios embedded themselves in Medellín’s neighbourhoods and became an open school that directly confronts an old culture of violence, abuse and social structures.

In CCA, research trips are undertaken not only to discover artists, but also to see in which ways it is important what these artists do. How do they operate in their immediate environment and could we call what they do a contribution to civic life? Colombia especially has seen rapid change, which sort of artist does that produce? What do these artists produce? What is there to learn from or compare to in Scotland?

What struck me about seeing these individual and collective practices is that they are tangible. They can exist in and through objects, but also in many other ways. Always however they generate powerful image production. In Colombia that might mean replacing the clichéd images of violence that predominate and championing a softer, civic model of art production. Reading, seeing and experiencing these artistic images might get us even further away from the cliché of violence, and shows at least that alternatives are possible, they exist and that they should be cherished.