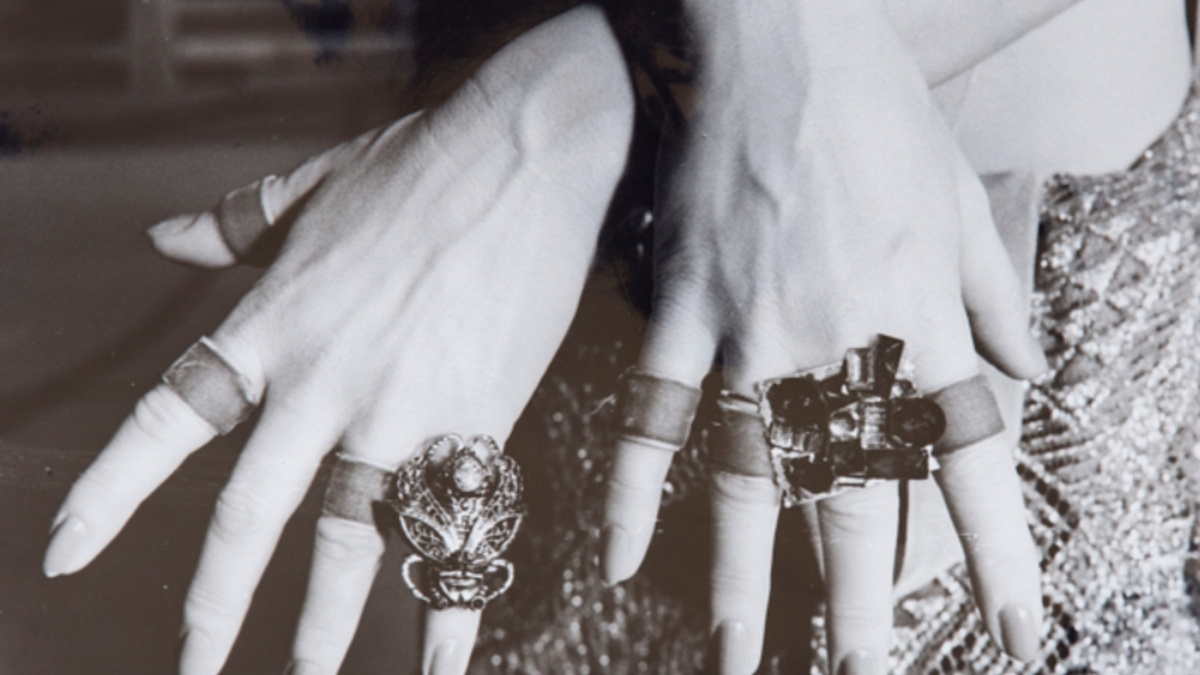 The first in a series of dark fairy tales by Ester Krumbachová.

Once upon a time there was a princess and three weird sisters came to visit her. They were incredibly moody and they gave her a gift. The gift was that no matter how she decided to do something it would somehow turn out badly every time. The result would always be quite different than she intended, and so it was.

It was the morning after a big party when the princess decided she was not going to continue living this way and that she would join a convent immediately. She needed to tell someone about this important decision before noon as she had become pregnant. Then the princess had the man responsible placed in a pitch barrel with a mattress to sleep on and a cheque book underneath. They threw him in the sea, to prevent him from talking too much and saying something he shouldn’t. She let him drift off wherever the current took him. Then, behind the back of her old, innocent, royal father, who didn’t suspect a thing, she quietly gave birth to a little boy. And he grew and grew, in secret underground vaults and chambers.

And as he kept growing and wanted to play more, the princess got locksmiths to put bars on the windows and secure the doors very tightly. Yet in the midst of this messy building work the boy of course immediately escaped. Wandering through the world, by chance, he met his father who had managed to free himself from the barrel. They told each other what had happened and embraced family style. Then they started to work together: they extorted lots of money for the gear they needed and they became such scoundrels and thieves that they were notorious throughout the world. Eventually the princess heard about them. She got so angry that she decided to confess the truth to her old royal father and ask for his assistance. Either he would help her to punish those two or she would immediately drink a glass of poisoned wine, which she already poured to show she meant business. Her father, however, was very short of hearing and the princess had to shout her confession and repeat it several times. So she sat near her father with the glass of poisoned wine, and he drank it at once. This was the better outcome because, that way, he never discovered the humiliating behaviour of his grandson: that news would have killed him.

Right after the funeral the princess set out on an expedition, determined to serve justice and punish those two rogues mercilessly. She left, brilliantly disguised as a countrywoman with a basket full of sheep’s cheese. However, under the cheese she had hidden a wicked set of deadly weapons. In the end, after a long journey, having found both her lover and son with the intention of killing them, she immediately fell in love with them and they with her. So now, reunited as a family, the three of them began to murder and loot together. Even greater notoriety followed them through the world than before, though that was also due to the fact that the firm had one extra member of staff. But their dark reputation didn’t really concern them. They just kept scheming and whatever they said they would do, they did. They had zero problems, they were happy and pleased that their decisions were right: everything always worked out well.

Of course, those three weird, moody sisters were biting their nails until they were bloody but those folks, if they haven’t died, are still looting and killing today. So their bad luck was broken because love prevailed.