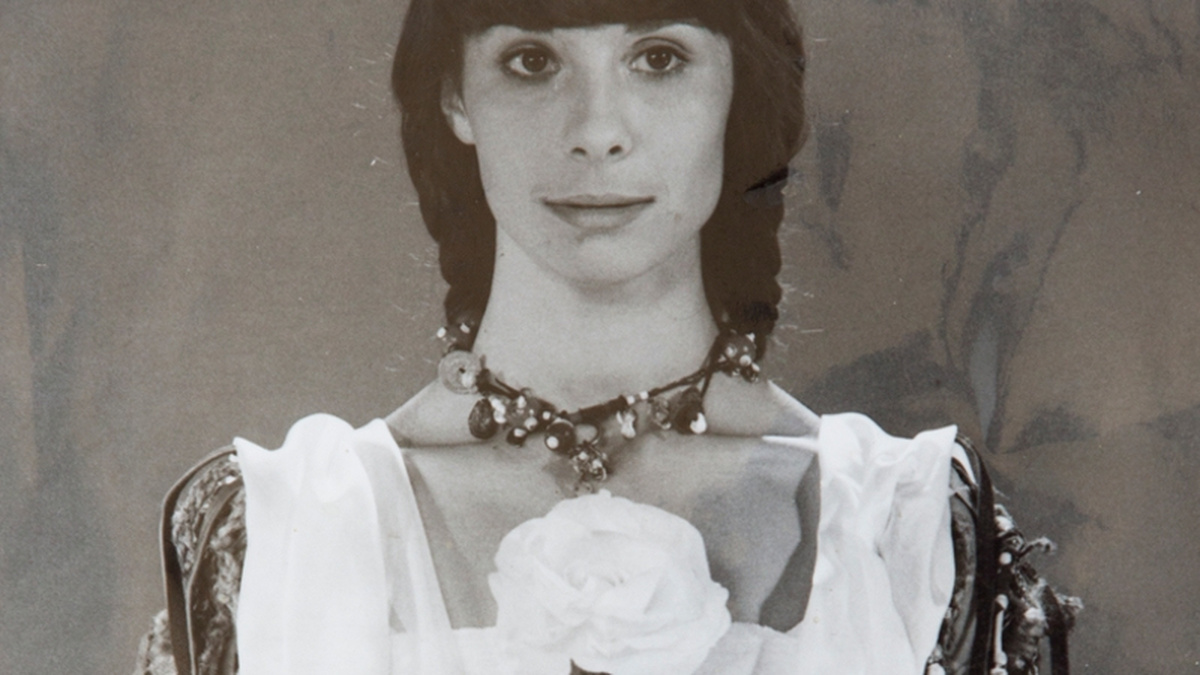 Second in a series of dark fairy tales by Ester Krumbachová.

Once upon a time there was a queen whose husband, the king, was always pottering around. He enjoyed reading but he wasn’t so much into ruling the kingdom. So, under some pretence or other, the queen had his head chopped off. Then she married a fake golden-haired guy so she could have a good time. They had a beautiful wedding and the wedding portraits were stunning, but as soon as the wedding was over the barmaids from the royal pub had their eyes on the fake golden-haired king. They were all competing for him, so much so that it made the queen’s skin dry and her nails started to break.

Even now the queen didn’t lose her faith in men: she married the barman. Later she had him executed too because he wasn’t so much into women: he preferred card games and by the end of the honeymoon he had dissipated her entire fortune. Thus the crown was lost and along with it the queen’s leather mittens with the red thumbs from Lapland.

After this devastating experience completely crushed the queen she withdrew into herself. Then she decided on a radical change and so she married a white angora rabbit, taking everyone totally by surprise.

The queen was finally happy. She fed the rabbit personally with clover leaves both to demonstrate her true love to him and out of guilt, because initially she had married him simply as a coldly calculated move with no genuine affection. Now she showered him with kisses and under his gaze she nibbled on leaves of clover which killed her.

At that moment the kingdom faced a future under the leadership of an angora rabbit. However, he quickly succumbed to depression, debilitated by sadness and poor nutrition. He died too.

The queen, though, was restored to life as it turned out the clover leaves had been cursed and only appeared to have killed her.

Widowed, she took control of the country into her own hands and speedily deployed spies throughout the land. She wanted to discover who had put a spell on the clover leaves destroying her happy marriage and leaving her bereaved.

From the countless reports she received, it seemed that every second person in the country could have been the killer, and that was not just among the common people but among the professional killers too. The queen didn’t want to escalate the expenses connected with this affair so she had everyone who might have been guilty executed, one by one. Knowing that being unlucky in love meant luck in the game, she privately started to play cards, just as the barman had taught her, by cheating so well that she could beat anyone, including the town mayor, the leader of the city council, and all her ministers and diplomats. She amassed a fortune that enabled her to finance more secret investigations.

Meanwhile, alone, she often ate clover leaves because she couldn’t forget about her dead husband and even though eating more than the average amount of clover leaves makes you very bloated, she lived to a ripe old age. Her lavish and magnificent funeral was attended by hundreds of people – those she hadn’t executed. This was the largest audience ever for a funeral, which felt like an appropriate stately occasion for such an amazing person. And, voluntarily, they inscribed the following on her gravestone: