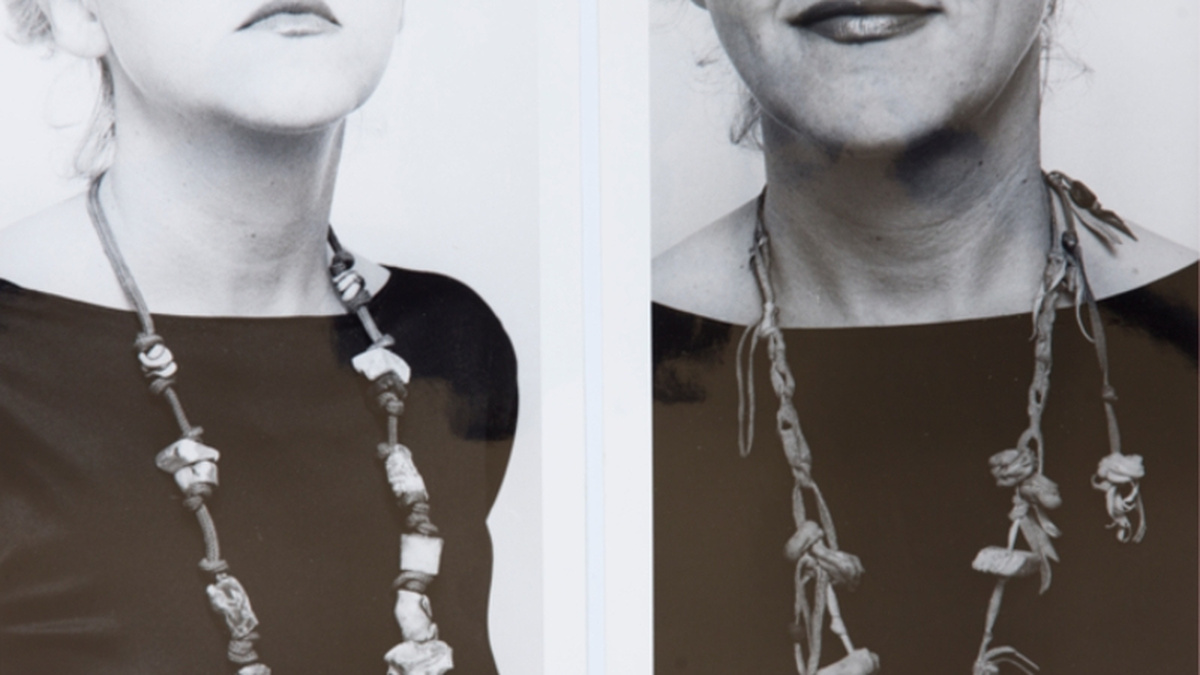 Fifth in a series of dark fairy tales by Ester Krumbachová.

A highly educated and very capable witch fell in love with a prince but the prince didn’t want anything at all to do with her. The witch, who was really in love, was strong-minded and she wasn’t going to crawl for him through idealism (though she did sometimes crawl from idealism). So, just to be sure, she turned the prince into a white snake giving him more time to think it all over. She left him in the forest on his own because she knew he didn’t like mice.

And damn! A farmer’s wife who had gone to collect some blueberries found the white snake and shoved him in her basket because white snakes bring luck. She brought him home to her husband’s astonishment and delight because they had debts. Meanwhile the amorous witch was driven crazy by this development. She went to the best witch sanatorium where the chief medical officer, immediately smitten by her, personally concocted and prescribed a relaxing cure. He was a wizard, very handsome, and a little over a thousand years old, so in this sense they made a perfect match but she turned him down as she was still pinning her hopes on the white snake.

The chief medical officer didn’t give up. He gathered together a few of his most highly qualified witches, gave them specific instructions and sent them to the white snake. One of the nurses changed into a butterfly and landed on the white snake’s nose while he was sleeping in front of the farmer’s house. By flicking her wings she told the snake about a nearby castle where there was a beautiful daughter. At the same time, the white snake felt thirsty and started to drink from a glass of milk which the farmer and his wife topped up every day to protect their luck and because they felt sorry for him.

A second nurse was already in the milk and once the snake had a sip he suddenly spoke to the couple in a human voice, instructing them to go to the castle and ask for the girl’s hand. Hearing him speak in a human voice, the farmers were so shocked they scalded themselves on the fresh vegetable soup they had been carrying in a big pot for their lunch. The two of them were in such distress that the farmer thought he was going to have a heart attack. In the meantime, the white snake was happily slithering in front of the house on his back. The farmer was trembling when he asked the duke for the girl’s hand, standing there demanding the hand of his daughter for a white snake. The duke was also surprised by this request. Earlier in the day he had been beaten in a chess game with some businessman from Bulgaria but the duke’s daughter, who was still flirting with this gorgeous tanned businessman, just laughed and said why not? On one condition: the white snake has to pick her up in a gold carriage pulled by four white horses covered in diamonds, and then she’ll see. Maybe she’ll even marry him.

So outside the window a gold carriage (the head nurse) drew up and there were four diamond covered horses (another four nurses) and a young handsome coachman (the nurse who had been the butterfly). So the daughter began to appreciate that this could lead to an interesting future and she became very interested in the snake though she couldn’t see him because the nurse in the milk had put him in a container for sterilizing syringes. The nurse had happened to be carrying a sterilizing kit: she always packed for every eventuality - so she put the snake inside and the prince slipped out of his snake skin. And that was something to look at – such a fine pair of good-looking fiancées.

As soon as the ceremony was over, the nurses gifted the white skin of the snake to the chief medical officer as a souvenir and, in return, he gave them new monogrammed brooms. And when the amorous witch discovered what had happened she completely understood that he did it all because of his feelings for her.

So she forgot about this unhappy episode from the past and after she crocheted a broom, she flew directly to the Chief’s office. She found him consoling himself in his office by kissing the nurse who had been in the milk. The witch fired her and made herself a little snakeskin bag for her marriage to the medical officer: they both looked amazing.