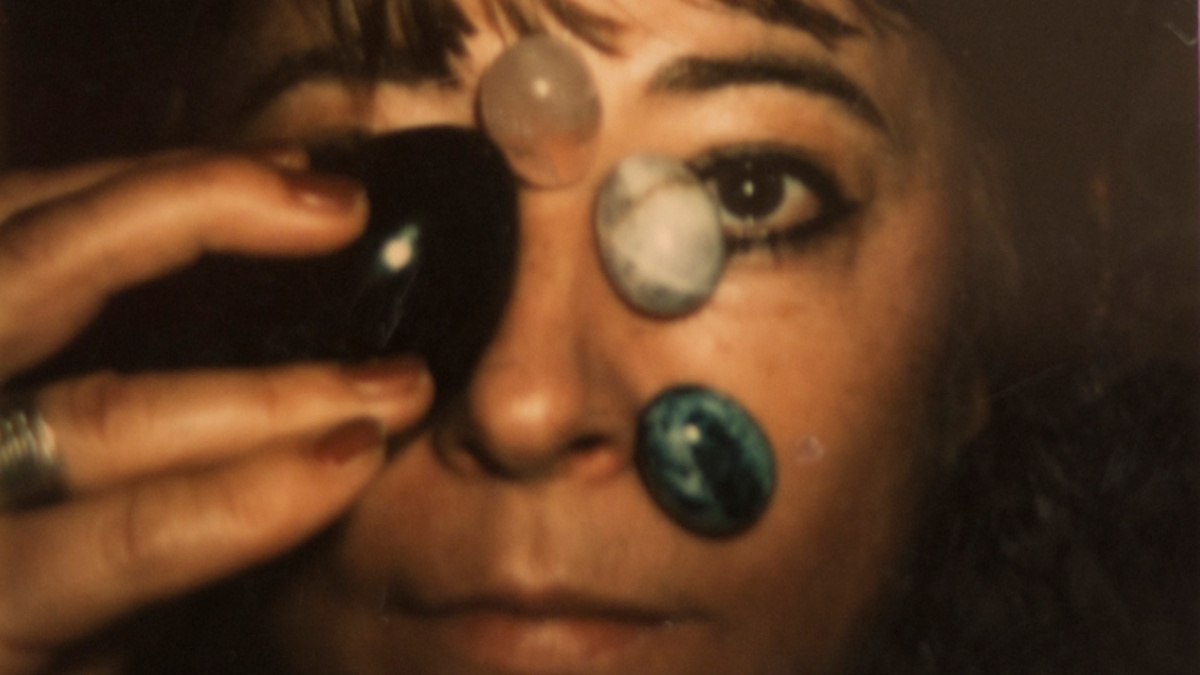 I have been researching the work of Czech filmmaker Ester Krumbachova in Prague over the past year.

Krumbachova’s archive material emerged in 2016 and two curators, Zuzana Blochova and Edith Jerabkova, began to create an archive, working alongside the artist Anja Kirchner. Having visited Glasgow during 2016’s Gi Festival, the curators felt the CCA/Third Eye archive offered a model for their work. Watching the archive grow, I was struck by how relevant Krumbachova’s life and work feels today. It seemed logical to invite the curators to make an exhibition at CCA in August and to encourage a contemporary response from local artists.

Ester Krumbachova was a key figure in Czech New Wave cinema in the 1960s. Having started as a costume designer in theatre she quickly found herself working in film just as a generation of filmmakers emerged in Prague. Soon she was working not only in costume design, but contributing to the creation of sets and colour schemes for each scene. She married another star of the New Wave, the director Jan Nemec, and she contributed significantly to his best known film A Report on the Party and the Guests (1966). The film was considered highly subversive and was condemned by the communist authorities. Later the same year, Krumbachova collaborated as set designer and writer with Vera Chytilova on the classic film Daisies. That film was an anarchic glimpse of two girls who create havoc in a society where there seems few other options, until they wreck a whole banquet at the end of the movie. The authorities condemned that film too (obviously disturbed by the dangerously wanton behaviour of the two girls but citing the wastage of the People’s food in particular as a reason to dismiss it).

In 1968 soviet tanks moved into Prague and gradually quelled the restlessly progressive population. By 1970 a period of ‘normalisation’ had been instituted, Chytilova was prevented from making another film until 1975, Nemec (who had documented the soviet invasion in 1967) chose exile and Krumbachova found herself persona non grata – expelled from the unions of art, film and theatre and unable to work. For the following twenty years Krumbachova’s life was essentially lived underground.

Occasionally she found work under a friend’s name but her most regular income came from amulets that she made in her flat. Working with Fimo modelling clay in her kitchen oven, she created raw designs that combined many materials in each unique necklace. The pieces not only demonstrate her widely known interest in alchemy, the esoteric and the transmutation of materials but they relate back to her innovative concepts in costume and set design. Krumbachova was widely acknowledged as a creative force because of the ways in which she influenced the actors through her costume making. In an interview she talks about this approach:

“Costume is not about clothing. Costume, both for the film and the theatre, is an event. Something from the story must happen in the costume. I myself have developed certain tricks. For example I would make one sleeve slightly shorter than the other. No one would really notice but there is a certain discord. Costume designers should understand that they are not dressing people in trousers or hats or shirts. They should see them as a way of modelling the character that is supposed to play in the film.”

And in a lecture for students she gives an example based on her work for the 1964 film Diamonds of the Night:

"The costume is a carrier of thought. It is a difficult job full of tension. Sometimes the costume designer must cope with some of the live actor’s characteristics that do not suit the role, that are spoiling the intention. So the designers must play a game with the actor until he changes or, a little bit in a Machiavellian way, until he tricks him…I found out that one of the two main heros had an unbreakable gesture, i.e. to comfortably, widely gesticulate with his arms…I arrived at a single solution. I cut off all the buttons on his jacket so that he was unable to button up and because of the cold, if nothing else, he was forced to walk hunched over and keep both his arms across his chest."

Her amulets maintained this philosophy, using a diversity of materials to create objects that constantly asserted their unsettling presence in the owner’s life.

In 1991 she was finally granted a ‘certificate of rehabilitation’. There were some brief opportunities to work again – a small exhibition of her artwork in Prague, a book in 1994 - První knížka Ester (The First Book of Ester) - and costume design for Marian, a film by Petr Václav in 1996. 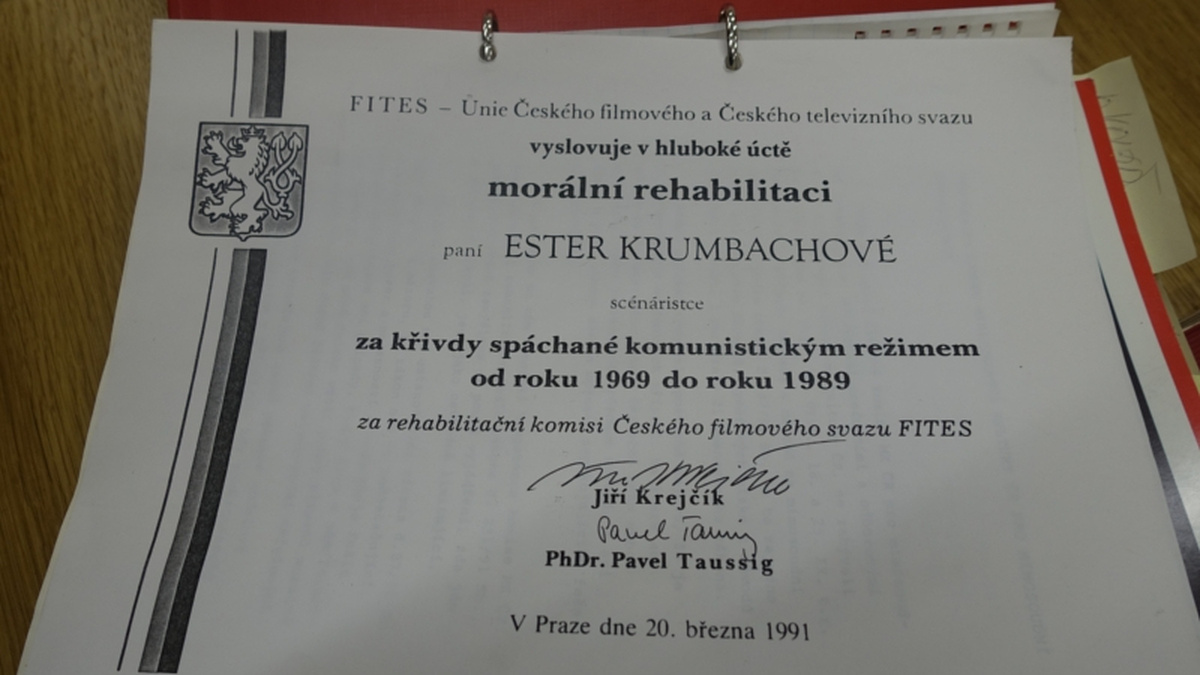 Perhaps the most intriguing aspect of those last works is her focus on writing. The First Book of Ester plays on her Jewish family background but the collection of letters and fairy tales points to a darkness and complexity in her work that still needs to be explored. The book is comprised of a series of letters ‘never sent’ and a collection of sharp, subversive stories.

The Ester Krumbachova exhibition will be at CCA from 11 August - 16 September 2018.