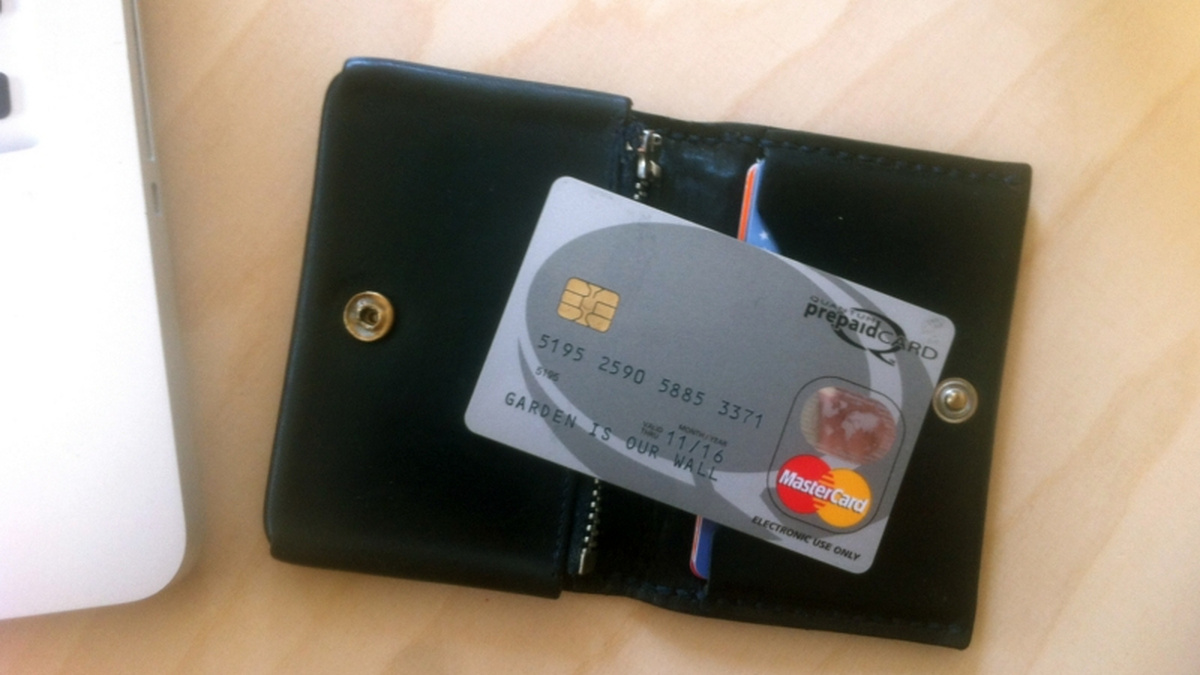 Gordon Douglas | “Gordon is Our Wall”

Gordon is Our Wall

The above is an image of the prepaid project card from The Garden is Our Wall, a series of events I produced as part of the exhibitions programme at Intermedia. The gallery sits on the second floor of CCA, and throughout April and May 2015, it played host to four events devised in collaboration with four independent practitioners. Each event was developed in a partnership consisting of myself and one of the invited practitioners, and we had roughly a year to work on them. The events seem to have disappeared from the CCA online archive now, but for posterity they included (in order of appearance): a fan-fiction night with James Harding; a social drinks event with Stefanie Cheong; a screening and floor-turfed installation with Tess Vaughan; and a workshop on neighbourliness with Jake Watts. The conversations drew from the case of Planty Park, Krakow, an early example of garden city urban planning, where the park famously replaced the city’s historic wall. I didn’t necessarily want to pin the project down with this historical analogy and we certainly didn’t dwell on it, but I did want to speak with it to try and understand the drive to move from a physical defence to an ‘image-as-defence’.

I had originally intended (and proposed) to approach the authorship of The Garden is Our Wall fluidly, hoping that the collaborative working method we cultivated would be non-hierarchical and equally responsible. However, as dialogues moved forward, and direct lines of communication with individual partners were established, it became clear that the impossibility of this had already been set in motion. By setting out with a duty of care to the four practitioners, I had predicated my own job spec. By maintaining autonomy for each of the creative outlets, I had undertaken the upkeep of general, and relational administration, carving out a role with the primary focus of protection. As a central node between the four floating events and multiple partners, the role was not a void but a doorway between intersecting walls. The process had unintentionally evaded group situations at first, meaning that I personally performed the interface that channeled decisions, messages, and entry points for each partner. In parallel to the questionable, dishonest, and sometimes tokenistic processes of image-making in co-design that I was hoping to critique, I ended up echoing and amplifying the same processes, building walls that we co-existed within, and masking this network with ‘collaboration’. As I grew conscious of this separation and gating, the production and maintenance of these demarcated territories for ‘autonomy’ (and the possibilities for creative outcomes that could inhabit them) became the major research that was taking place.

‘Gordon is Our Wall’, a comically apt pastiche that kept rattling around in my head, became a phrase that seemed to capture that interface function that maintained and gave conceptual depth to the curatorial aspect of the project. The wall, the gate, and Gordon, all became flexible depending on the needs of the individuals and the territory they required. Thin films that abstracted and summarised the productivity of other partnerships, whilst directing individuals towards individuating themselves. Maybe it wasn’t a wall, but it was a gravity, or something that pulled satellites within this impossible vacuum. Drawing attention. A gravity which stemmed from the ability to expend energy.

In some ways, the prepaid card felt like the only truly representative image generated by the project; or maybe it was the only image that served as document for the performance of sustaining this complicated network of production. It was the image of support, a comforting gesture that our decisions were right because they were funded. It was a semi-monitored tool that racked up expenses and packaged them for evaluation. It was the image of power, a private currency brought to every meeting. It was always only ever one, and therefore could only be walleted by one person.

I carried it, like I carried around the administrative duties of catching up with every partner. If invisible gravitational fields had something to do with it, then the card seemed to mask this vacuum– after all, the money that existed and was given to us didn’t really exist. Just digital numeracy. It was also a mask to the empty space occupying Intermedia that existed temporarily between the events. The conceptually airtight void, existing as an anti-rhythm between events, was a relatively frictive action in the context of the open-source policy. It was the subject of many emails between myself and the organisation, and a problematic that I will return to later.

After the project, I wondered if Elmgreen & Dragset had a joint bank account. Does ChimPom have a shared debit card? How about Guerrilla Girls?

I stumbled across a project online by Emma Hedditch, Ilya Lipkin and Ginger Brooks Takahashi, that much more successfully articulated a politics within image-making collaboration. To paraphrase (although a relatively short, detailed account can be found here), Hedditch describes how the three were invited to occupy a storefront in Soho, New York, and to use it for exhibitions until the building was sold. The three artists were uncomfortable with the kind of collaboration they had become complicit within, the instrumentalisation of the arts in civic regeneration. Rather than producing images of an invited ‘art’, temporary images were produced when one of them would wait for another at the nearby street corner to hand over the single key that they shared. Or when the three of them would discuss if they wanted to throw a cement block through the window. Or when one of them would debate whether to leave the storefront open all night. There’s a digital image of the key in one of their hands that seems to picture the awkward predicament encountered when being entrusted and expected to deliver artistically. The communal ownership and distribution of this weighty trust, seems to be subverted (or perhaps deviantly distorted) by more than one person taking ownership of that trust. Hedditch, Lipkin and Takahashi seem to provide an answer for where responsibility might lie at any given point within the collaborative body. For me, this is a picture of resistance within neoliberal models of collaboration, and an imaging of the informal transferral of responsibility within collaborative bodies.

The image that documented The Garden is Our Wall told a different story, one of individualised control over the flow of capital, and on a self-critical downer, one that standardised our collaborative working dialogues as purely transactional. However problematic this particular project was, it spotlighted to me that collaboration is always an economy, and its language is so entrenched in an austere, neoliberal psyche. My naïve steps into this realm in 2014 ended up being the core, fundamental drive to the project– the criticism of the performance of ‘collaboration’, and the compromised irrationality we submit to when working with people. I was overly transparent about this, with an artistic outlet existing as image in the event marketing. All logos from the supporting bodies were superimposed like balloons on a self-designed poster: O2, Hope Scott Trust, GlasgowLife and CCA Glasgow floating around the prepaid card.

I think this is potentially a much larger subject of support that I hope to work through whilst embedded in CCA for An Opposites Programme. But to trace it’s fundamental research drives back to The Garden is Our Wall, the first question was: How are images built and used to defend persons from cultural or international criticism? And the question that arose was: To what extent is collaboration an image, and how can this image be used to seize and maintain individualised power? Since the project at Intermedia, ‘collaboration’ as a term for me has deepened to an incredibly complicated, shady and nuanced economy of individualised cultural capitals, blanketed by a communally held, glowing virtue that it’s good to work together. In some ways, the garden (as a naturalistic metaphor of ecology, rhythms in co-existent harmony) is our wall– a thin membrane glazing over the seizing of nutrients by the powerful; intolerated performances within nature; and the failure to see our ecology governed by a gardener.

To return to the image: CCA has since introduced an image guide for its marketing strategy that would exclude my prepaid project card if it were used today. I have to now decide on an image for An Opposites Programme, one for the brochure and one for the website. I scroll through previous marketing images for inspiration, and am interested in the standardising of personality that the image guide engenders. For me, it’s a kind of tuning device, a conductor to the multitudinous chorus of events taking place in the open-source. My task in producing an image has been my first hurdle, and has been pivotal in understanding the role that marketing plays in maintaining an institutional image and personality for the open-source programme.

I decided to treat the action of image-making as a communal endeavour, or at least as something that could be an ice-breaker between me and a few members of staff. Julie, the communications manager, and Jon, the operations manager (building), were both active in resourcing the means for the image. Helmut, who is currently interning within the marketing department, provided guidance on which image to eventually choose.

About An Opposites Programme

Performance artist Gordon Douglas is working with CCA towards a performative audit of our open source policy, a programming model that offers free and temporary public use of many of the organisation’s spaces and facilities. An Opposites Programme will be the realisation of this audit – a series of in-house workshops, public events and performances taking place throughout 2018-19.

By imagining the policy as a performance score, and the organisation and its stakeholders as performers, the research aims to seek out the habits of decision-making, responsibility and evaluation that are enacted on a daily basis. What kinds of interpretation does this allow, and how might considering it in this way highlight repeated (and neglected) gestures as they occur over time?

In the past, Gordon has conceived and maintained working dialogues with practitioners from arts and non-arts backgrounds, investing time into understanding performativity in collaborative and organisational practice. Whilst at CCA, he will be thinking through the implicit social contracts we submit to when joining groups; registers of critique on organisational futures; and the potentially exploitative behaviour we mask by calling a practice ‘collaborative’.

An Opposites Programme aims to embody some of these questions by hosting staff, open source contributors and independent practitioners by occupying challenging spaces around CCA: the air conditioning vents, the artist’s residency flat, the reception desk, and an abundance of other awkward sites around the building.