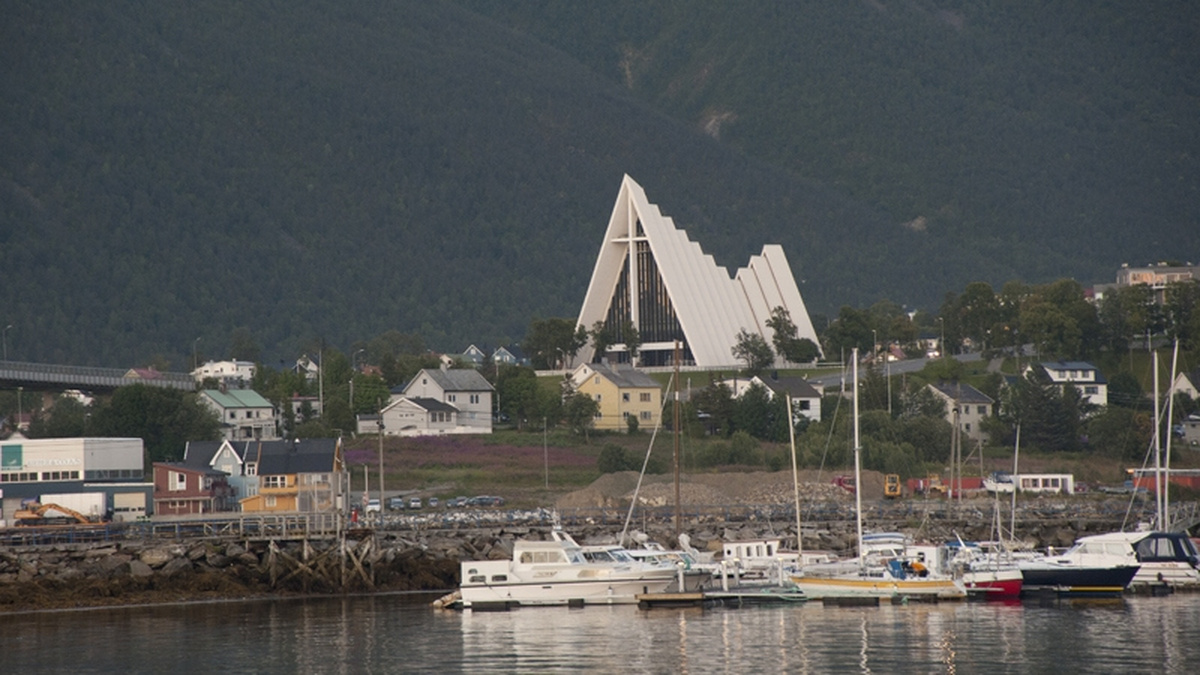 "the sun never quite sets, and the light is clear and granular..."

This is the first in a series of editorials where we’d like to tell you more about some of CCA’s activities. As this is the third and final year of High-North, our residency exchange with Tromsø in Norway, it seems appropriate to begin with a description of the work we’ve been engaged in there.

The exchange was proposed by NABROAD, a Norwegian organisation based in the UK that aims to generate international collaborations and to help artists and arts organisations network across Norway. The idea was to select three Norwegian artists for five-month residencies in the UK – offering them joint facilities with CCA and Glasgow Sculpture Studios in Scotland and the Baltic in Gateshead. In parallel, three artists from Scotland and England would be chosen to take up residencies in Tromsø.

The artists selected were:

Tromsø is in the far north of Norway (it’s often called the ‘capital of the arctic circle’) and it has recently begun to raise its cultural profile. A new school of art was established there in recent years and its infrastructure of galleries and museums has been strengthened too. The landscape of the city is remarkable: Tromsø is the last large urban settlement before the arctic proper and there is a hint of pioneering in the air. In the summer it has ‘white nights’ when the sun never quite sets and the light is clear and granular. For most of the year though it experiences long dark days of blue light.

This might seem an unlikely place for intense cultural activity but in fact Tromsø has several landmark events. Within its film festival it includes a very successful silent film series each year and the Verdensteatret is the oldest cinema building in Norway. Bands such as Röyksopp also hail from the area and there is a deep electronic scene in the city. Given its northern location, it’s also linked to Sami culture, and you quickly become aware of the continued importance of reindeer herds, Sami language, Yoik singers (check out Adjagas on YouTube and the singing of Lawra Somby or his father Ande).

The presence of the Sami remind you that there are tensions in the far north at the moment – the rush for oil and gas, combined with the transformations of the landscape by climate change are creating problems for the older culture. The Sami have traditionally run their herds across the arctic region (the national boundaries of modern northern countries such as Norway, Sweden and Finland were not their borders). Today herding is protected but remains under threat from many sides.

Tromsø lives on the edge of the art world – a position Glasgow understands too. Creating art in the high north is something that presents challenges and, more frequently now, unique opportunities to address contemporary issues frankly and without the preconceptions that come with a long tradition of the avant-garde.

For CCA/GSS and Baltic, the exchange represents a shift in our perception. It is easy in the UK to look south continually – weather maps and the media try to persuade us that we are part of a more temperate zone. The weather itself, and a good map, tell us that we are much further north and have just as much to gain from forging links with our peers in other northern countries. The art school in Glasgow has had a long history of students from Iceland, Norway, Denmark, Sweden and Finland and the art community in the city still reflects that today. The High-North exchange builds more consciously on this existing network and allows us to refresh the links, finding out more about what is happening in those countries now.

The length of the exchange has also had a significant impact on CCA. As we have a flat within the building for visiting artists, we are kept in touch with art making on a daily basis - distracting us from the bureaucracy that might otherwise consume us. With a five-month exchange you get to know the artists on a deeper level and their engagement with the city and the artistic community is also more profound. Arild Tveito and his family, for instance, decided to remain in Glasgow for a year after moving here for the residency.

Now that we’re moving into the final year of this exchange project we will all begin to evaluate what we have learnt and hopefully share this experience more publicly. The challenge too lies in asking what is next in this enterprise and developing a longer pattern of cultural exchange within the high north.