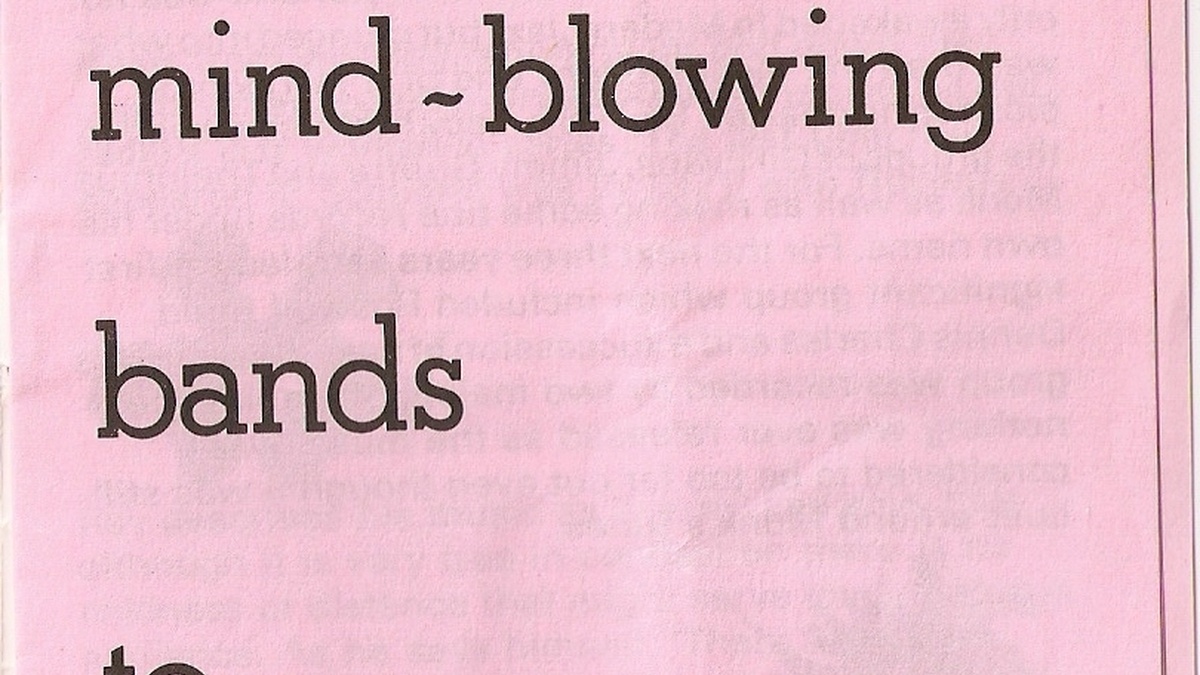 Jazz at the Third Eye is a Creative Scotland funded residency at the Centre for Contemporary Arts dedicated to establishing a digital archive of jazz and improvised music at its previous incarnation, the Third Eye Centre, from 1975 to 1992. Dr. Stewart Smith presents and discusses material from the Third Eye archive.

One of Tom McGrath’s most impressive pieces of programming during the Blythswood Square era was the Scottish Arts Council Glasgow’s Season of International Avant-Garde Music. Running between August and December 1973, the series featured Sonic Arts Union, Steve Lacy Quintet and Ray Russell Quintet. Instant Composers Pool - the Dutch collective led by composer-pianist Mischa Mengleberg - were due to play but sadly cancelled. The gigs took place at Partick Burgh Hall, with the exception of Steve Lacy, who performed at McLellan Galleries.

This is the promotional leaflet for the event, courtesy of Edward Kitchen. In addition to details of the concerts, the flyer announces the formation of Platform, the SAC funded jazz organisation who put on many shows at the Third Eye over the years. McGrath was a founding member of its Glasgow chapter, alongside Bill Kyle and Jim Waugh. I’ve pieced together some details about the gigs based on the archives, but if anyone has more information, memories or material, we’d love to hear from you. 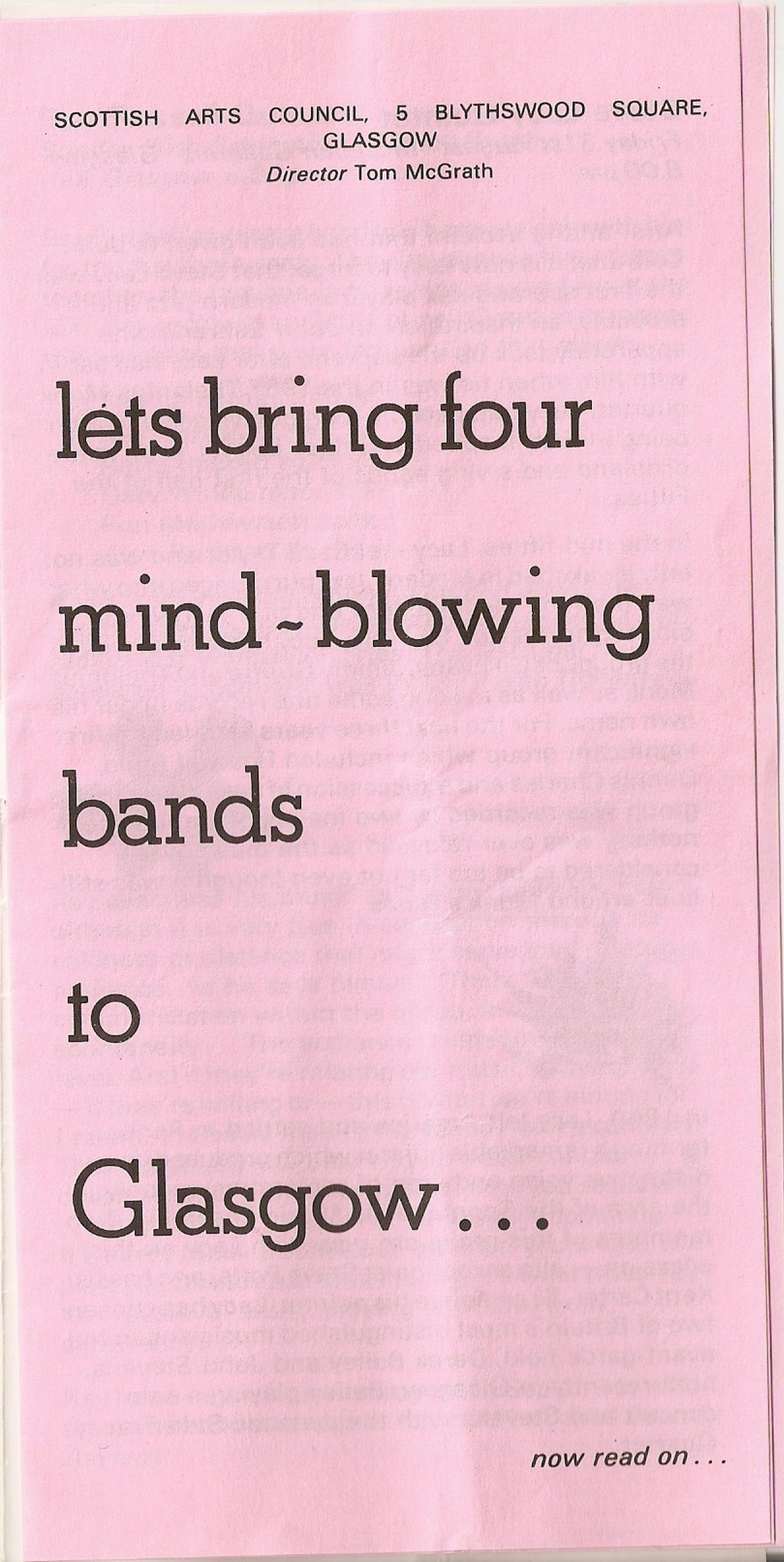 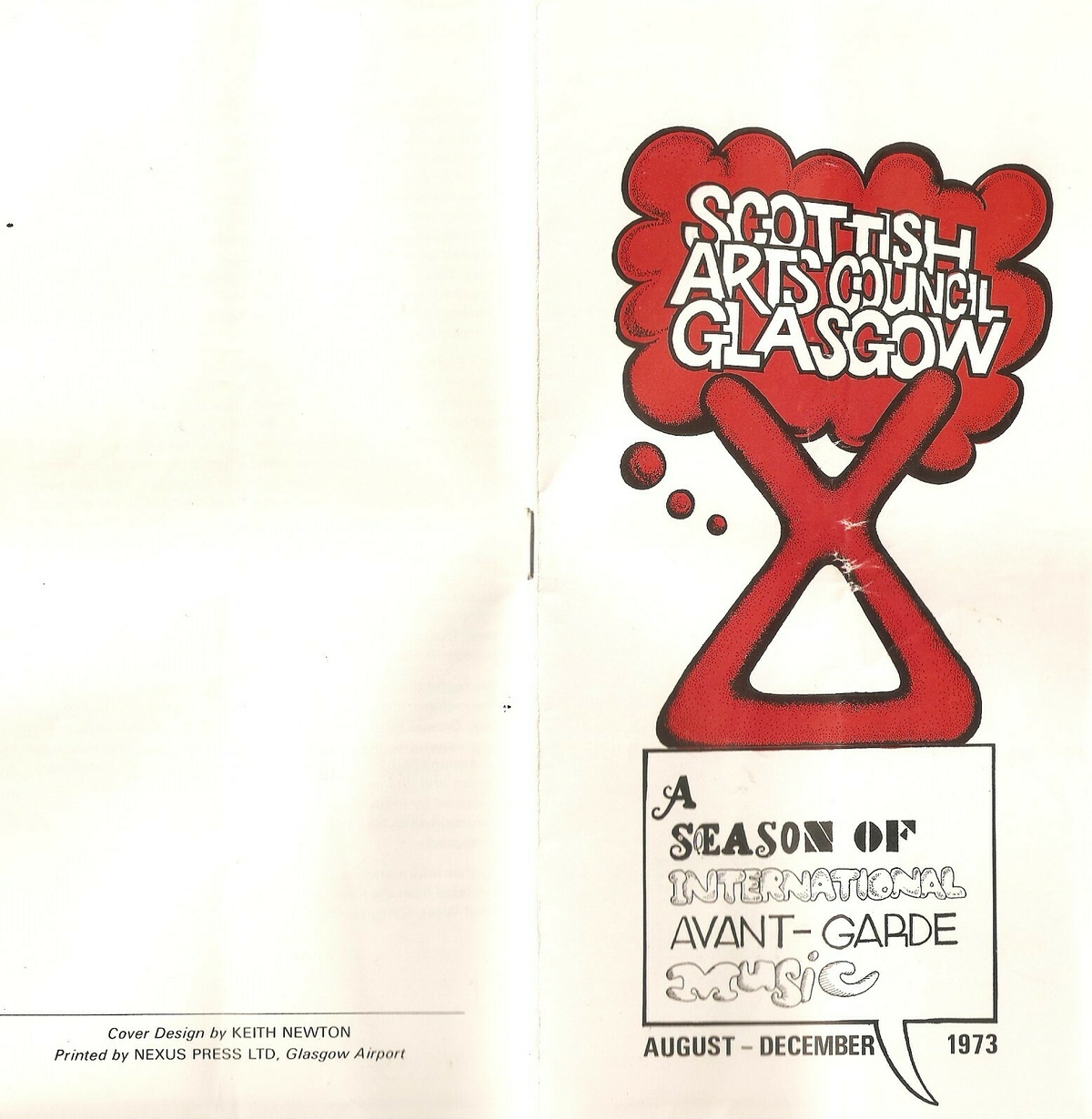 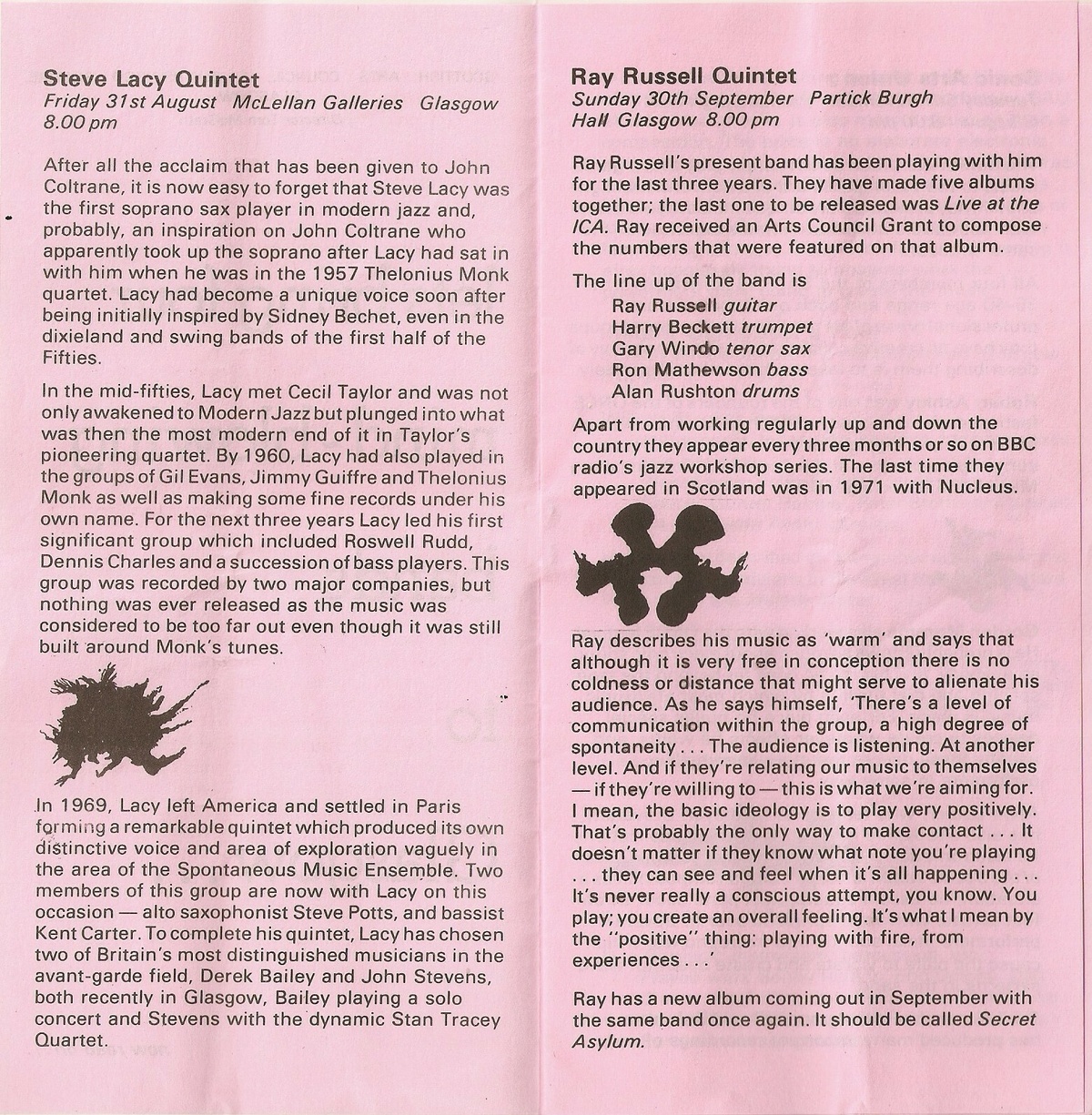 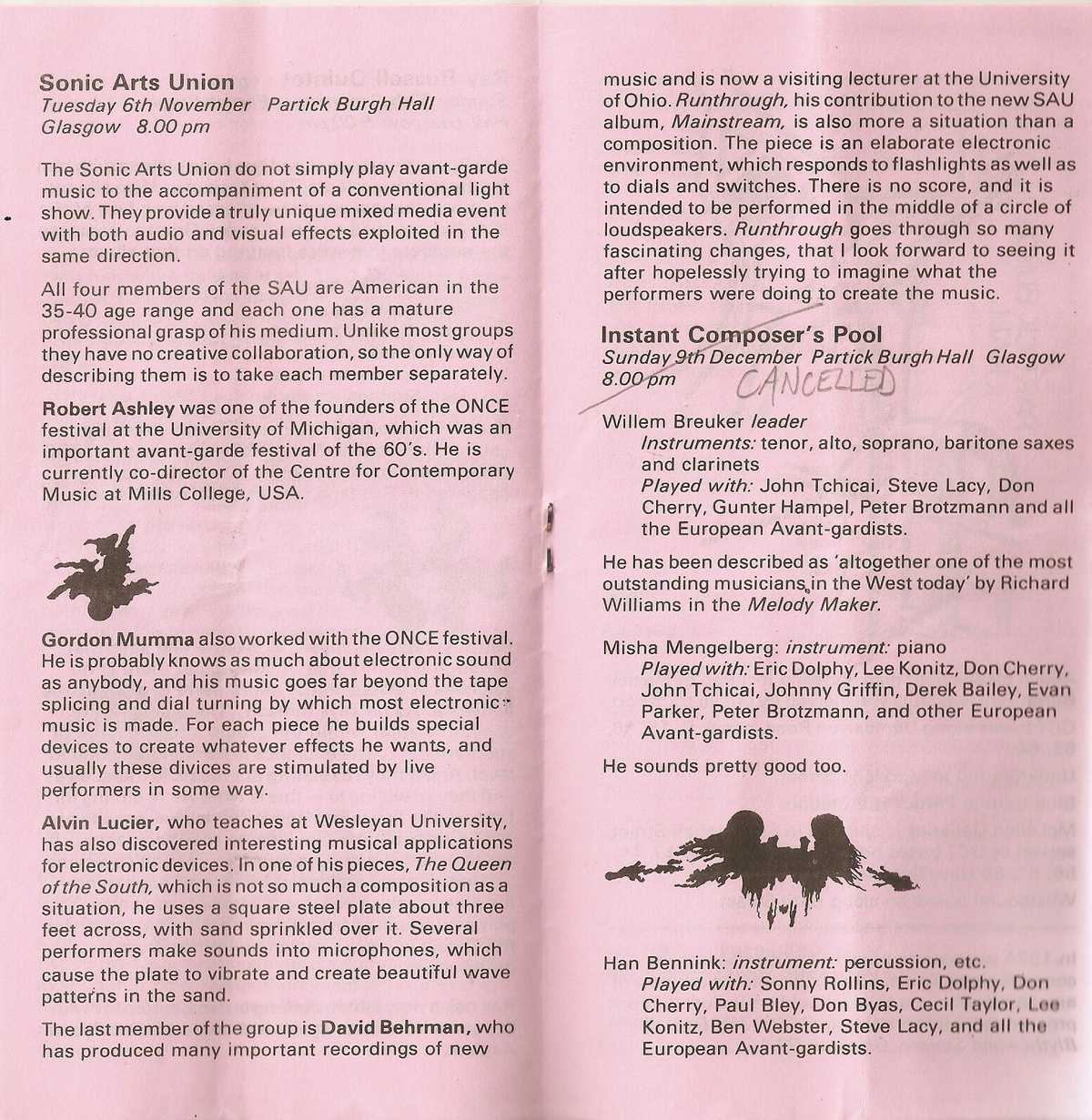 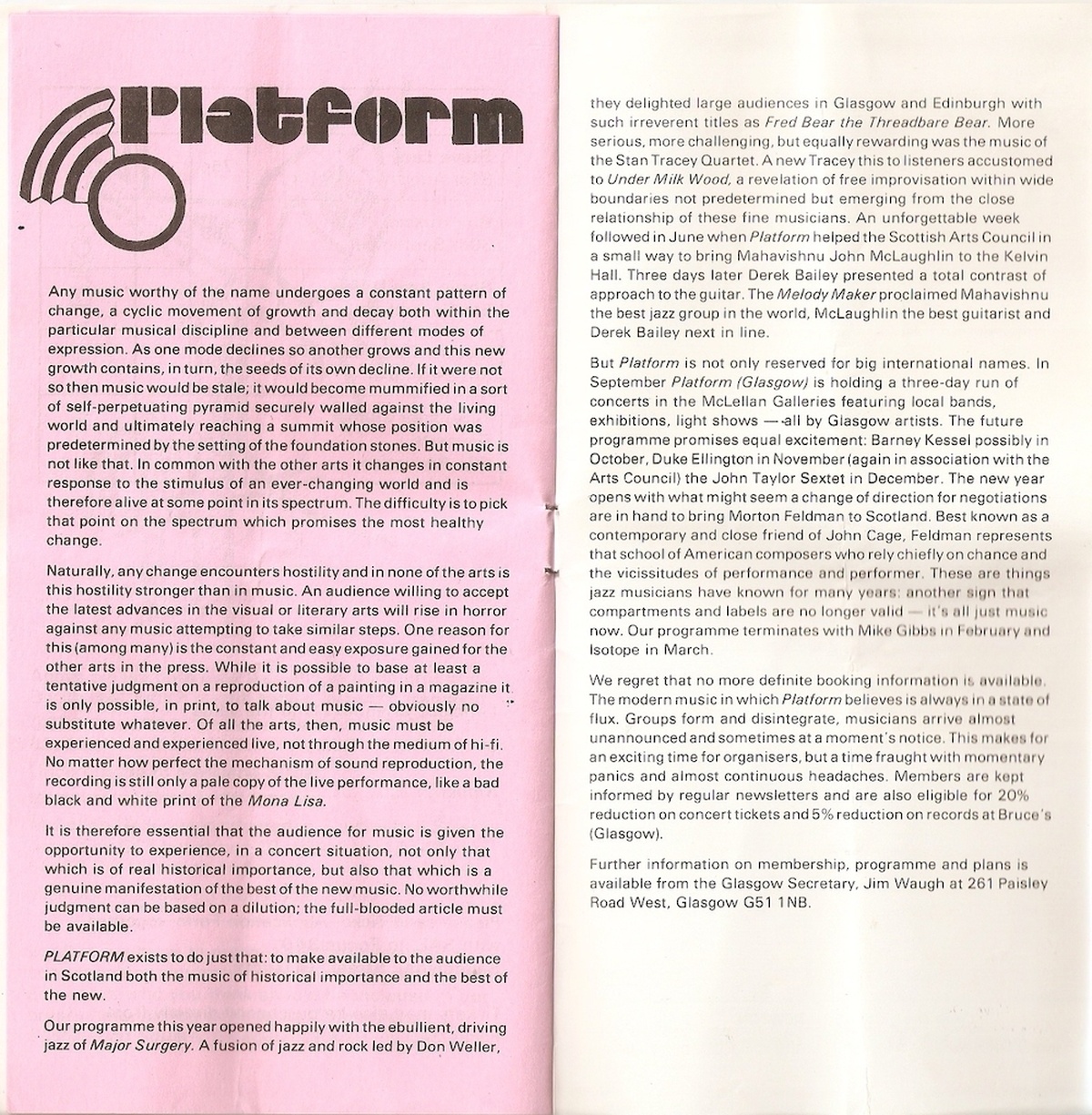 Steve Lacy (1934 - 2004) is widely recognised as a master of the soprano saxophone. Starting out as a progressive Dixieland player, in the late 1950s he became involved with the jazz avant-garde through his association with Cecil Taylor. In 1970 he moved to Paris, becoming involved with the European jazz and improvisation scenes. His 1973 Quintet brought together heavyweights from the American and British scenes: alto saxophonist Steve Potts and bassist Kent Carter, guitarist Derek Bailey and drummer John Stevens. Recordings of the group in London appear on the album Saxophone Special +. Lacy would return to Glasgow on numerous occasions, with his final performance taking place at the CCA’s Free RadiCCAls festival in 2000.

Ray Russell is one of Britain’s leading electric guitar virtuosi, joining the John Barry Seven in his teens, and going on to work with everyone from Tina Turner to Gil Evans. Around the time of his Glasgow gig, he was making some of the heaviest music of his career. His 1973 album Secret Asylum ranges from swirling psychedelic jazz to fuzzy freak outs. We can only imagine what his Glasgow gig was like, but a detail in the expenditure sheet suggests it was a pretty wild affair: “fire eating act £25”.

This may have been a regular feature of Russell’s shows, but future Platform director Roger Spence suggests it was a one off, with McGrath’s sense of theatre and counter-cultural nous all over it.

The Quintet is the same as that on Secret Asylum, with Shetland-born bassist Ron Mathewson in place of Daryl Runsick. The British-Barbadian trumpet/flugelhorn great Harry Beckett would become a Platform regular, and maintained strong connections to Glasgow throughout his career, performing with Glasgow Improvisers Orchestra, Bill Wells, and the Burt-MacDonald band in later years. 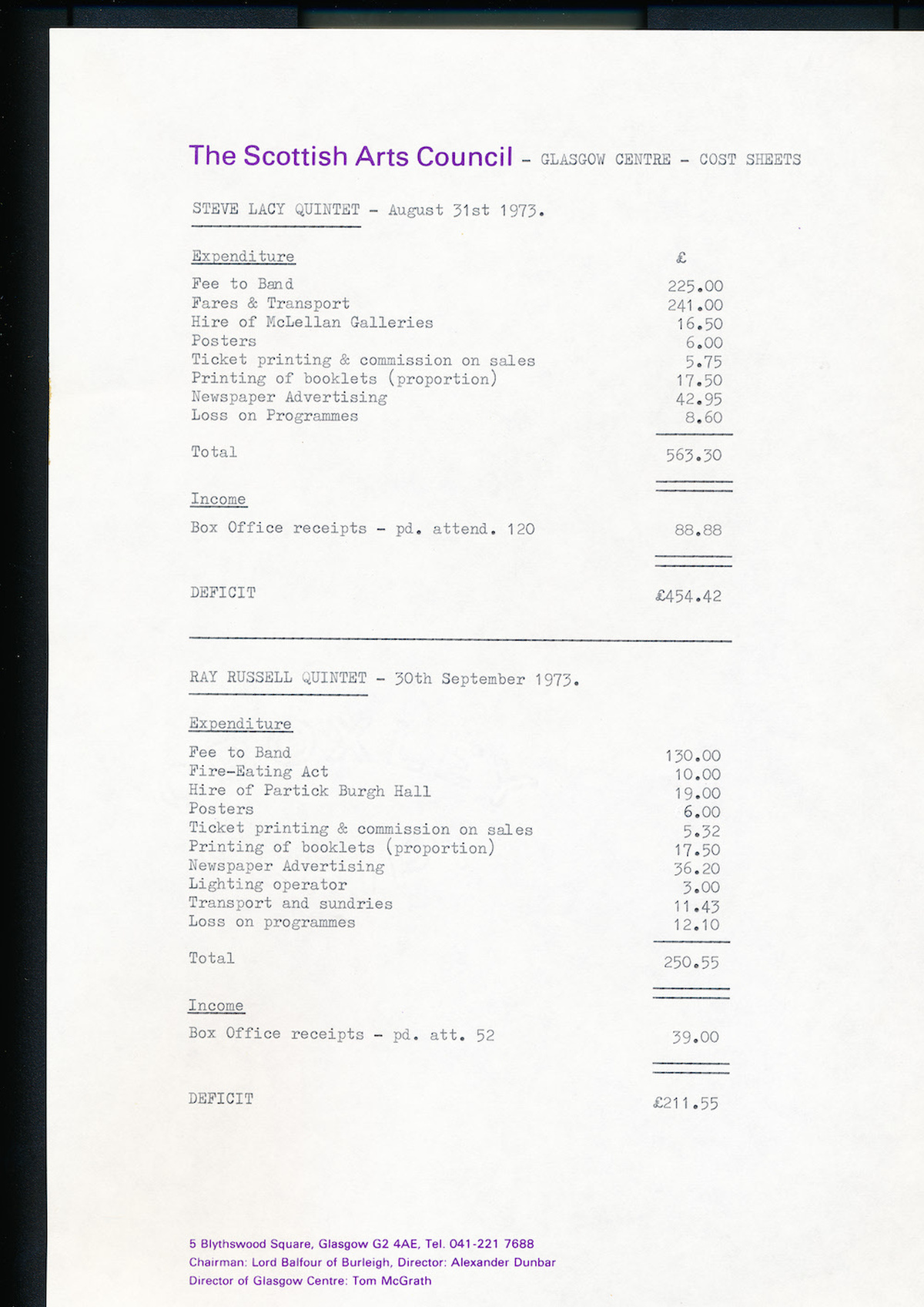 Sonic Arts Union was a collective of American experimental composers active between 1966 and 1976. The founding members were Robert Ashley, David Behrman, Alvin Lucier and Gordon Mumma. The Third Eye archive includes a leaflet for a contemporaneous London performance. Each composer performs their own works, with assistance from the others. It’s a good indicator of what the Glasgow programme might have been like, with film, tape and synthesiser pieces.

Lucier, who sadly passed away at the age of 90 in November 2021, made a triumphant return to Glasgow in 2014, when the BBC SSO performed several of his works under Ilan Volkov at the Tectonics Festival. He also gave solo performances, including ‘Nothing Is Real’ where the music of The Beatles resonated inside a teapot. 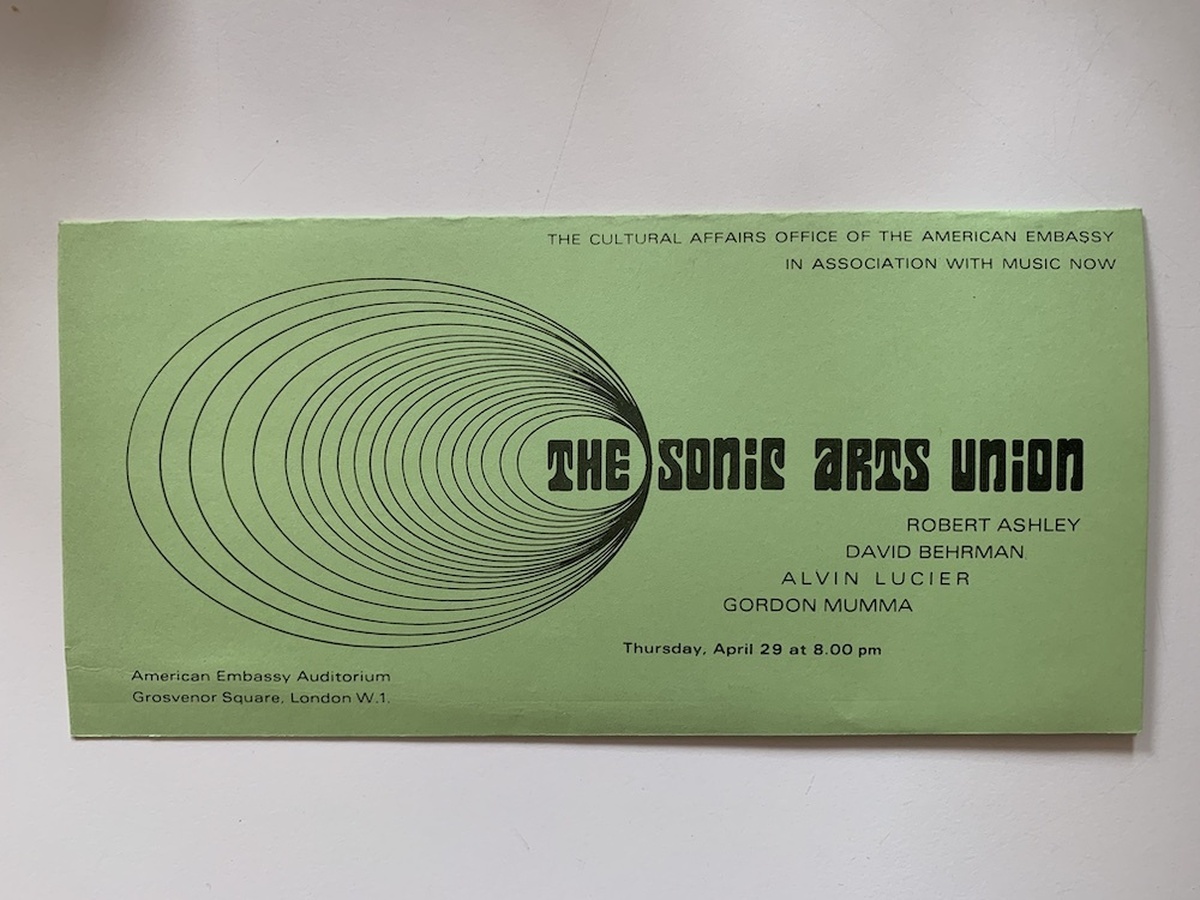 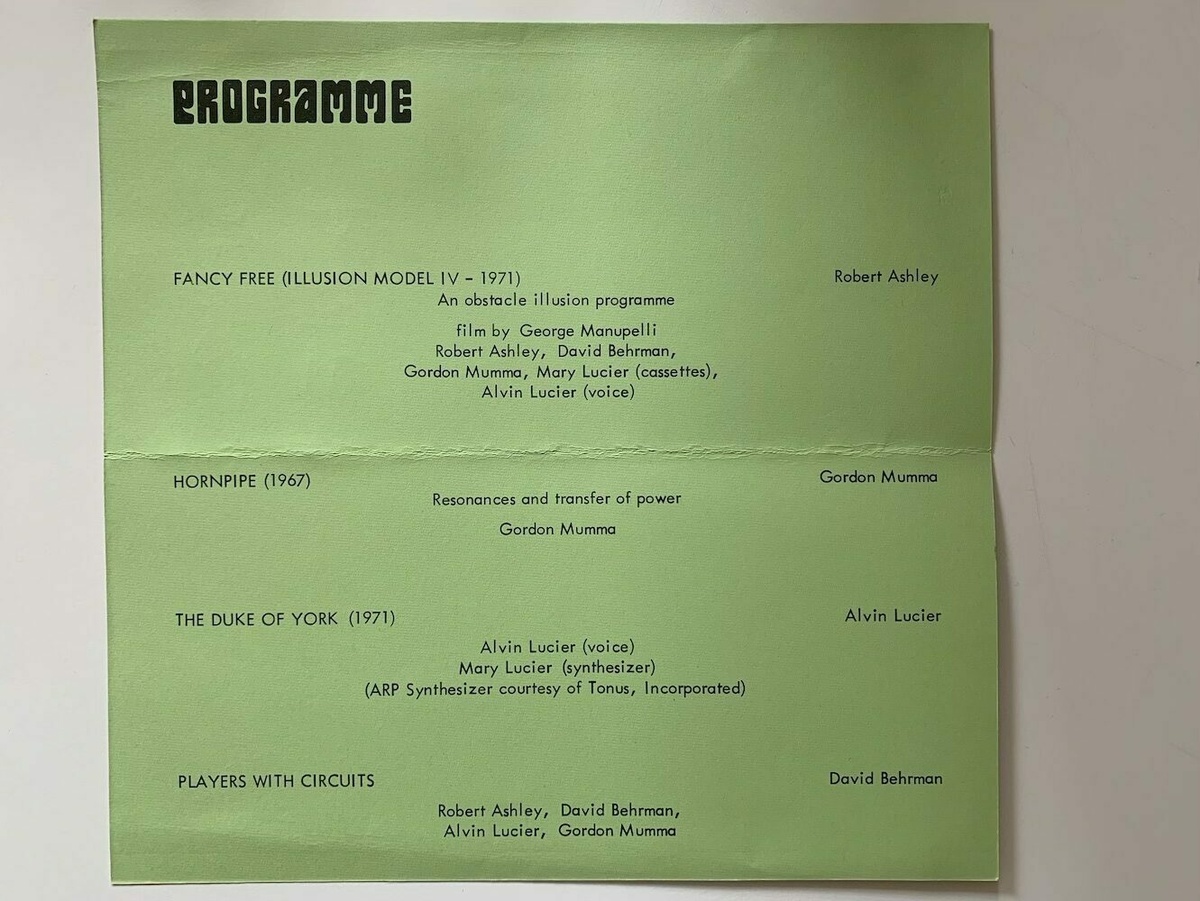 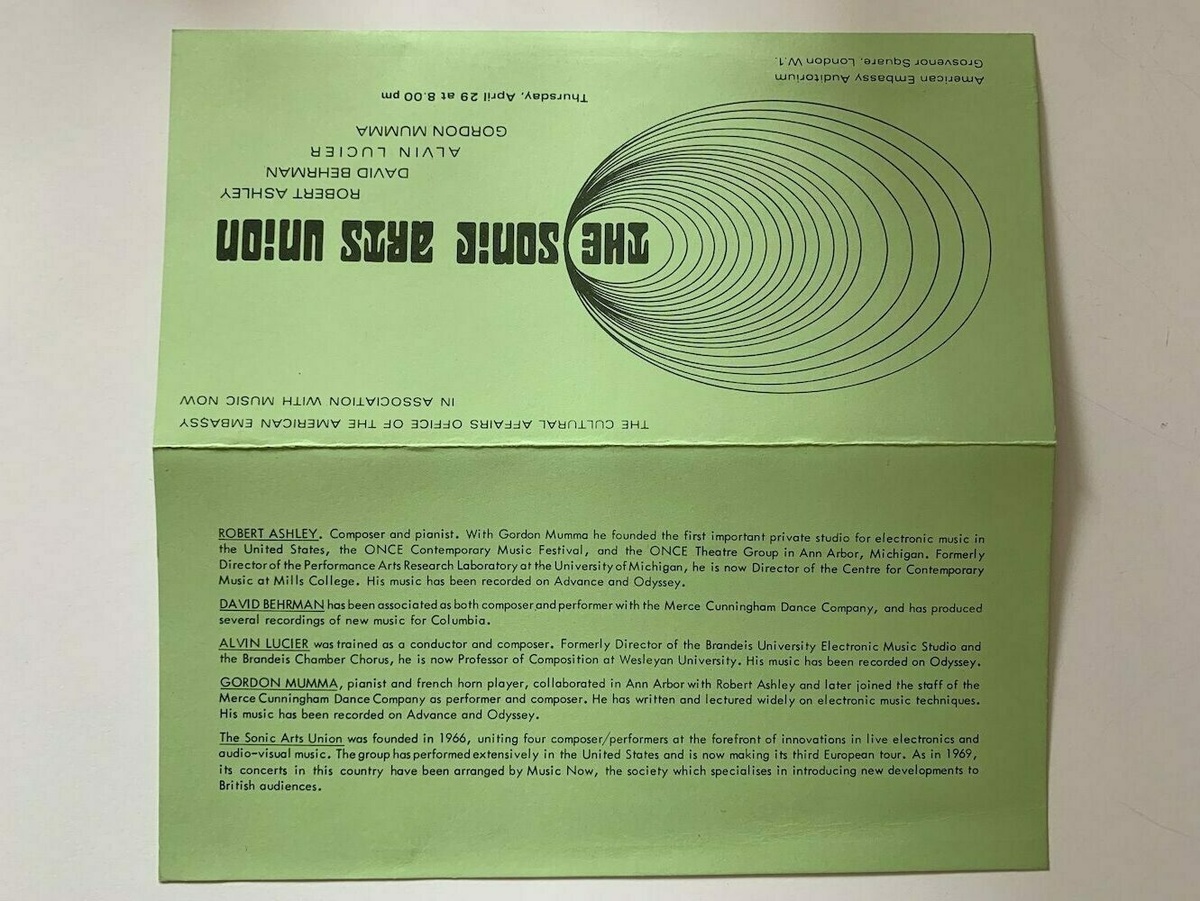