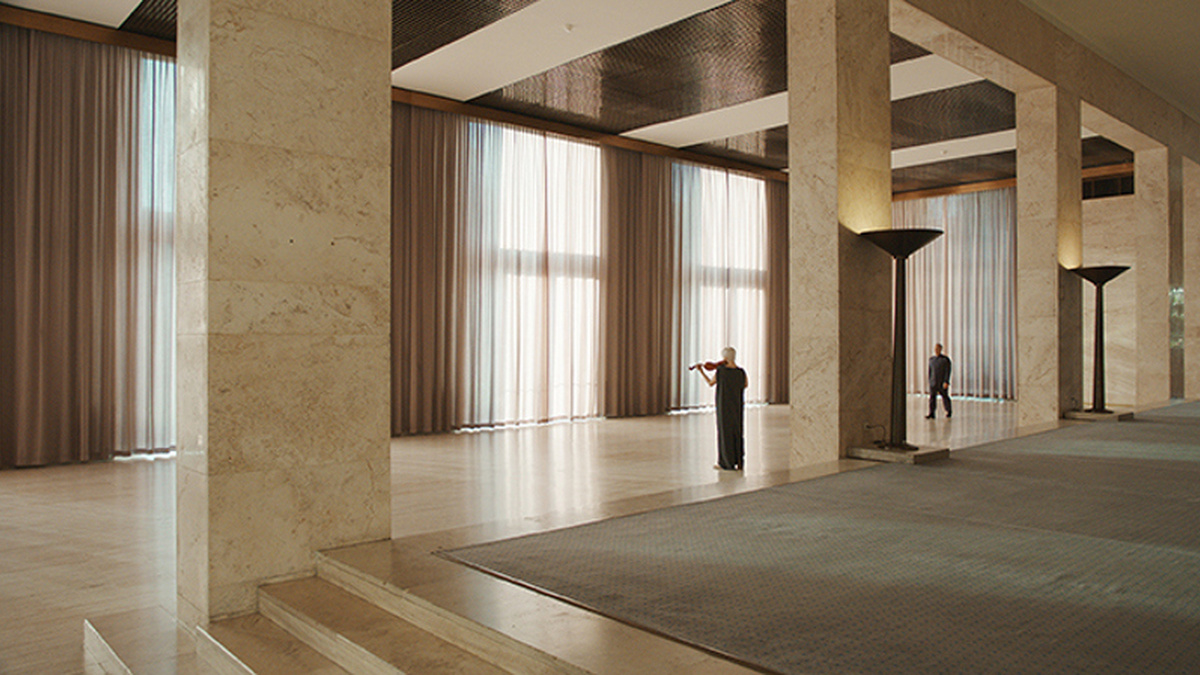 Bringing together practitioners from the arts, theory and social activism the 12-Hour Non-State Parade will set forth an alternative imaginary in which the hidden powers of the contemporary state will be unpacked, subverted and redressed.

Indicated by but not limited to the ideologies circulating in Jasmina Cibic’s exhibition The Pleasure of Expense at Cooper Gallery, the 12-Hour Non-State Parade will be led by Keynote Talks from Birgitta Jónsdóttir (Poetician and a former parliamentarian for the Civic Movement & Pirate Party in the Icelandic Parliament), Pinar Aksu (Human Rights Activist and & Theatre of the Oppressed practitioner) and Dr Rebecca Gordon-Nesbitt (Researcher, author of To Defend the Revolution is to Defend Culture: The Cultural Policy of the Cuban Revolution and the Labour Party’s parliamentary candidate for South Thanet). Steering the flow of the Parade is our Navigator, Angela Dimitrakaki.

Tickets for the symposium are free and can be registered via Eventbrite.

Transport between CCA Glasgow and Cooper Gallery Dundee for the 12-Hour Non-State Parade has been made possible with support from CCA, as part of the parallel programme in both venues featuring works by Jasmina Cibic this Autumn.