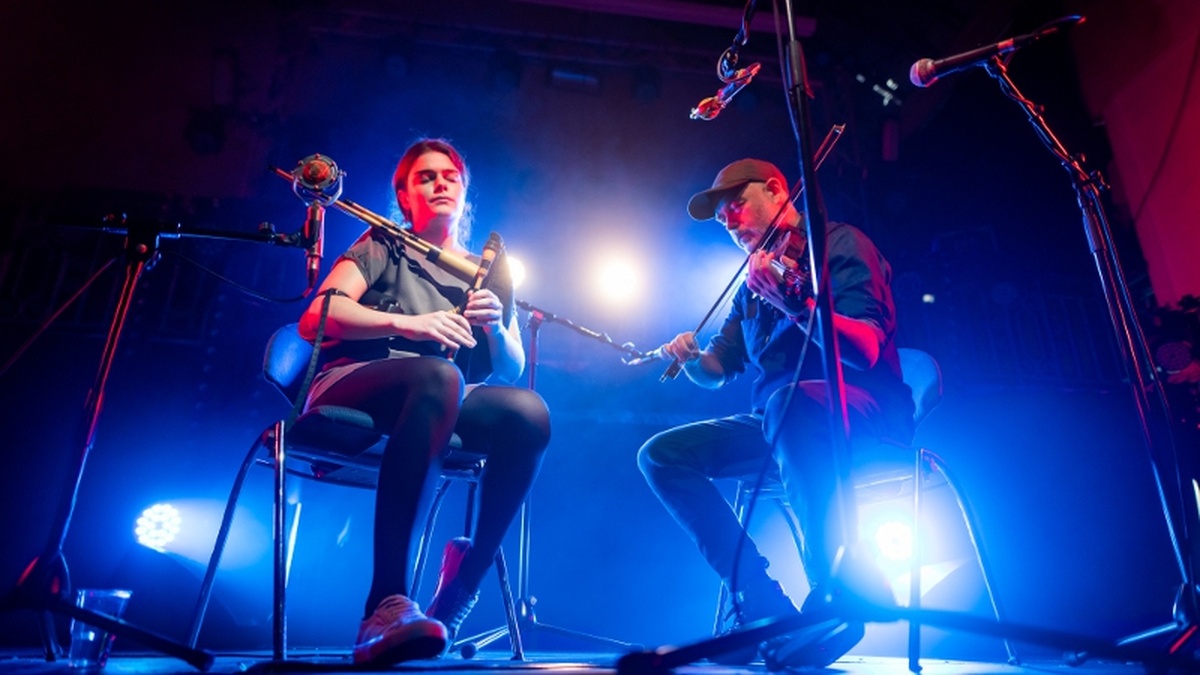 We regret that this event has been postponed. A new date will be announced shortly.

"Simultaneously ancient and modern, profound and direct…" -The Guardian

Winner of the Horizon Award at the BBC Radio 2 Folk Awards 2019 – Brìghde Chaimbeul is one of Scotland’s fastest rising stars.

A native Gaelic speaker, her style is rooted in her indigenous language and culture, but draws inspiration from a variety of piping traditions such as from Cape Breton, Eastern Europe and Ireland.

Working closely with Aidan O’Rourke, Brìghde has devised a completely new way of arranging for pipe music that emphasises the rich textural drones of the smallpipes; the constancy of sound that creates a trance-like quality in the tunes.