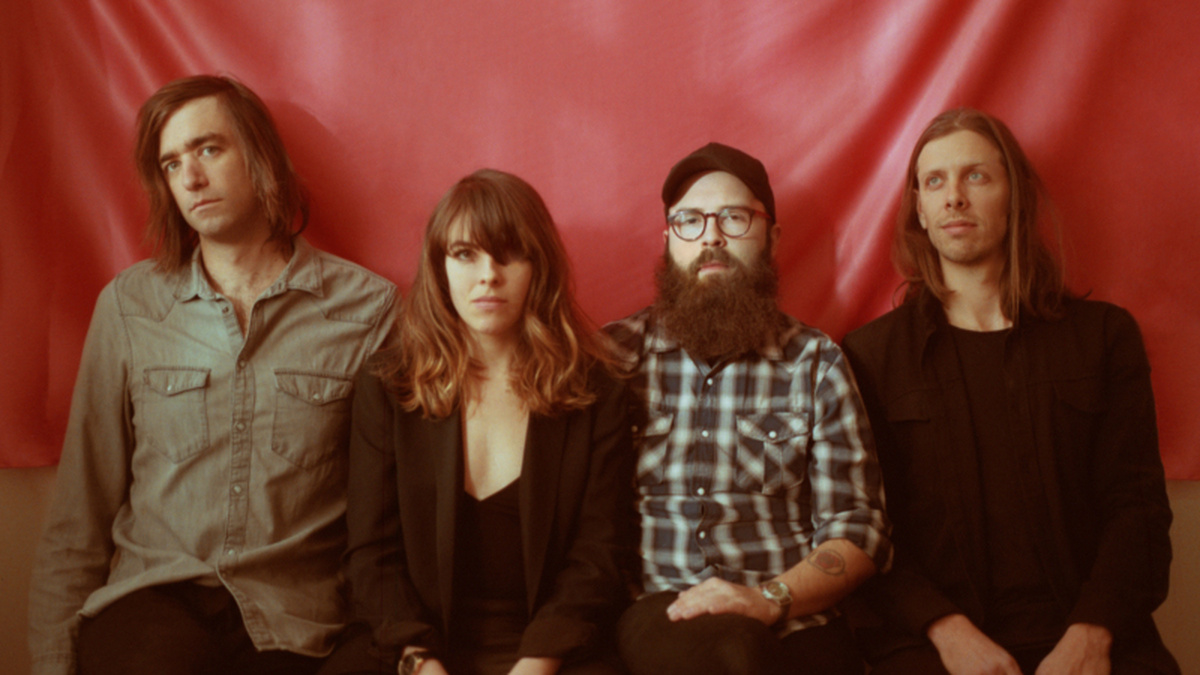 6th April marks the release of Hop Along's third studio record, Bark Your Head Off, Dog. Written over the course of 2016 and 2017 and recorded in the summer of the latter year by Frances Quinlan (songwriter/vocalist/rhythm guitar), Tyler Long (bass), Joe Reinhart (guitar), and Mark Quinlan (drums), the album addresses disappointment, particularly in man's misuse of power, and relates accounts from the periphery – one's attempts to retreat from the lengthening shadows of tyrants, both historical and everyday. It considers what it’s like to cast off longheld and misguided perceptions, yet without the assurance of knowing what new ones will replace them. Much like on Hop Along’s first and second records, Get Disowned and Painted Shut, Quinlan seeks in real time to work through these issues.

Bark Your Head Off, Dog is, without question, Hop Along’s most dynamic and textured record yet. Self-produced and recorded at The Headroom in Philadelphia by Reinhart and Kyle Pulley, the record features the familiar sounds that have always made the band allergic to genre: grunge, folk, punk, and power pop all appear, with inspiration ranging from ELO to Elvis Costello to ‘70s girl group vocal arrangements. This time around, they’ve added strings, more intricate rhythms, lush harmonies (featuring Thin Lips’ Chrissy Tashjian), along with a momentary visit from a vocoder.