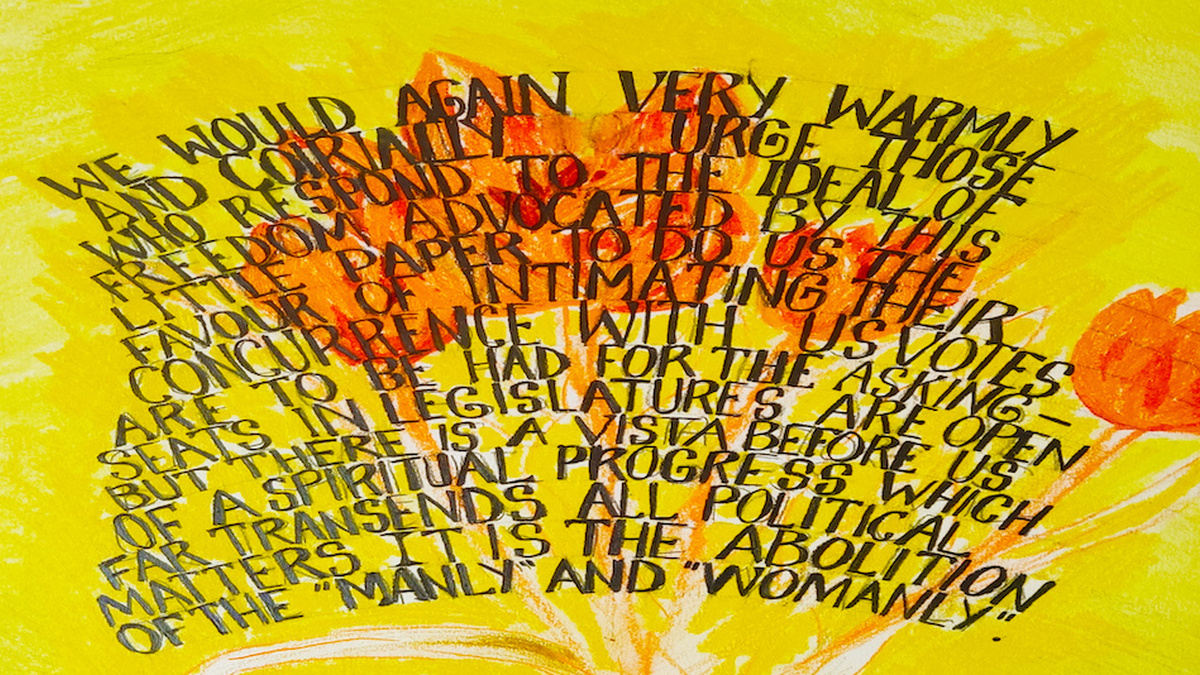 A Strange Eight is an exhibition of new work by artist Renèe Helèna Browne.

‘A Strange Eight’ is the third episode of Rebuilding Urania, an ongoing oral archiving programme of Urania, a little-known journal which was privately published from 1916 to 1940. The journal foregrounded fluidity as an ideal model of gender and sexuality, and each issue began with the statement, “There are no ‘men’ or ‘women’ in Urania.” The development of the project has involved Browne connecting with invited people to respond to articles from the original journal and in doing so build friendships around ideas in the work.

Renèe Helèna Browne is an Irish artist based between Scotland and Ireland. Browne makes vocal soundscapes, essay films and angsty drawings. They are currently developing further episodes of the Rebuilding Urania programme, commissioned by Project Arts Centre, Dublin. Browne is 2021-2023 Talbot Rice Resident Artist with ECA at the University of Edinburgh and 2021 Sunset Kino Award winner for their film ‘Daddy’s Boy’ with the Salzburger Kunstverein for excellence in contemporary film. They have recently been resident on the Experimental Film and Moving Image Residency in partnership with Cove Park and Alchemy Film, were Shortlisted for the Kleinwort Hambros Emerging Artist Prize 2021 and screened work with Lux Scotland, the European Media Art Festival No. 34, and AEMI, Dublin.