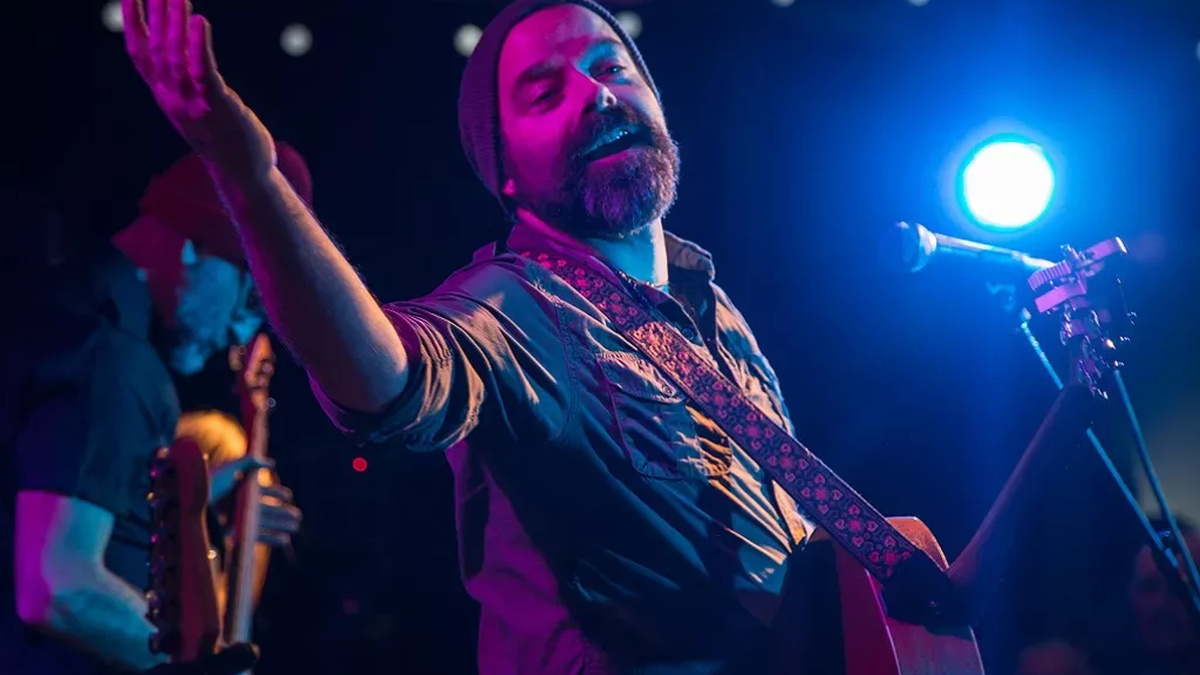 We are so excited that after such a prolonged, pandemic-enforced break The Prog Before Chrismas event returns!

As with all past #PB4X events we are donating proceeds from the event to Maggie's who provide such amazing support to cancer patients and their families.

This time around we have an all Scottish line-up for you and we are, as ever, deeply indebted to all those who take part - for without their generosity we simply could not make this event happen!

𝗔𝗹𝗶 𝗙𝗲𝗿𝗴𝘂𝘀𝗼𝗻 & 𝗕𝗮𝗻𝗱: Probably best known as touring and recording guitarist for Genesis and Stiltskin singer Ray Wilson, 80s hitmakers Red Box and Scottish songwriting legend Dougie Maclean, Ali is also a much respected solo artist in his own right with several excellent albums under his belt. His newly released album 'The Contemplative Power Of Water' has been receiving rave reviews with many citing it as a contender for album of the year! To hear him playing his solo material live is a very rare treat indeed and not to be missed!

𝗖𝗼𝗺𝗲𝗱𝘆 𝗼𝗳 𝗘𝗿𝗿𝗼𝗿𝘀: Five years on from the release of 'House of The Mind' COE are due to release their brand new album 'Time Machine' at the end of this month or beginning of August - depending on manufacturer timescales. Needing no introductions really to the PB4X audience they are simply one of the very best bands playing within today's Prog genre and are sure to put on a great show!

𝗦𝘁𝗮𝘁𝗲 𝗼𝗳 𝗡𝗲𝗰𝗲𝘀𝘀𝗶𝘁𝘆 (𝗳𝗲𝗮𝘁. 𝗔𝗹𝗮𝗻 𝗥𝗲𝗲𝗱): Of course, Alan Reed has a pedigree almost like no other! We are absolutely thrilled he has agreed to take part in this year's event - where he and some close friends will present stripped back arrangements from his solo catalogue with a few Pallas tunes included too.

𝗔𝗯𝗲𝗹 𝗚𝗮𝗻𝘇: Incredibly, we are fast approaching the second anniversary of the release of our latest album '𝘛𝘩𝘦 𝘓𝘪𝘧𝘦 𝘰𝘧 𝘛𝘩𝘦 𝘏𝘰𝘯𝘦𝘺 𝘉𝘦𝘦 𝘢𝘯𝘥 𝘖𝘵𝘩𝘦𝘳 𝘔𝘰𝘮𝘦𝘯𝘵𝘴 𝘖𝘧 𝘊𝘭𝘢𝘳𝘪𝘵𝘺'! Obviously, thanks to the pandemic, we were unable to perform a proper 'album launch' show for what has undoubtedly been our most successful album ever universally lauded by music critics worldwide! So – we will of course heavily feature tracks from the record on our 1st home-turf gig in almost three years! We cannot wait!

Tickets: £24 (all proceeds donated to Maggie's)