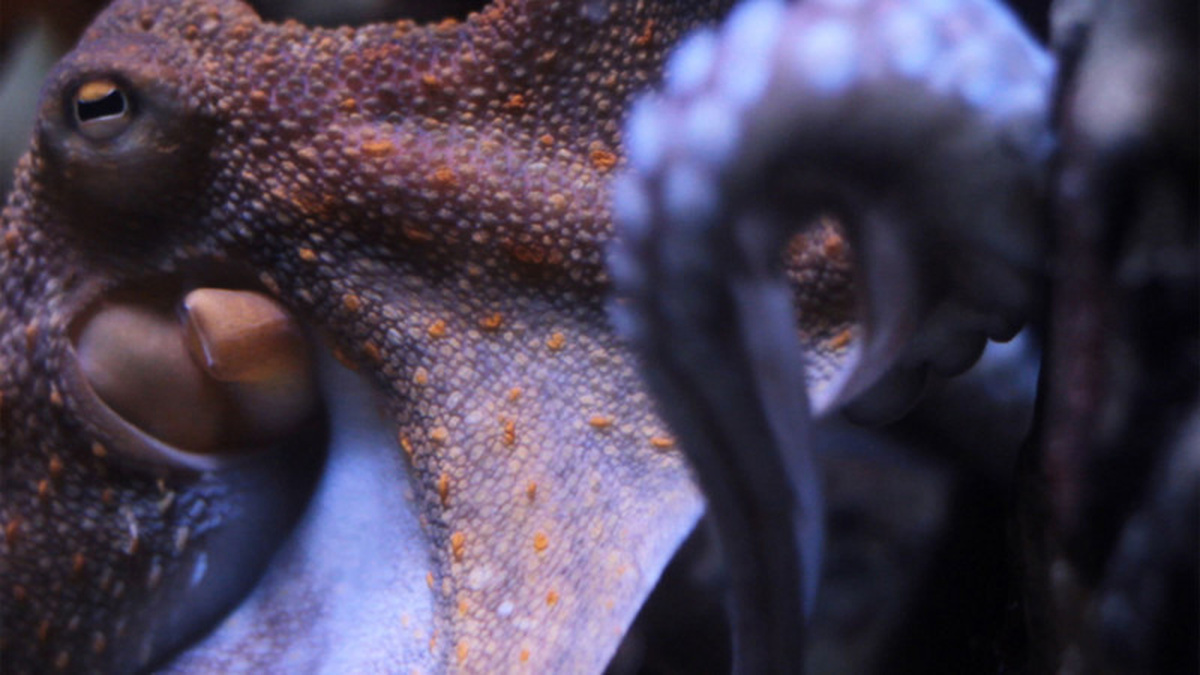 LUX Scotland is delighted to partner with aemi to bring To train the whole body as a tongue to CCA.

aemi & LUX Scotland presents: To train the whole body as a tongue

Initiated by aemi and curated by artist, Sarah Browne, To train the whole body as a tongue is a screening comprised of five films that are concerned with practices of bodily exertion and effort in the service of learning, all working within and against certain constraints. An adaptation of a Kafka short story of the same name, Report to an Academy details the experience of a protagonist who has transformed herself from a human into an octopus. Working in an impossible environment, the character chooses to surrender spoken language and take on the form of the agile octopus as a means to find a ‘way out’. As Browne describes, ‘moving through the programme, the significance of the voice recedes and the other sensory capacities of the body emerge. Many of the films share a technique of a frontal address to the camera, as a singular protagonist negotiates institutions of education, illness and beauty, pushing at the limits of our sense of the possible and what bodies can (or should) do’.