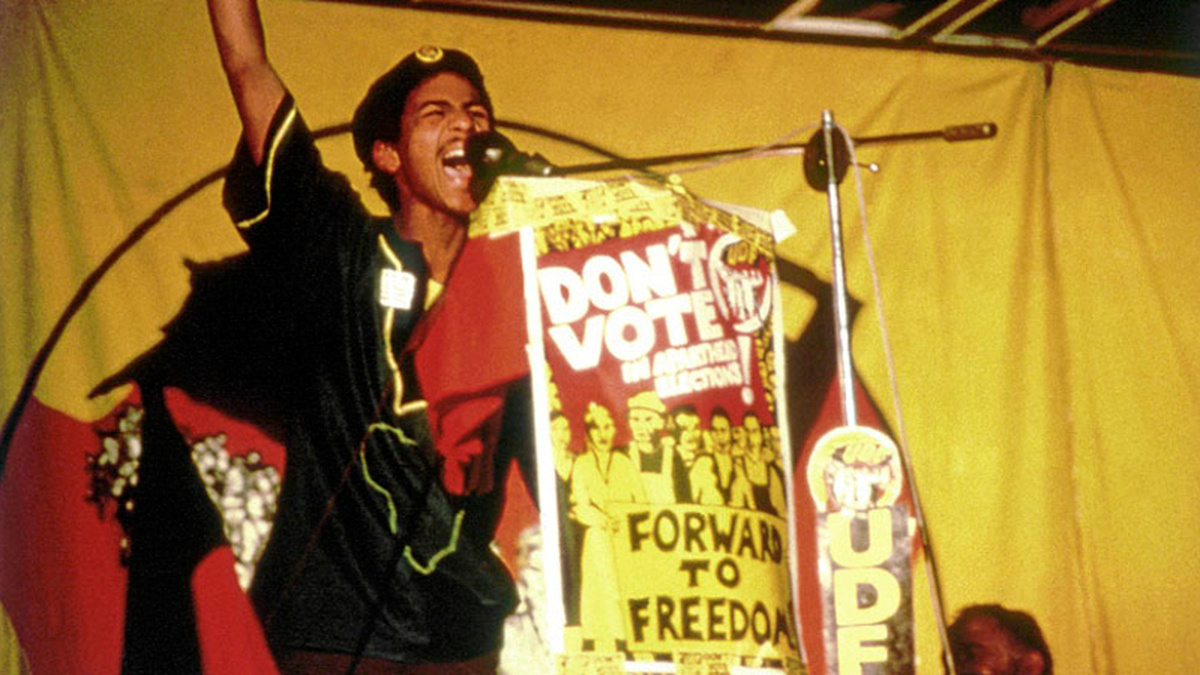 Action Kommandant is the untold story of the South-African anti-apartheid freedom fighter, Ashley Kriel. Known as the ‘Che Guevara’ of Cape Town's notorious Cape Flats, Kriel became an icon of the 1980s youth resistance before being murdered by apartheid police at the age of twenty. Through a mix of animated sequences, previously unreleased archival footage, and intimate testimony from family, comrades, and his closest friends, this captivating biopic offers a necessary confrontation with South Africa’s fraught past that finds particular relevance today as a new generation of young activists - both in South Africa and beyond - demand historical redress.

This screening is part of our newly inaugurated Documentary Competition which aims to encourage and support young and talented African filmmakers. The winner is selected by our jury of acclaimed film practitioners and academics and will be announced after the screenings on the second day. The audience will also have the opportunity to vote for their favourite film with the Audience Award winner announced on our website at the end of the festival.

Our thanks go to the Scottish Documentary Institute for sponsoring this award.

Africa in Motion Documentary Competition TICKET DEAL: Buy tickets to any two of the documentary competition screenings and get a third one free!