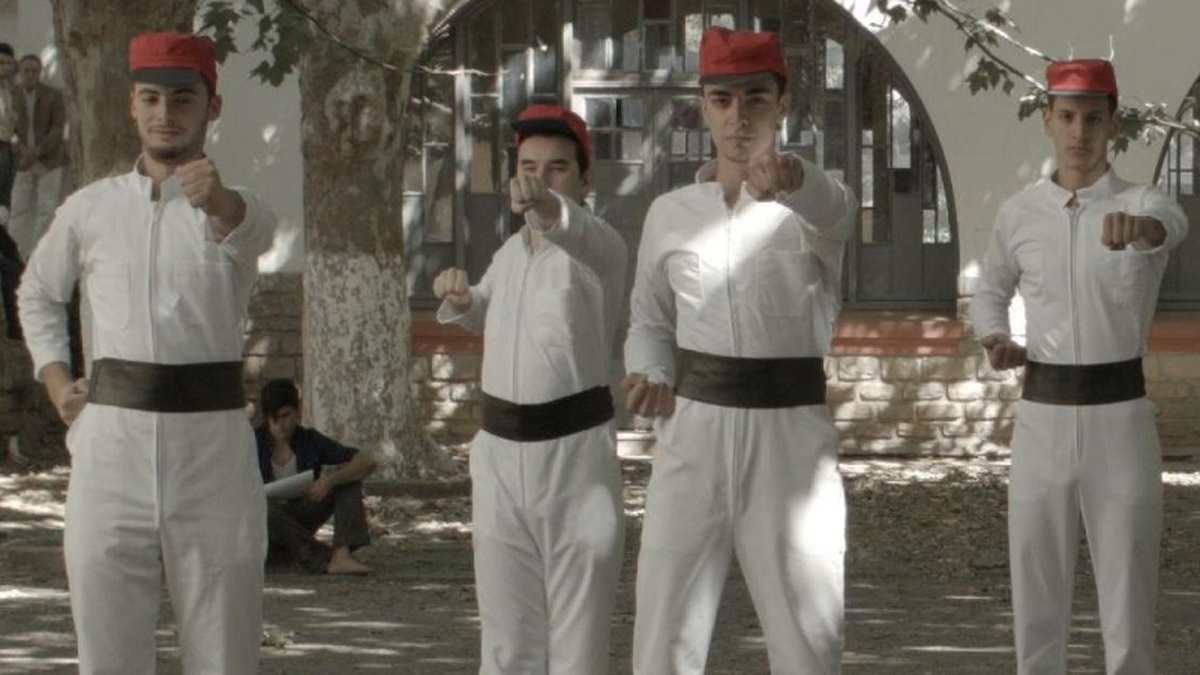 AiM Film Club is a new, year-round, screening series hosted by Africa in Motion. Through regular screenings we hope to enable more critical engagement with film to explore new ideas, and different points of view in an open and positive way.

The first film in the series will be Algerian filmmaker Narimane Mari’s film Le Fort Des Fous (2017) and will be followed by an informal discussion. Additional reading material about the film will be available too.

In three acts, we see re-enactments, improvisations and interviews performed and conducted with the inhabitants of Algiers, Kythira Island and the Prosfygika community in Athens. Departing from material records of the early colonial 'scientific expeditions' and 'taming campaigns' led by the French colonisers in North Africa, the story follows a community of young nomads and wanderers as they form an imagined utopian society in response to imperialist rule.