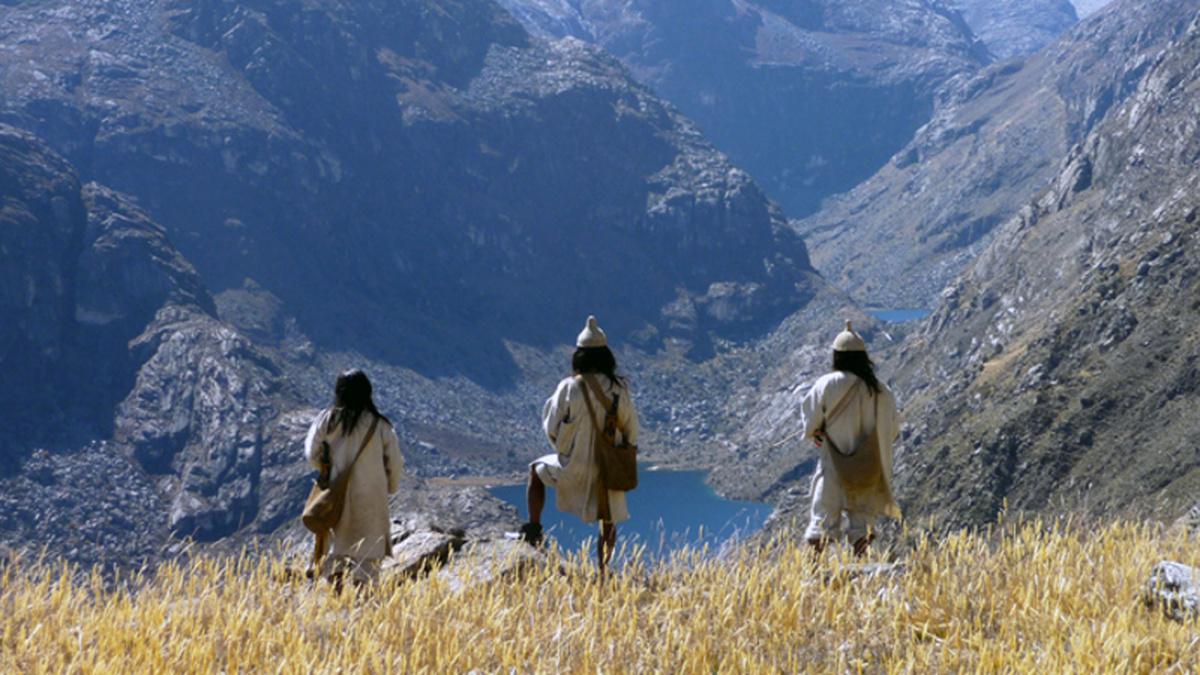 Director/Producer Alan Ereira presents and talks about ALUNA, the follow up to his 1990 film The Heart Of The World.

Alan Ereira’s influential film From The Heart Of The World: The Elder Brothers’ Warning, brought global attention to the Kogi people of Colombia, an ancient South American civilisation who once traded with the Mayans and Aztecs but survived the Spanish conquest by retreating into the Sierra Nevada de Santa Marta.

Having remained hidden for centuries, the Kogi surfaced in Ereira’s original 1990 film with an environmental message that was ahead of its time, a warning that we, their ‘younger brother', were destroying the ecosystem by plundering the earth.

Now, two decades later, glacial melt, ferocious storms, landslides, floods, droughts and deforestation show that their message has gone unheeded. The Kogi elders or ‘Mamas’ receive training to connect with “Aluna”, the mind inside nature and set out to show us that we do not understand nature as a connected whole. Profoundly frightened, the next generation of Kogi take Ereira on a journey to demonstrate to him and our scientists that the world is a single organism, tracing the invisible connections with 400 kilometres of gold thread.

Filmed over three years, this ambitious feature length documentary initiated by the Kogi, with footage filmed by them, is the authentic voice of an indigenous people trying to help us.