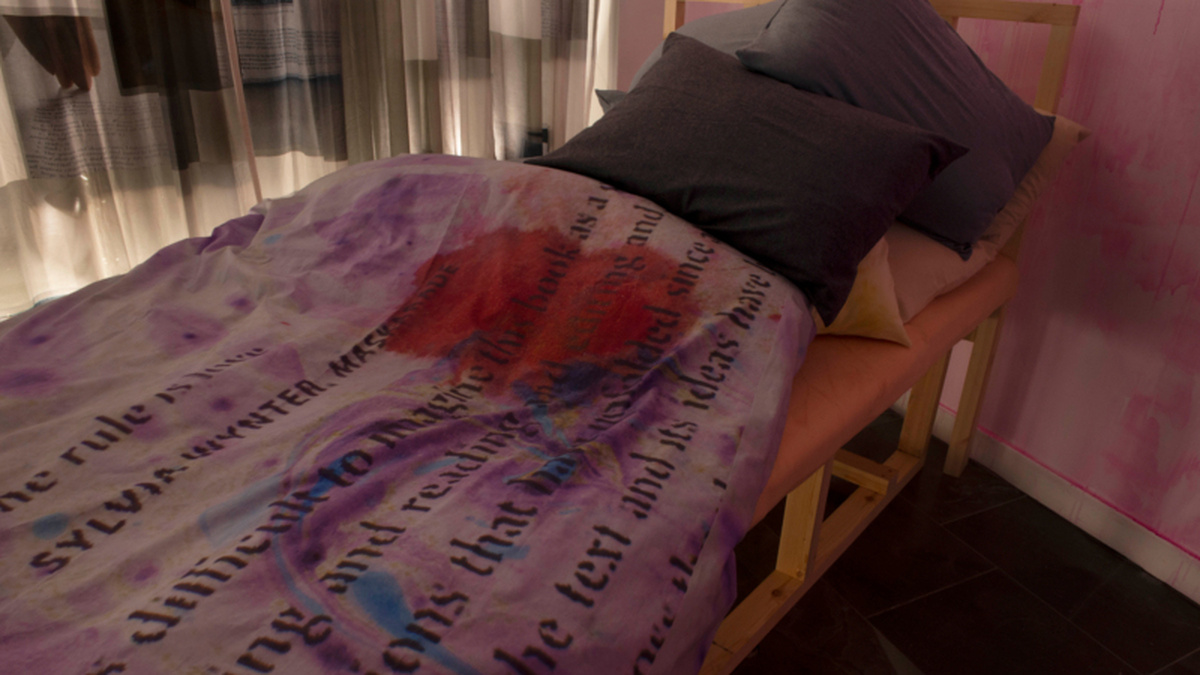 With an opening and ending meditation,
conceived by Negarra A. Kudumu

Mad Vibrations: A Humming Ritual for Untrustworthy Narrators side-steps the cruelty of colonial modernity, and focuses on the radical, renegade voices of decolonial struggles who demand different realities for themselves through various forms of self-care and exchanges via diasporic and pan-african networks, connections, echoes and re-sonances.

These decolonial vibrations and voices found their waves and ways while experiencing prohibition and criminalization. By using improvised or coded language, dance, music or non-verbal communication, which was often read as inaudible, made from scratch, unreliable, inconsistent, mad and incomprehensible forms of exchanges between enslaved and colonial subjects people managed to move below the radar of the systems of slavery and colonialism.

„Certain kinds of madness, deliberately going mad… in order to not loose your mind. These strategies of survival made the truly modern person. They’re a response to predatory western phenomena.” (Toni Morrison)

Sounds and vibrations, vibrating as well as listening, within and beyond the scope of what can be heard, carefully and deciphered or lost within the quiet, the unruly and improvised forms of resonances will guide us through a patchwork of sonic, decolonial counter realities and their poetics and politics.

This recorded version of Mad Vibrations was initially convened in the context of School Without Center/District Berlin in October 2018.

Sound Installation
Part of Katherine MacBride | having been breathed out / patriarchy over and out
Tue-Sat: 11am-6pm // Sun: 12noon-6pm // Free, CCA1