An Evening at the Eustace Miles Restaurant 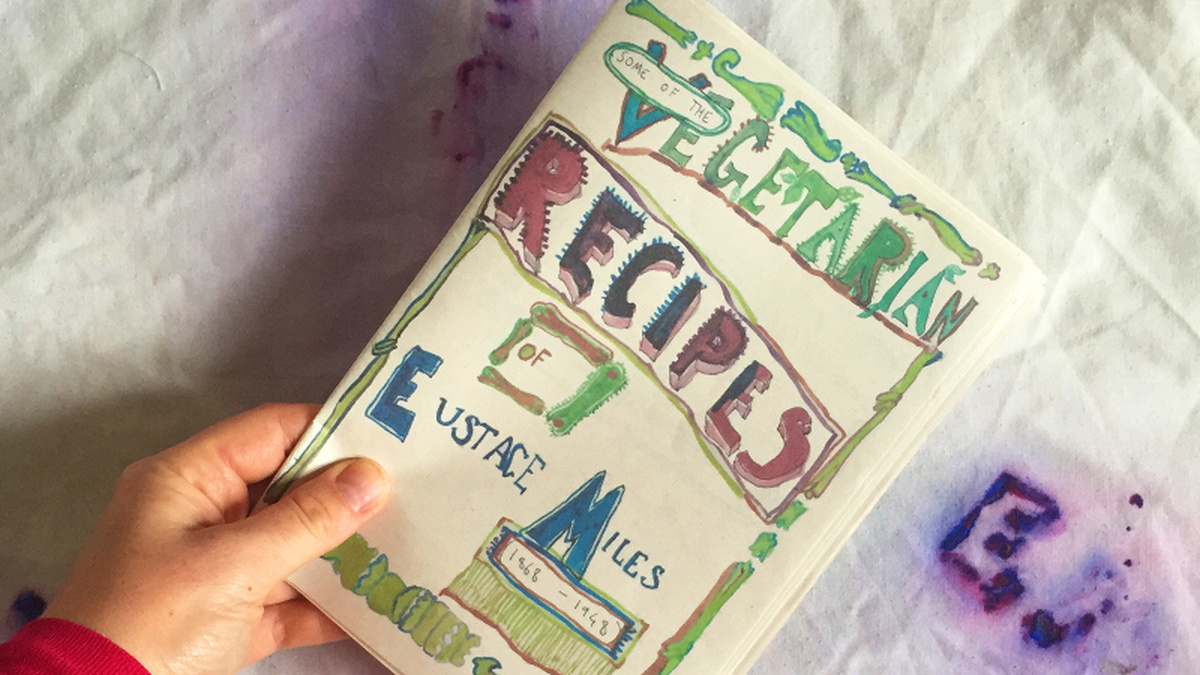 Join artist Holly White and historian Elsa Richardson for an evening in the Eustace Miles Restaurant.

Opened in 1906 at the western end of Covent Garden, the Eustace Miles was the most famous vegetarian restaurant in Edwardian London. Promoted as a ‘restaurant with ideals’ it served an entirely meat-free menu, sold vegetarian cookbooks and held weekly lectures on diet reform. It also played host to a wide range of political groups and was especially popular with suffragettes, who held breakfasts for recent-releases from Holloway Prison in one of its upstairs rooms. The restaurant’s popularity was due, in part, to its celebrity owner. A champion tennis player and Olympic medallist, Eustace Hamilton Miles made his name as an outspoken champion of physical exercise, mental discipline and the so-called ‘Simpler Foods’.

For one night only the CCA will play host to a night at the Eustace Miles Restaurant. Using original menus and cookbooks from the early twentieth century, the Saramago kitchen will prepare a 3-course spread of Edwardian vegan delights. Over dinner we will discuss the long history of plant-based eating and consider what the first health food guru can tell us about the complexities of the modern diet.