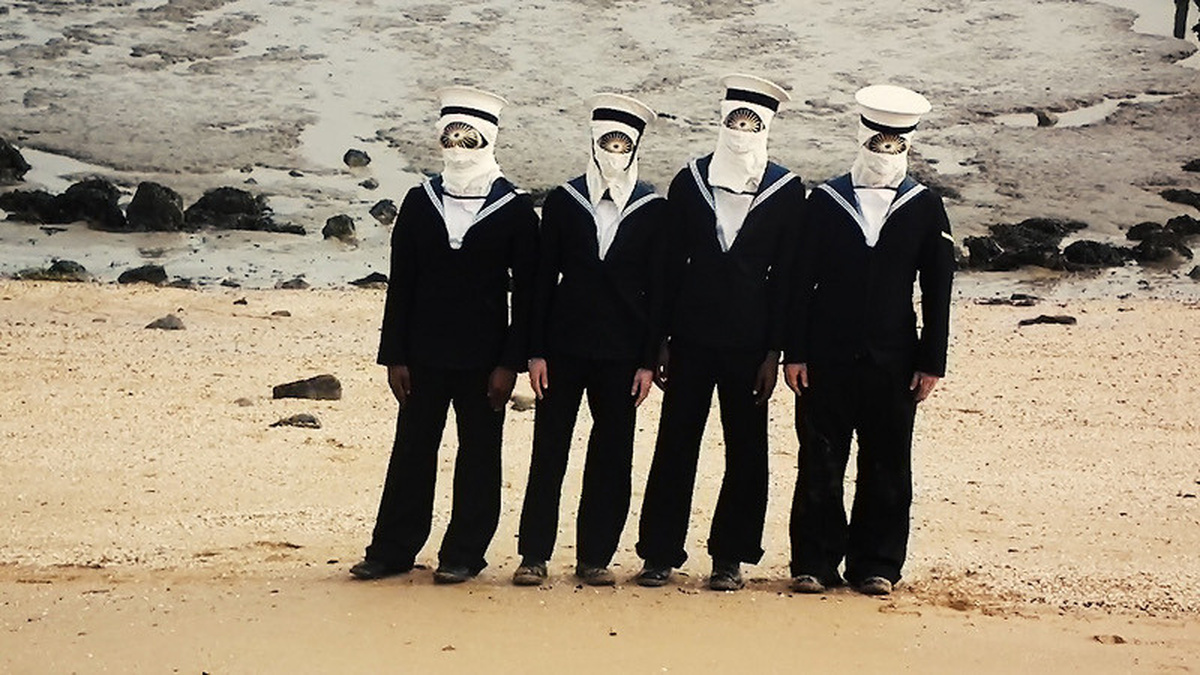 Join the Scottish premiere of Anne Robinson’s Wakeful (2019), which layers image and sound to reconstruct the voyage of a World War II destroyer from Clydeside to the North Sea following the Bolshevik Revolution in 1917.

The screening will expand Robinson’s experimental approach to filmmaking and political history and will feature a Q&A betwen the artist and Glasgow-based filmmaker Margaret Salmon.

Wakeful concerns a hidden history. A few days after the declaration of ‘peace’ on November 11th, 1918, a small squadron of British ships were dispatched from Rosyth on the east coast of Scotland. Later called the ‘Red Trek’ or ‘Baltic Cruise’, they headed for the Gulf of Finland: an ‘undeclared’ war on Bolshevism. On ‘Red’ Clydeside in 1917, at John Brown’s yard where Wakeful was built, the workers were on strike.

Wakeful reconstructs the voyage of the ship, working from the artist’s own childhood memories and archived sailors’ journals and cabinet war diaries. The experimental film and sound work uses film technologies to record the passing of time strangely as performers re-inhabit the past, the landscapes of war give up their dead and soundscapes of the past seep into the present.

Anne Robinson is a visual artist who lives and works in east London. Much of her work is about ‘time’ and she works with film, painting and sound. She also curates art prtojects such as Supernormal Festival. She holds a practice-led PhD on film, time and painting and currently teaches at Middlesex University. Recent works and projects include: Thrashing in the Static (2015), Over Time (2014) and Inspiral London (ongoing). Wakeful has been screened at various venues throughout 2019, including Whitechapel Gallery and Estonian Maritime Museum, London.