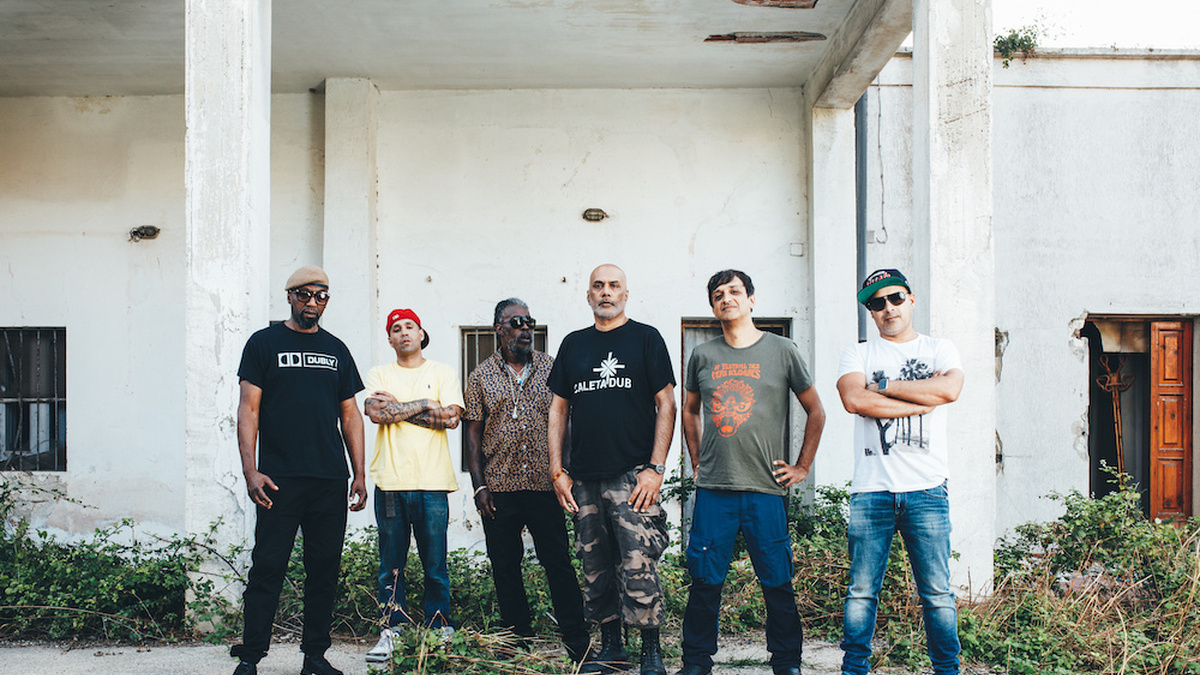 This gig was originally scheduled for SWG3, original tickets are still valid.

Asian Dub Foundation are a genre unto themselves. Their unique combination of tough jungle rhythms, dub bass lines and wild guitar overlaid by references to their South Asian roots and militant high-speed rap has established them as one of the best live bands in the world. During their long and productive career Asian Dub Foundation have shared the stage with the likes of Rage Against The Machine, the Beastie Boys and Primal Scream also collaborating on record with the likes of Radiohead, Sinead O’ Connor, Iggy Pop and Chuck D.

The story began in the early 90’s when ADF formed from a music workshop in East London at the institution which is their spiritual home, Community Music. Their unique beginnings in a music workshop in east London marked out both their sound and their wider educational aspirations, as showed by their early involvements with Roma Youth in Budapest, hooking up with the legendary Afro Reggae in the favelas of Rio, and setting up their own education organisation ADF Education (ADFED), not to mention their campaigns on behalf of those suffering miscarriages of justice. Building a solid live reputation in the mid-90’s, particularly in France, they eventually established themselves as an important worldwide force and particularly as an explosive alternative to the backward-looking obsession with Britpop in the UK.

In addition to their blistering live reputation ADF were one of the first bands to experiment with the now more commonplace live film re-score, beginning with their rapturously-received interpretation of the French classic La Haine back in in 2001. They’ve continued to perform said project or nearly two decades, taking in David Bowie’s Meltdown at London’s South Bank and a controversial show at the Broadwater Farm Estate, scene of the events that led to the London Riots of 2011.They’ve also rescored George Lucas’ debut THX 1138 (with encouragement from Mr. Lucas himself) and they’ve recently revived their explosive live interpretation to the continually relevant Battle of Algiers at the Museum of Immigration in Paris.

It was a busy 2019 for Asian Dub Foundation with the long-awaited reissue of their Mercury Prize-nominated 1998 classic Rafi’s Revenge. The reissue garnered ecstatic reviews, all of which agreed that the sound and the message that ADF threw down in 1998 is as relevant now as it was then-perhaps even more so.

So it’s timely that in 2020 the band are set to release their 9th album “Access Denied” which finds them as uncompromising as ever. The album showcases ADF in full spectrum mode from the tough Jungle Punk sound of “Stealing The Future” and “Mindlock” through to the orchestral meditation of “Realignment” and the reggae lament of the title track. With guestspots from Greta Thunberg, incendiary Palestinian shamstep warriors 47 Soul,  Chilean revolt’s rap main figure Ana Tijoux and radical UK comedian Stewart Lee, Asian Dub Foundation continue their sonic opposition to the powers that be and “Access Denied” kicks harder and higher than ever.

On the sunrise of 2021, at the very moment that UK left the EU, Asian Dub Foundation found themselves at No.1 on the new official Sales and national Download chart.

The single of "Comin' Over Here" feat. Stewart Lee, an anti-brexit and anti-racist anthem, became the UK’s biggest selling record at the beginning of the Brexit era.