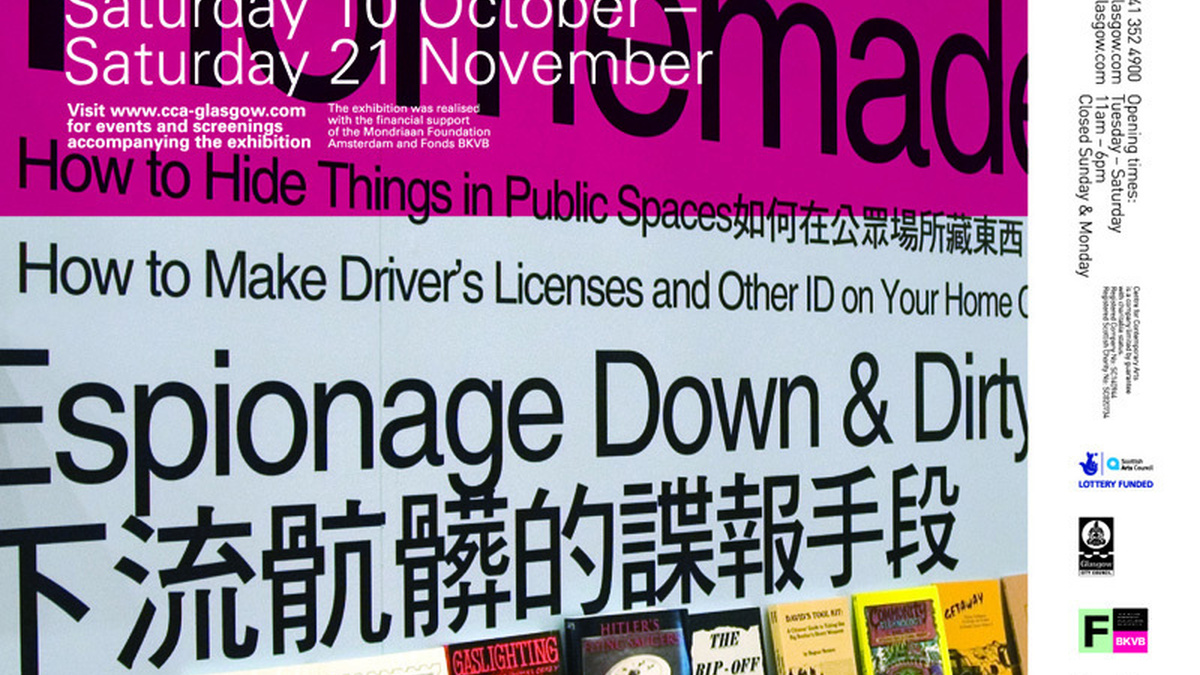 An exhibition of the work of Lisbeth Bik and Jos van der Pol, who work collaboratively as Bik Van der Pol.

"For this solo exhibition in CCA, Glasgow, entitled It isnt what it used to be and will never be again (with reference to La révolution n'est plus ce qu'elle était, by Henri Lefebvre with Catherine Régulier, 1978), Bik Van der Pol have brought together works that are are hoovering around questions of information, what distribution of information might or might not set off in the public realm, and if action can, should or is tak(e)(ing) place when seemingly nothing seems to happen.
They also asked the Glasgow Improvisers Orchestra to make a musical score for their video-film Art Is either Plagiarism or Revolution, or: Something Is Definitely Going to Happen Here. This film was the result of a performance, and was made as part of Differentiated Neighborhoods, a project initiated by Belgrade based curator Zoran Eric.
Shot during a day-long rehearsal, starting with the film as a source, the members of the Glasgow Improvisers Orchestra embarked on an investigation, questioning what it is that makes something happening at some point, using the language of music as their tool.