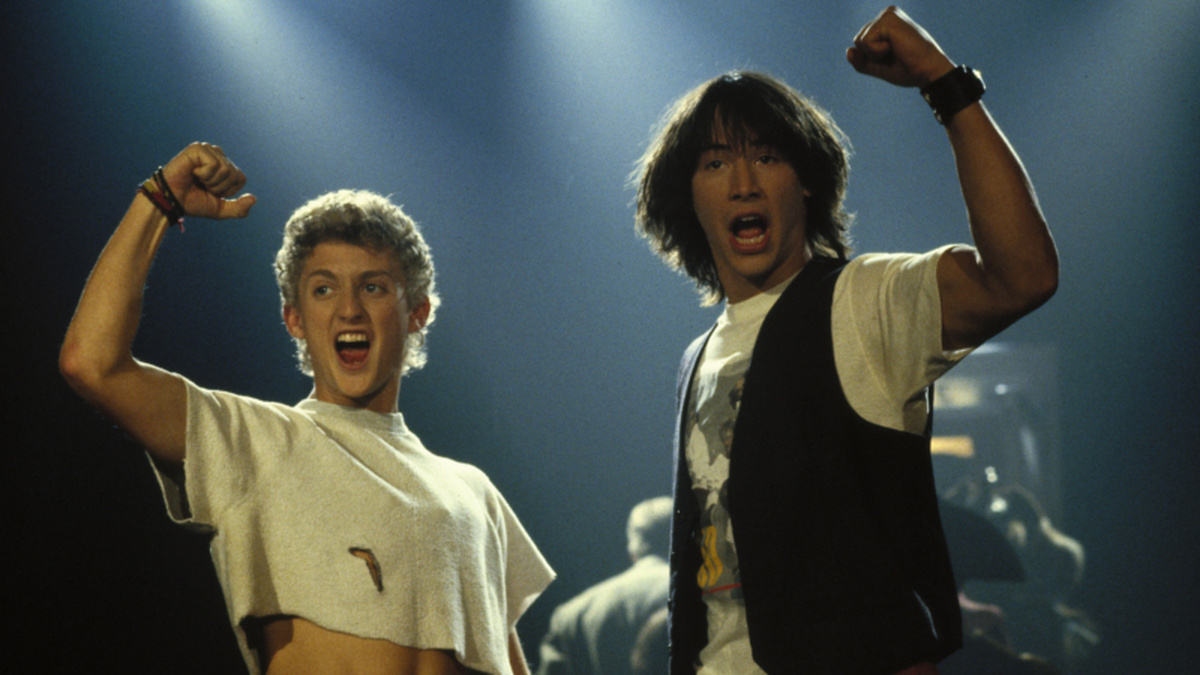 Bill and Ted have spent so much time forming a rock band that they’re flunking history. Enter Rufus, a super-cool hipster from the 17th century who tours the chronos in a telephone booth. Bill and Ted have a role to play in the cosmic scheme of things and Rufus has come to send them on a roller-coaster ride through the circuits of time to pick up some pointers.

It’s the 30th anniversary of this stellar, sterling and most non-heinous true original, screening as a double bill with Bill & Ted’s Bogus Journey + Party