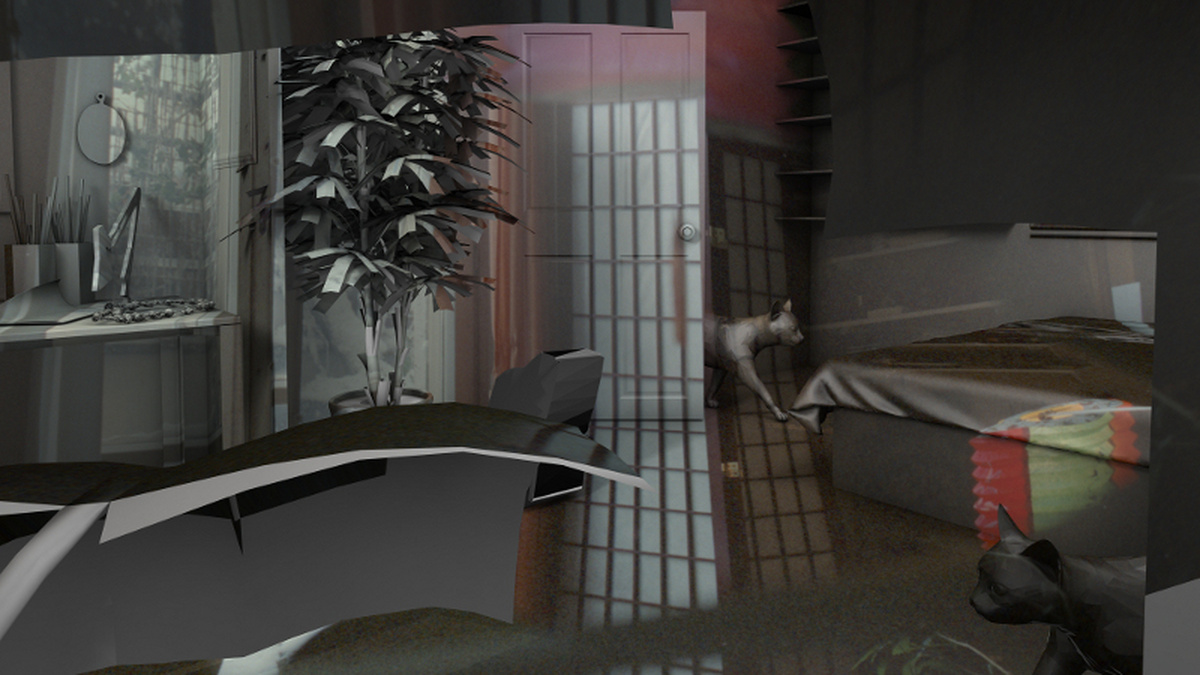 Green Fox Street looks at the apartment and studio of Ester Krumbachová, a prominent artist of the Czechoslovak New Wave, through her peers’ memories and her estate. It approaches the apartment as a starting point to outline ideas behind the work of Krumbachová – as film director, costume designer, screenwriter and writer – alongside her life and historical context. From the early 1960s to the year of her death in 1996, Krumbachová not only lived in the apartment but also worked there. She was forced to move into so called inner exile in the 1970s due to the political change after the occupation of Czechoslovakia in 1968 by Warsaw Pact armies. The apartment gains it significance as it appears partially or in reference in Krumabchova’s set design, significantly in her directing debut The Murder of Mr. Devil. The book tries to build an image of Krumbachová’s life and work based on a compilation of interviews with her friends and collaborators, and digital images where 3D reconstruction of the apartment blends with photographs taken there by various visitors and tenants.