Bring Down The Walls 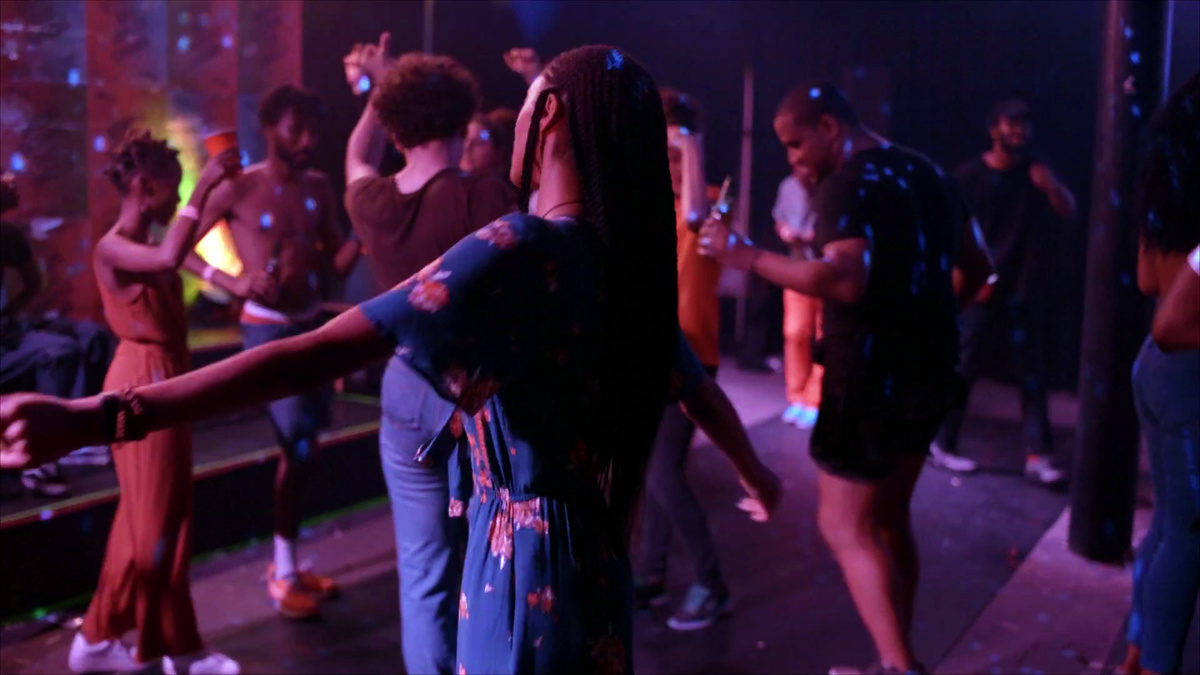 Courtesy of the artist

Join us for a one-off screening of artist’s Phil Collins eye-opening film Bring Down The Walls, followed by a conversation with the artist and School of Abolition curator Thomas Abercromby.

Over the last four decades the prison population in the US has soared to more than 2 million. Through privatisation and disproportionate targeting of people of colour, the marginalised and the poor, the justice system has been used as a tool of oppression and the source of corporate profit. Today, ‘the land of the free’ is the world’s biggest jailer. Coinciding with the escalation of mass incarceration in the 1980s, a new dance culture emerged from Black, Latinx and queer communities embattled by the criminal and law enforcement policies.

Bring Down The Walls looks at the US prison industrial complex through the lens of house music and nightlife. The connection between a system that locks the body up and music that sets it free comes from the years in which the director Phil Collins worked with a group of men incarcerated at Sing Sing, a maximum-security prison in upstate New York. After access was revoked, he recorded a compilation of house classics with vocalists who have formerly been incarcerated, and in 2018 set up a communal space in the heart of Manhattan’s court district dedicated to the struggle for social justice and prison abolition. During the day, discussions were led by people who have been directly impacted by the system, and those working to radically change or abolish it. At night, the space transformed into a dance party hosted by collectives from New York City’s vibrant club scene.

Bringing these strands together, Bring Down The Walls reflects a coexistence of two fields of knowledge, the political/academic and the physical/experiential—one born out of education, advocacy and activism, the other through sharing time, space and energy— proposing the dance floor as a site of personal and collective liberation, and new ways in which we could come together as a society.

Phil Collins is a visual artist and filmmaker based in Berlin and Wuppertal, Germany. He is Professor of Video and Performance at the Academy of Media Arts Cologne. Over the last two decades Collins has gained recognition for ambitious projects which explore the intersections of art, politics and popular culture. Manifesting as films, installations, performative situations and live events, his work foregrounds the aspects of lived experience, the radical potential of empathy and connection, and voices that have often been disregarded or suppressed. Across geographies, ethnicities, languages and social classes, Collins’ approach is guided by a commitment to long-term process and engagement with the local context. Over the years his collaborators have included, amongst others, the youth of Baghdad, Kosovan-Albanian refugees, Palestinian disco dancers, friends and lovers in Belgrade, protagonists of Turkish and British reality TV, the homeless population of Cologne, the stars of Mexican telenovelas, teachers of Marxism-Leninism from the former German Democratic Republic, men incarcerated in one of the United States' largest maximum security facilities, and prisoners, pensioners, school kids, and a symphonic orchestra in Glasgow. Reflecting critical consciousness and disarming immediacy, Collins’ works pull into sharp focus the contradictions which shape our relationships with one another.

This film contains some flashing lights.

This event is part of School of Abolition; a year-long action research project developed and led by artist and curator Thomas Abercromby using contemporary art and activism to challenge Scotland's prison industrial complex and the ways in which we respond to harm and crime without resorting to further policing or imprisonment. Thomas has invited various artists, academics, writers, activists and other guest contributors to expand the sharing of abolition praxis as a way of reimagining our criminal justice system through a free public programme of readings, workshops, screenings and public art displays. The School will work in close collaboration with communities in Glasgow North, providing a support structure that recontextualises the very idea of policing and prisons towards community-based models of safety, support and prevention.

We encourage all participants to do a lateral flow test before attending the session. Lateral flow tests can be picked up for free at your local pharmacy or you can also order them online to be delivered to your door by visiting; this link.

For access queries and support to cover childcare, travel for those on low incomes and additional disability support available please email kirsty@glasgowsculpturestudios.org

Part of School of Abolition