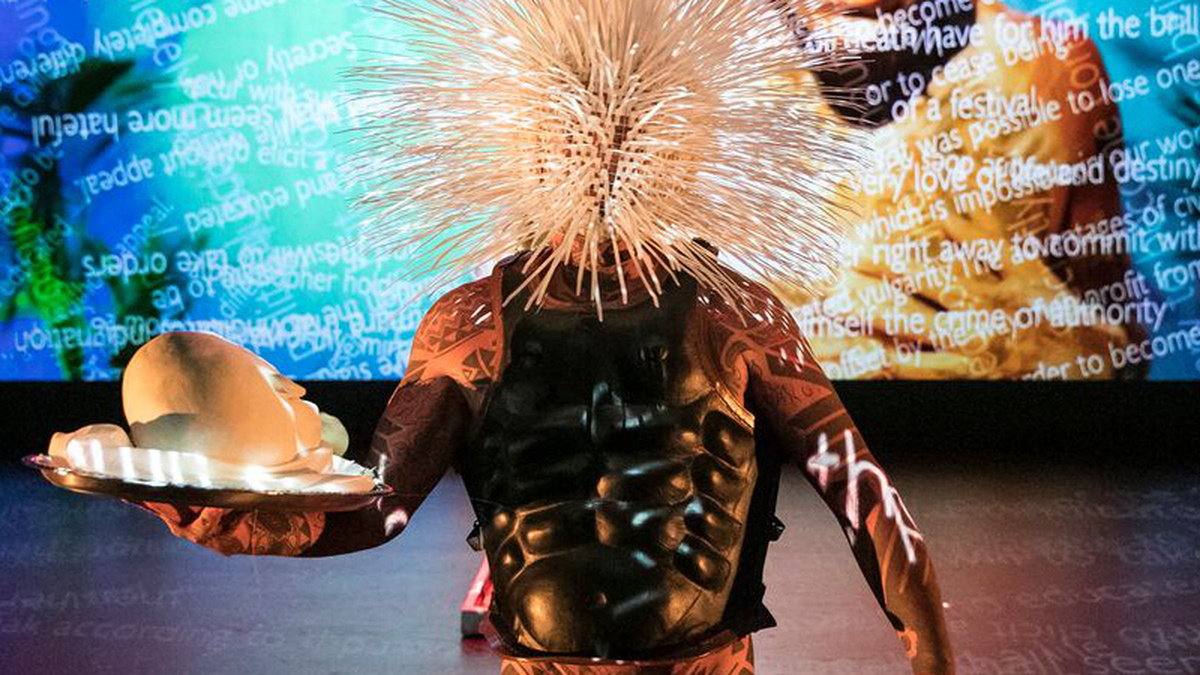 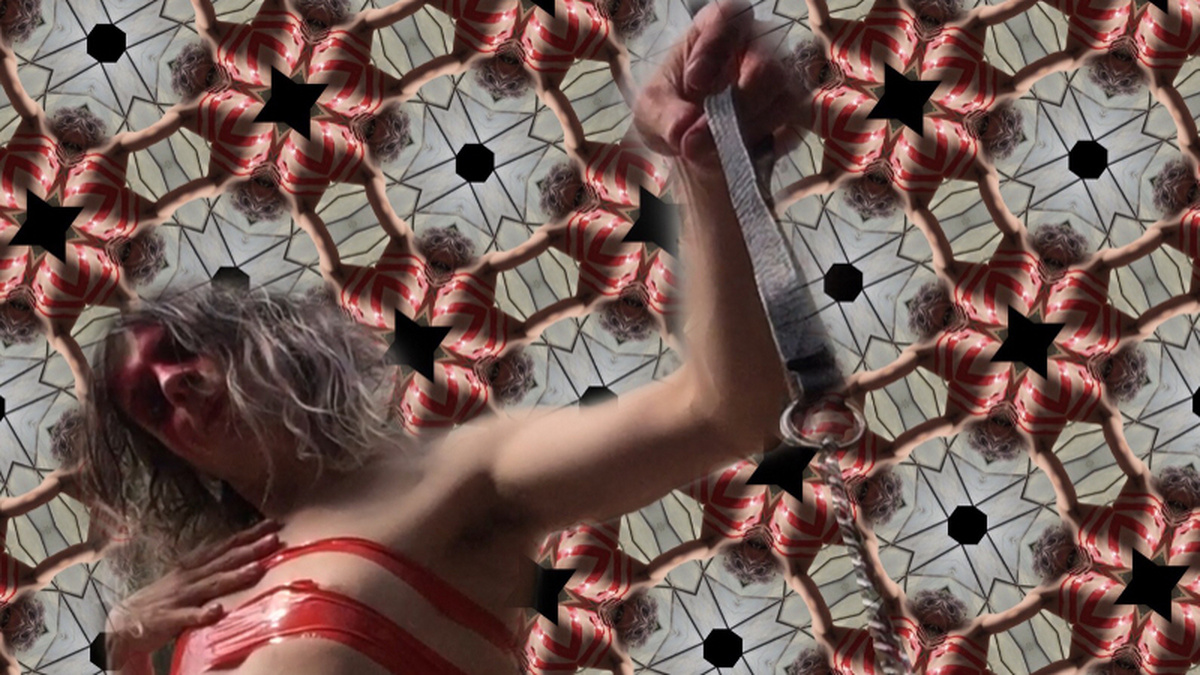 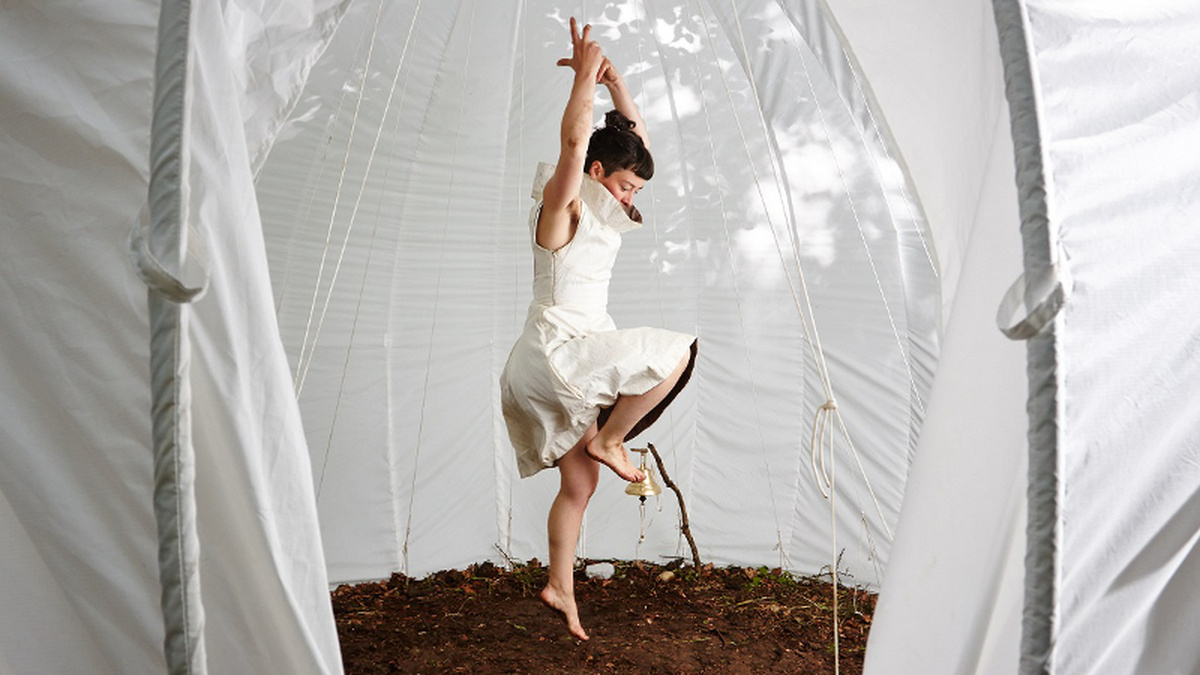 //BUZZCUT// Double Thrills is Glasgow's programme of raw, radical & risky performance and Live Art, taking over CCA once a month. Bringing the brightest local artists alongside the most striking and challenging work from outside of Scotland, Double Thrills is a celebration of challenging ideas and innovative performance, in a super warm and friendly environment.

Double Thrills is pay what you can afford to ensure all who wish to can attend. Recommended price is £12, however we also run an £18 pay it forward scheme to provide reduced price tickets to those who cannot afford it. If you cannot afford to attend please email buzzcutkarl@gmail.com.

The Autumn season kicks off with the incomporable Ron Athey who has been performing at CCA for almost thirty years, as well as the work of Aberdeen's own Sweætshops®, winner of the 2019 Buzzcut emerging artist award.

Best known for his boundary-pushing body mutilations, Ron Athey has been pursuing the transcendent and sublime for more than three decades. After the Death of God (famously proclaimed by the philosopher Nietzsche who anticipated the end of religion in Western society), Athey considers it one of the artist’s roles to invent new forms of ritual and celebration, to conjure the sacred as an antidote to the empty individualism of contemporary life. For his new work, Acephalous Monster, Athey turns to the Acéphale, the figure of the headless man, which inspired George Bataille’s secret society of the same name to combat nihilism and fascism before the Second World War in France. The headless or beheaded man is a powerful symbol of radical transformation, the driving force of all of Athey’s performances pushing towards the merging of humans and gods.

Do you have it? That certain something? Have you been biding your time? Do you just want to be up there? You know you do. You have always known. We have always known and in all ways known. Your dreams. Your deepest desires. Your moment. We are here to take you there on the next step.

Sweætshops® is a “multipersonality conglomerate” and degenerate artist, winner of the BUZZCUT Emmergent Artist Award. Their work creates intense ritual and allegory out of the waste of 21st century capitalism. Banned from the Edinburgh Fringe in 2018 for their exploration of national identity and recently simultaneously legally married and divorced to mark the initial date set for Brexit. Their work is provocative, esoteric and intense. We Eagerly Await Your Complete Submission explores reality TV show suicides, the rhetoric of religious cults, atomisation and ego death. Catch them before they’re charged, arrested or dead.

Mullet Over is a series of informal chats accompanying Double Thrills. This month we'll be joined by the brilliant Nic Green.

Current Artist in Residence at National Theatre Scotland, Nic Green is a performance maker based in Glasgow, Scotland. Concerned with the assimilation of form and content, Greens work is varied in style and method, with forms often ‘found’ through time-based, relational practices with people, place and material.

Green's work has received several awards, commissions and recognitions including a Herald Angel, Best Production Award at Dublin Fringe, The Adrian Howells Award for Intimate Performance, and a Total Theatre Award for Best Physical/Visual Theatre at Edinburgh Fringe. She is the recipient of the Inaugural Forced Entertainment Award, in memory of Huw Chadbourn, (2018) and in the same year was one of four artists nominated for the ANTI Festival International Prize For Live Art.

Green also teaches Directing to Theatre Studies Undergraduates at Glasgow University and provides mentorship to Masters students in Theatre and Performance Practices. Her new work - Absolutely, Awesome, Affirmative - will be presented in Spring 2020.

This event will be BSL interpreted.