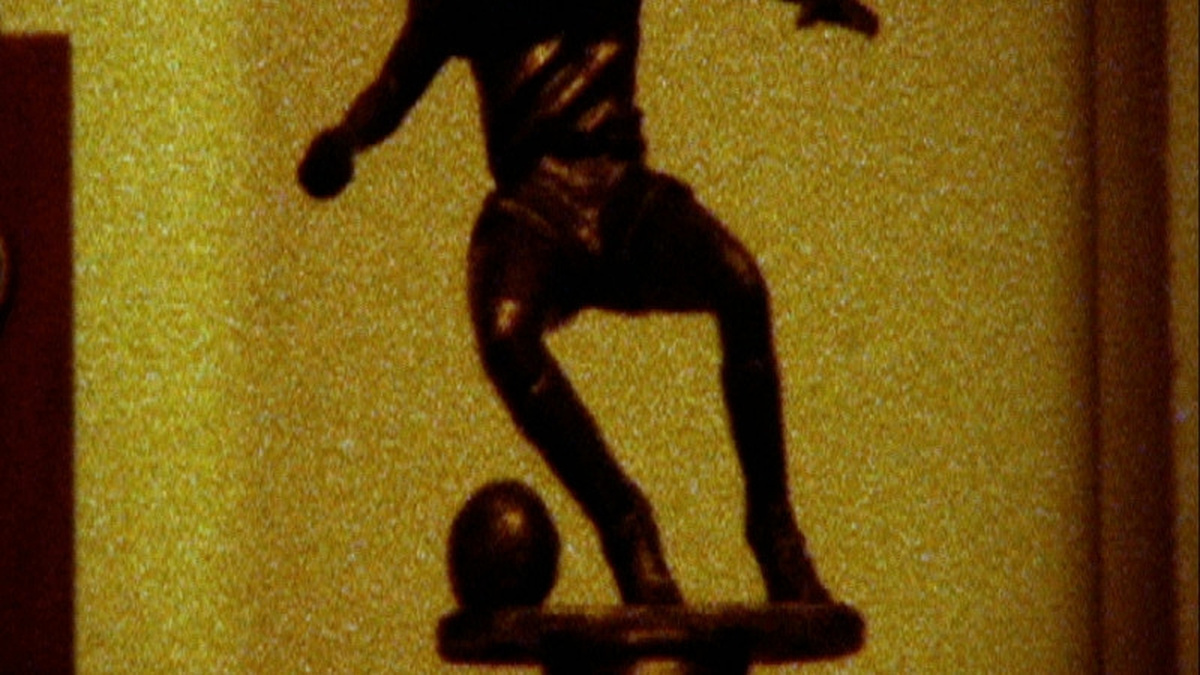 Still from The Genome Chronicles by John Akomfrah

A screening of The Genome Chronicles by John Akomfrah, followed by a discussion about the film and the work of Donald Rodney.

As part of the Donald Rodney exhibition at Celine, we are excited to present a screening of The Genome Chronicles by John Akomfrah on CCA Annex.

Made in 1998 the film reflects on the passing, within the space of a few days, of Akomfrah's mother and his close friend, Donald Rodney. The Genome Chronicles combines super 8 footage shot by Rodney initially documenting his regular hospital visits but eventually expanding to document friendships, gallery openings and his relationship with his partner Diane Symons.

Akomfrah combines Rodney's filmed observations with his own footage shot over a ten year period on the Scottish islands of Skye and Mull with music varying from Tibetan chants to post-punk noise pieces creating a 'song cycle' in ten parts that reflects on memory and identity, memorial and remembrance.

The screening will be followed by a live in-conversation event with artist Keith Piper, Alberta Whittle and Mike Philips and will be facilitated by curator Ian Sergeant and Adam Lewis Jacob.

Ian Sergeant has an MA in Contemporary Curatorial Practice from the School of Art, Birmingham City University. He is a Midlands 3 Cities AHRC funded PhD researcher at Birmingham City University. His practice-based research is titled Visual Representations and Cultural (Re) Constructions of Black British Masculinities in 21st Century Birmingham. Recent exhibitions include, Reimaging Donald Rodney at Vivid Projects (2016). The exhibition explored the digital embodiment and rich legacy of the late Black British artist Donald Rodney.

Mike Phillips is Professor of Interdisciplinary Arts at University of Plymouth, and the Director of Research at i-DAT.org, an Open Research Lab for playful experimentation with creative technology. His R&D orbits a portfolio of projects that explore the ubiquity of data ‘harvested’ from an instrumentalised world and its potential as a material for revealing things that lie outside our normal frames of reference - things so far away, so close, so massive, so small and so ad infinitum. For more information see the i-DAT web site at: http://www.i-dat.org. His entanglement with Donald Rodney dates back to 1984 where they shared a studio at the Slade School of Art, and continued through several of Rodney’s works, such as Visceral Canker Psalms and Donald Rodney: Autoicon

Keith Piper is a British based artist and academic. His creative practice responds to specific social and political issues, historical relationships and geographical sites. Adopting a research driven approach, and using a variety of media, his work has ranged from painting, through photography and installation to a use of digital media, video and computer-based interactivity. He currently works in the Fine Art Department at Middlesex University, London, where he is Associate Professor/Reader in Fine Art and Digital Media. Piper was a founder member of the Blk Art Group (1979-84), along with Eddie Chambers in 1979, later joined by Donald Rodney and Marlene Smith, Claudette Johnson along with other members.

Alberta Whittle is an artist, researcher and curator. She was awarded a Turner Bursary, the Frieze Artist Award and a Henry Moore Foundation Artist Award in 2020. Alberta is a Research Associate at The University of Johannesburg. She was a RAW Academie Fellow at RAW Material in Dakar in 2018 and is the Margaret Tait Award winner for 2018/9. Her creative practice is motivated by the desire to manifest self-compassion and collective care as key methods in battling anti-blackness. She choreographs interactive installations, using film, sculpture and performance as site-specific artworks in public and private spaces.

Adam Lewis Jacob is an artist, filmmaker and curator who is interested in reanimating dead ideas. Recent films have focused on countercultural figures such as the anarchist cartoonist Donald Rooum, Wildcat and the politically empowering benefits of learning to make films together via the Birmingham Trade Union Resource Centre, People Meeting in a Room. Using archive footage, animation and collaborative approaches to performance that combine voice over with music made by friends, the films weave together different approaches to film making creating a kaleidoscopic vision of Britain's recent past, both personal and at times psychedelic. Adam, along with Céline Amendola and Michael White, set up the artist run space Celine in 2015.

The Genome Chronicles will be available to view as a live screening on CCA Annex at 7pm on Sat 26 June, immediately followed by the live in conversation event. If you have not been able to register in advance, you will still be able to access the event on CCA Annex.