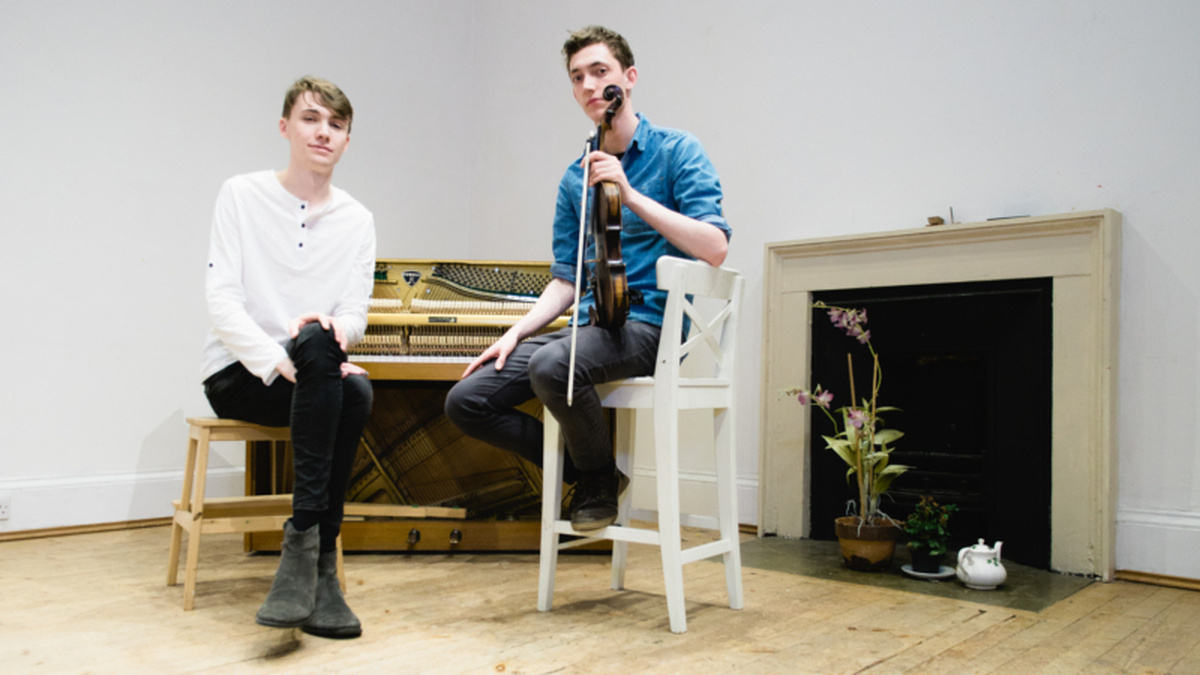 From Scottish duo Charlie Grey and Joseph Peach, and Filmmaker Hamish Macleod, Air Iomall (Gaelic for On the Edge) is a film and suite of new music, inspired by now uninhabited islands deep in the North Atlantic - some of Scotland’s most remote, and remarkable, places.

Travelling aboard the Dutch tall ship Wylde Swan, the duo visited and wrote music inspired by the histories, people, and landscapes of these mysterious, wild places, including: The Shiant Isles, North Rona, The Flannan Isles, Sula Sgeir and St Kilda.

Macleod’s film documents the duo on this once in a lifetime experience, providing a visually stunning, sensitive insight in to these under-documented and enigmatic landscapes. It culminates with a concert of their new music on St Kilda - the most remote part of the UK, on the 88th anniversary of the evacuation of its native population.

Accompanying the film, is the duo’s release of a studio album of the same title, which features their live performance on St Kilda in its entirety.

The evening celebrates the launch of project with a screening of the film, and performance by the duo.

The project was supported by Help Musicians UK and Creative Scotland.