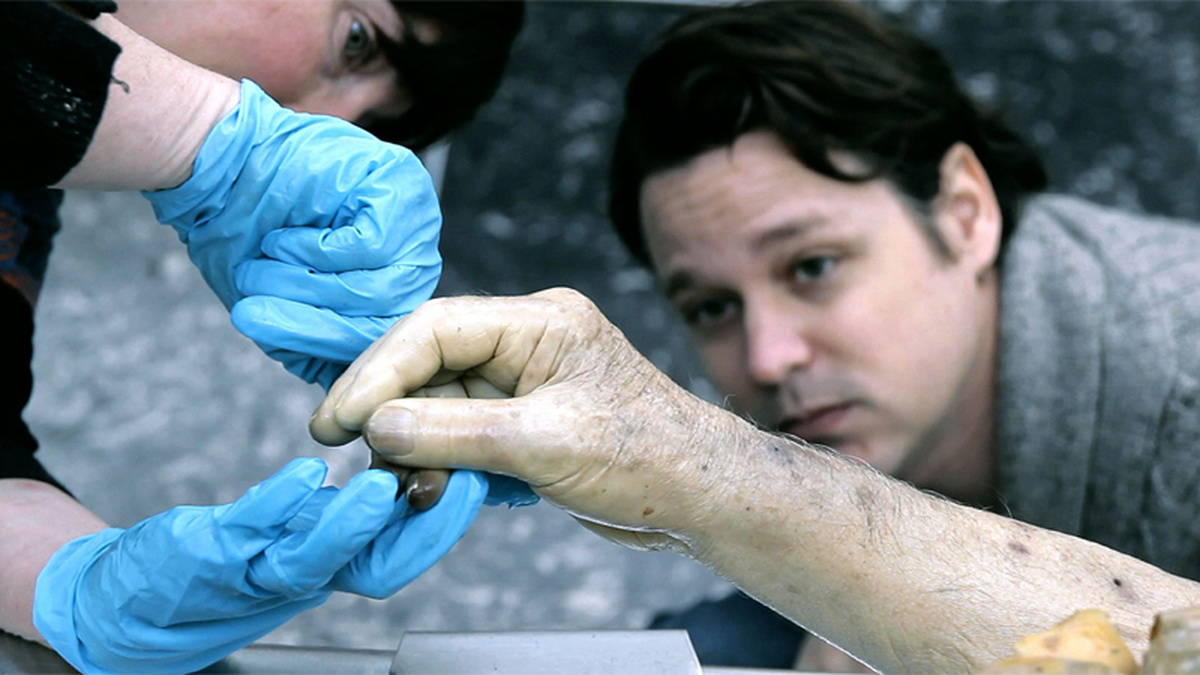 Circles of Focus presents – for the first time – the results of a collaborative research project by artists Christine Borland and Brody Condon that explores human body donation as a tool for artistic research and practice. Open air fired ceramic sculptures, performance documentation, and legal paperwork presented in the CCA Galleries function as a proposal to potential body donors whom the artists have worked with over the past two years. Borland and Condon imagine a contemporary approach to death and dying by suggesting the anonymous body after death could be a site of ambiguity and expression.

Extensive research and collaboration with a local potter and experimental archaeologist in Orkney has led to the artists developing sculptural works from large amounts of earth shipped from the islands. This raw material has been made into workable clay through a laborious local process involving the addition of fat, sand and animal hair, then fired in mounds according (as far as can be proven) to Neolithic methods. The pieces entangle the historical and contemporary relationships with materials that are encountered in funerary as well as everyday rituals.

As part of a series of events surrounding the exhibition, informal ‘rehearsals’ at CCA will document the abstract traces transferred from the sculptures to the skin of carefully positioned living bodies, in a manner similar to the process known as hypostasis - which describes how the surface of the body, after death, retains imprints from the objects it touches. Using this forensic methodology, often employed in crime scene analysis, the artists make an aesthetic proposal for the physical remains of the donors.

The Circles of Focus project, through sculpture, performance research and practice, binds the material body to the social imagination embodied across law, medicine, archaeology and death itself.

The project has been made possible through collaborations with experts and institutions, including the Laboratory of Human Anatomy, University of Glasgow; Materialise UK; Fursbeck Pottery, Orkney; Flux Laser & CNC Studio, Glasgow; Faculty of Arts, Design and Social Sciences, Northumbria University and Cove Park; and with funding from a Creative Scotland Vital Spark Award.

Circles of Focus is co-developed with Stroom in Den Haag, The Netherlands, where the second chapter of the project will open in September 2016.

This exhibition is accompanied by a series of events including the open air firing at Cove Park; the rest will be announced shortly.

The film below contains graphic images relating to anatomy and body donation. The contribution of the whole body donors and their families is gratefully acknowledged.

Circles of Focus at CCA Glasgow, 2015 from Brody Condon on Vimeo.