Chto Delat Triple Screening: It did not happen with us yet 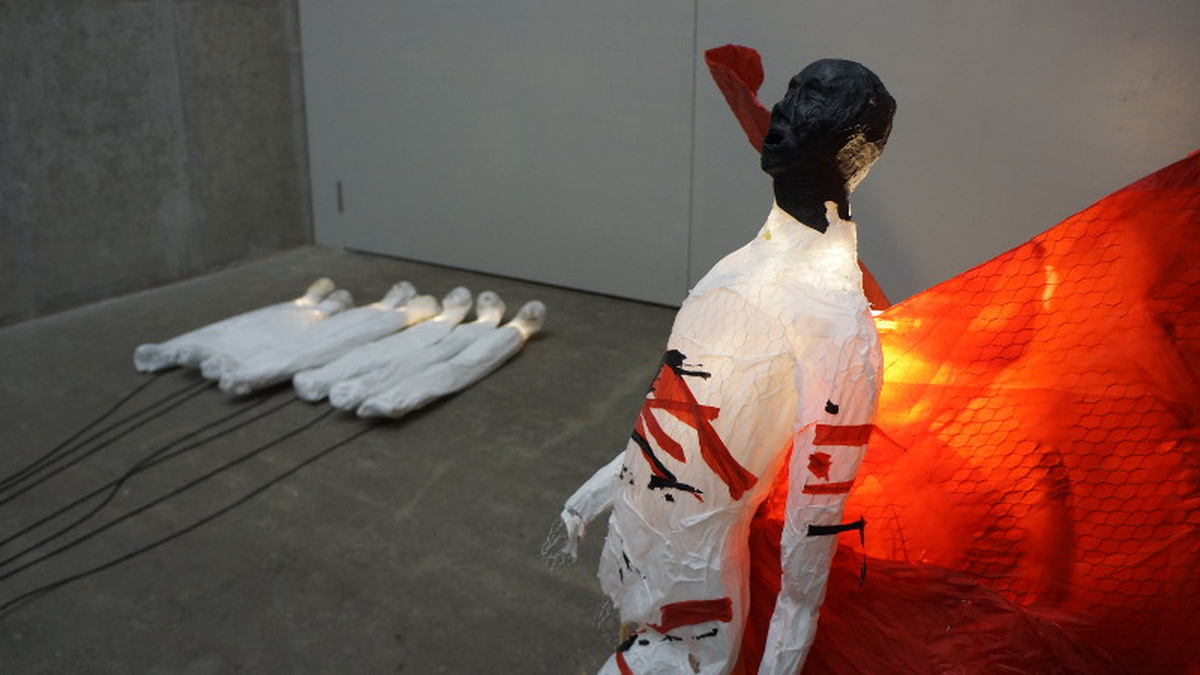 A special triple screening of three films by Chto Delat: It did not happen with us yet, 2016; Museum Songspiel, 2011; and The Lesson on Dis-Consent, 2011.

It did not happen with us yet, 2016
Safe Haven is the name of a network of residences for artists, authors and musicians who live in countries where their life, freedom and human dignity are in danger. In the Safe Haven residences they can decide their further fate – whether to request political asylum or return to their native land. Most of these residences are located in small, pleasant towns in Northern Europe. We (Chto Delat) are not yet in need of assistance in the form of a Safe Haven. Regardless of continually growing censorship and repression of any kind of critical statement, we can produce art with minimal risk to life and freedom. But what will happen if we do have need of a Safe Haven? Or rather, what will happen when we need one? What will happen if at some point we find ourselves hiding from danger in a residence on one of the small Norwegian islands?

Museum Songspiel, 2011
This fourth songspiel by Chto Delat represents a similar form of contemporary tragedy as the first three musicals of the Songspiel Triptych (screened on 13 August at CCA). But whereas the first three productions were based on accounts of historical events the Museum Songspiel is realised in a tradition of dystopian film. The script takes place against the backdrop of an imaginary scenario of Dutch politics in the year 20XX, where all immigrants have been banned from the country. The film raises the frightening question of which particular role the museum and therefore also art might be forced to play under political circumstances borrowed from the realities of Russian current political situation. The film is a kind of acid test on how socially concerned art might operate under severe pressure of control by nationalistic populist governments.

The Lesson on Dis-Consent, 2011
This performance was recorded at the Staatliche Kunsthalle Baden-Baden on October 28, 2011. The piece continues the series of musicals (songspiels) written and produced by Chto Delat and composed by Mikhail Krutik. It is based on a critical reading of a number of texts produced by the anti-psychiatry movement, which emerged in the late sixties and early seventies in the Europe and US, especially those of the well-known Socialist Patients’ Collective in Heidelberg. In the performance, a 'chorus of patients' that have been invited to appear at the exhibition opening become engaged in dialogue with the audience. The work critiques the modern concept of a healthy lifestyle and discusses how we might radicalise this concept and “turn illness into a weapon.”

This event is part of the programme for Chto Delat | Times, Lines, 1989s