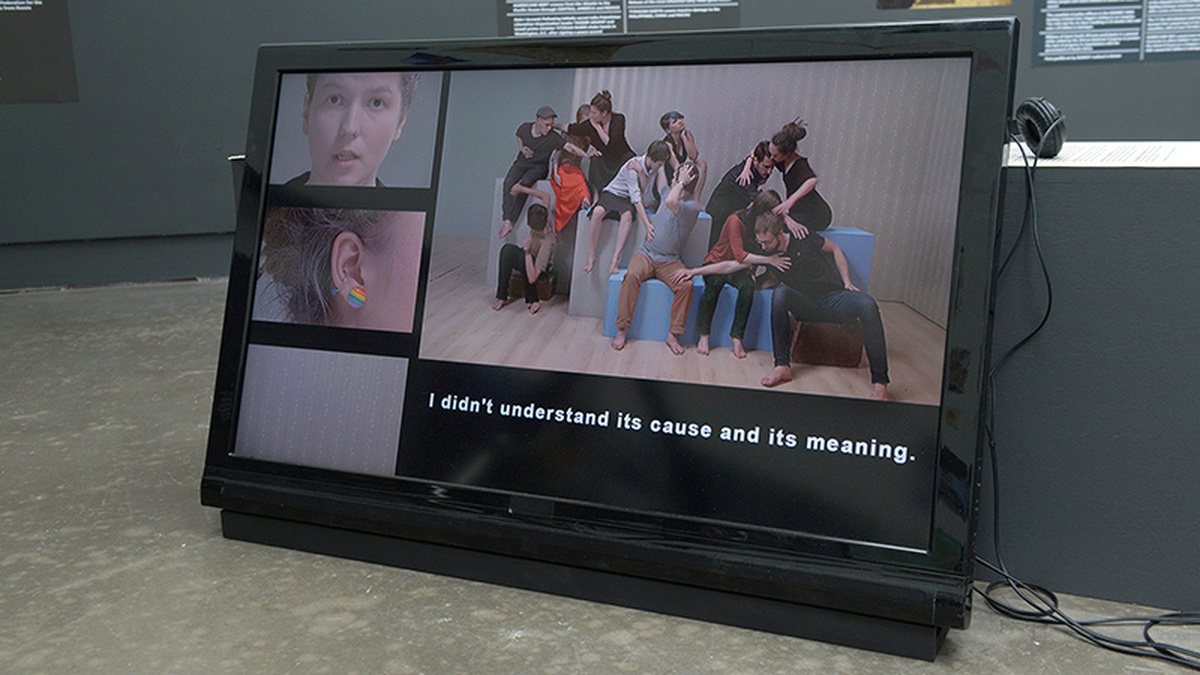 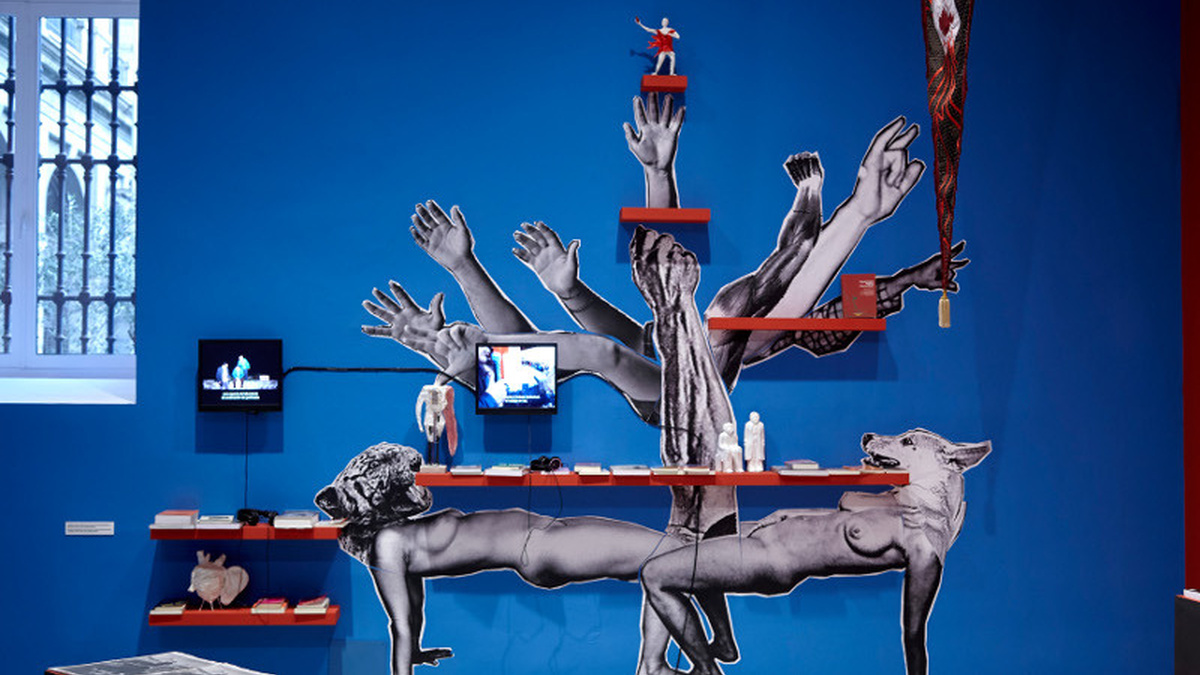 A screening of a triptych of musicals that the Chto Delat collective began work on in 2008. This cycle includes the video films Perestroika Songspiel: Victory over the Coup (2008) - 26mins, Partisan Songspiel: A Belgrade Story (2009) - 29 mins and Songspiel: The Tower (2011) - 35mins.

Songspiel: The Tower
The Tower: A Songspiel is based on real documents of Russian social and political life and on an analysis of the conflict that has developed around the planned Okhta Center development in Petersburg, where the Gazprom corporation intends to house the headquarters of its locally-based subsidiaries in a 403-meter-high skyscraper designed by the UK-based architectural firm RMJM. The proposed skyscraper has provoked one of the fiercest confrontations between the authorities and society in recent Russian political history. Despite resistance on the part of various groups who believe that construction of the building would have a catastrophic impact on the appearance of the city, which is a UNESCO World Heritage Site, Gazprom has so far managed to secure all the necessary permissions and has practically begun the first phase of construction.
The Gazprom tower is promoted by the authorities as a symbol of a new, modernized Russia. How are such symbols produced? How does the ideological machine of power function? How are projects like this pushed through despite the resistance of ordinary citizens? These are the principal questions raised by this film.

Partisan Songspiel: A Belgrade Story
The film presents an analysis of a concrete situation: Partisan Songspiel begins with a representation of the political oppression (forced evictions) the government of the city of Belgrade visited on the Roma people inhabiting the settlement of Belleville, on the occasion of the summer Universiade Belgrade 2009. It also addresses a more universal political message about the existence of the oppressors and the oppressed: in this case, the city government, war profiteers and business tycoons versus groups of disadvantaged people − factory workers, NGO/minoritarian activists, disabled war veterans, and ethnic minorities. At the same time the film establishes something that we can call the “horizon of historical consciousness,” which is represented through the choir of “dead partisans” who comment on the political dialogue between the oppressors and the oppressed.

Perestroika Songspiel: Victory over the Coup
This film is structured in the form of a song that conveys and analyses a key episode in the final period of Perestroika in the Soviet Union. In August of 1991 an unprecedented popular uprising against the established order took place. This uprising represented the end of the Soviet period and was deemed by the West to be the final triumph of democracy in Russia. The video speaks ironically about the epic genre that tinges certain historical processes, such as the one that meant the end of the Cold War, and plays with a distanced re-writing of history. The work follows lines of action of a series of artists from Eastern Europe who work with the processes of transformation of the West, proposing alternative visions to the dominant narrative, but from the vantage point of generational distance with regard to the period addressed.

This event is part of the programme for Chto Delat | Times, Lines 1989s