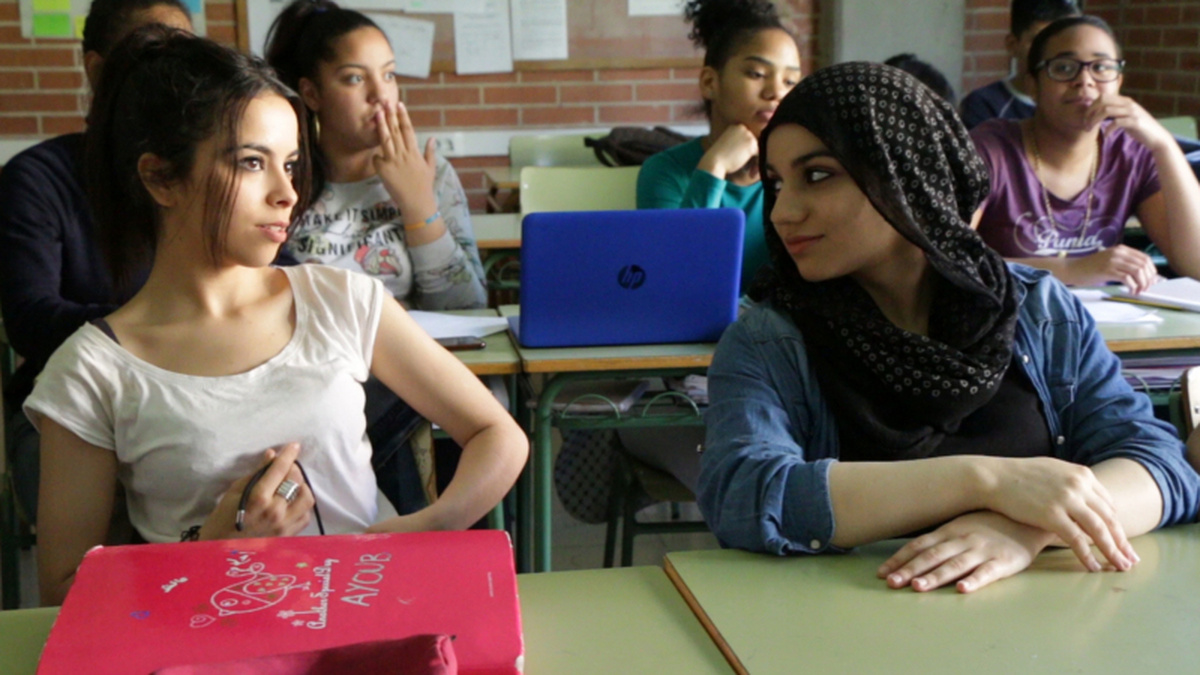 An assignment on the question of whether to wear a hijab veil strengthens the friendship between two Muslim girls in Barcelona.

Some Might Say is a story of friendship. Thanks to Aisha and Ahlam we will plunge into the two girl’s reality of teenagers and Muslims. They work together on a school project about women who wear the veil in Barcelona. It induces them to reflect and to make confessions about each other that will generate an internal evolution in both of them. Amongst a modern life the camera moves around as if it was another character and so the viewer can feel close to them and their intimacy.

We speak very freely about Muslims and Arab customs and traditions but very rarely we listen their say on issues such as why women wear hiyab. A much needed film that surely will trigger necessary debates on this topic.

Director Nila Núñez Urgell delivers her exceptional fist work which is also her final student work. A documentary that has become an acclaimed title in festivals like Gijon, DocumentaMadrid (Spain), IDFA (Amsterdam) and Guadalajara (Mexico)

SCAT: Saramago Rumba Party
Don't miss the chance to dive into Mediterranean beer and explore Catalan gastronomy with a special menu created for this event while a special DJ set explore the roots of “Rumba Catalana” and its later variations.