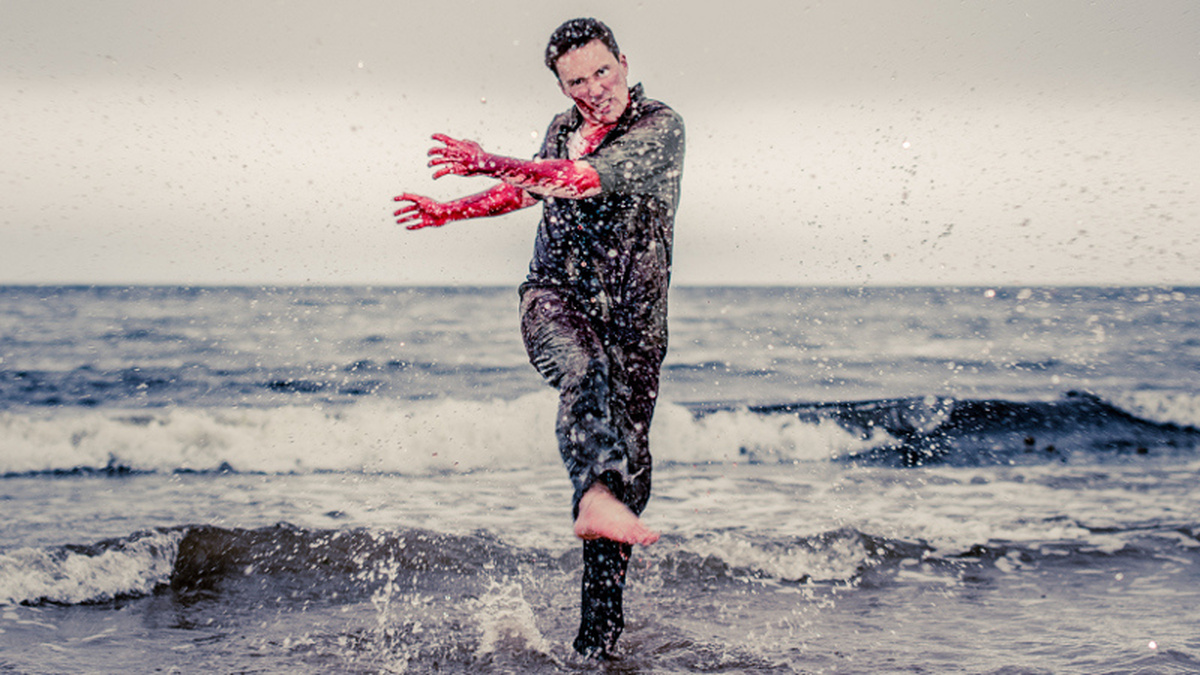 Achilles tells the story of the greatest hero of the Greeks during the Trojan War: how his best friend is killed by the champion of the Trojans, his desperate grief, and his terrible vengeance. In a fusion of storytelling, dance and song, Achilles is the story of a man’s exorcism: a burning out of his vulnerability, his rage, and his humanity.

Company of Wolves is Scotland’s only laboratory theatre company, led by Ewan Downie and Anna Porubcansky. We make performance by experiment, using elements of theatre, dance, music and improvisation to craft unique and compelling pieces that speak directly to the times in which we live.

Supported by The National Lottery through Creative Scotland in association with Cumbernauld Theatre, Platform, Dance House, and Citizens Theatre
This performance was part of manipulate Visual Theatre Festival 2018 produced by Puppet Animation Scotland.