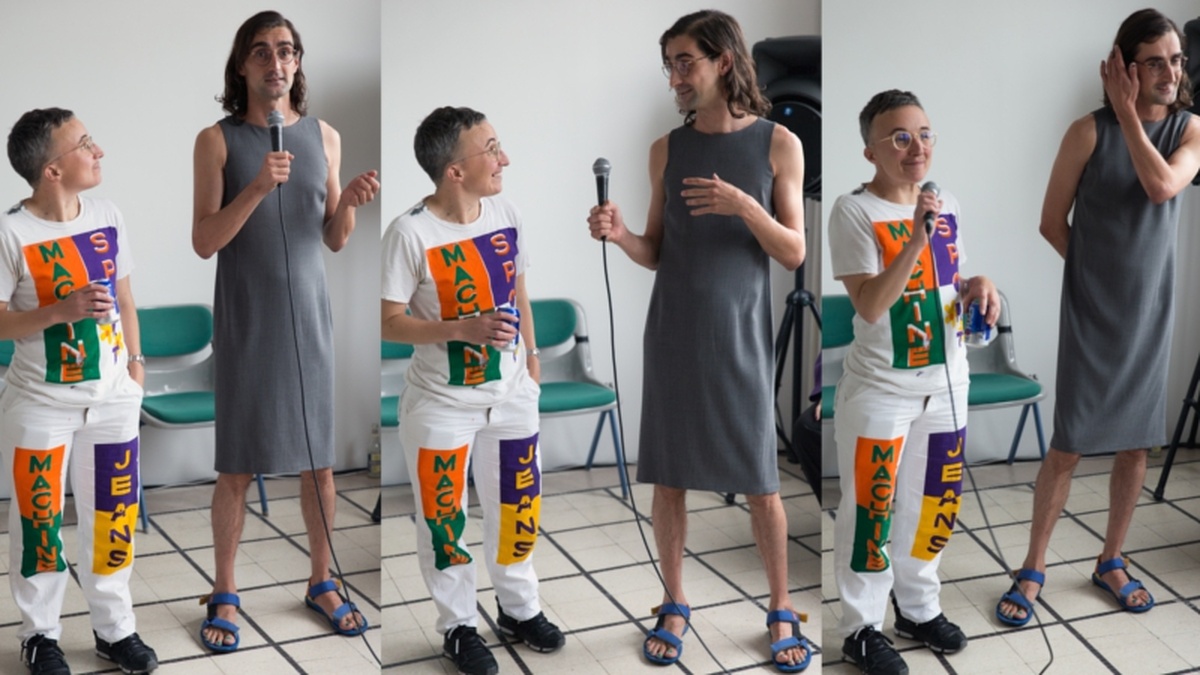 During their residency at CCA, Buenos Tiempos, Int. are scripting an adaptation of Federico García Lorca’s very gay play The Public using a jolly menu of pop literature, cinema and songs from today and yesterday, in order to form a queer perspective on this dramatic work.

The Public was written in Spanish in New York, at La Unión hotel in La Habana and Madrid, between 1929 and 1930. After Spanish fascist soldiers murdered Federico, one manuscript of this drama was smuggled out of the country by Rafael Martínez Nadal and was published in 1978. A version translated to English by Henry Livings, and directed and designed by Ultz, was first presented at Theatre Royal Stratford East in London in 1988, a production that defied Section 28 of the Local Government Act, which banned the promotion of homosexuality. One of the characters is a gay theatre director producing a revolutionary adaptation of William Shakespeare’s Romeo and Juliet, and other actors mutate into multiple characters of various genders and species through costume changes, some play the role of costumes, and the character of Juliet is played by an actor playing a man playing a woman…

We are an online exhibition space thematically concerned with “faggotry as it is today”, the programmers of a biennial Evening of Poetry in Brussels and a collaborative production initiative focused on “today’s and yesterday’s transvestism” and presented with our peers. Alberto García del Castillo and Marnie Slater founded Buenos Tiempos, Int. in 2014.