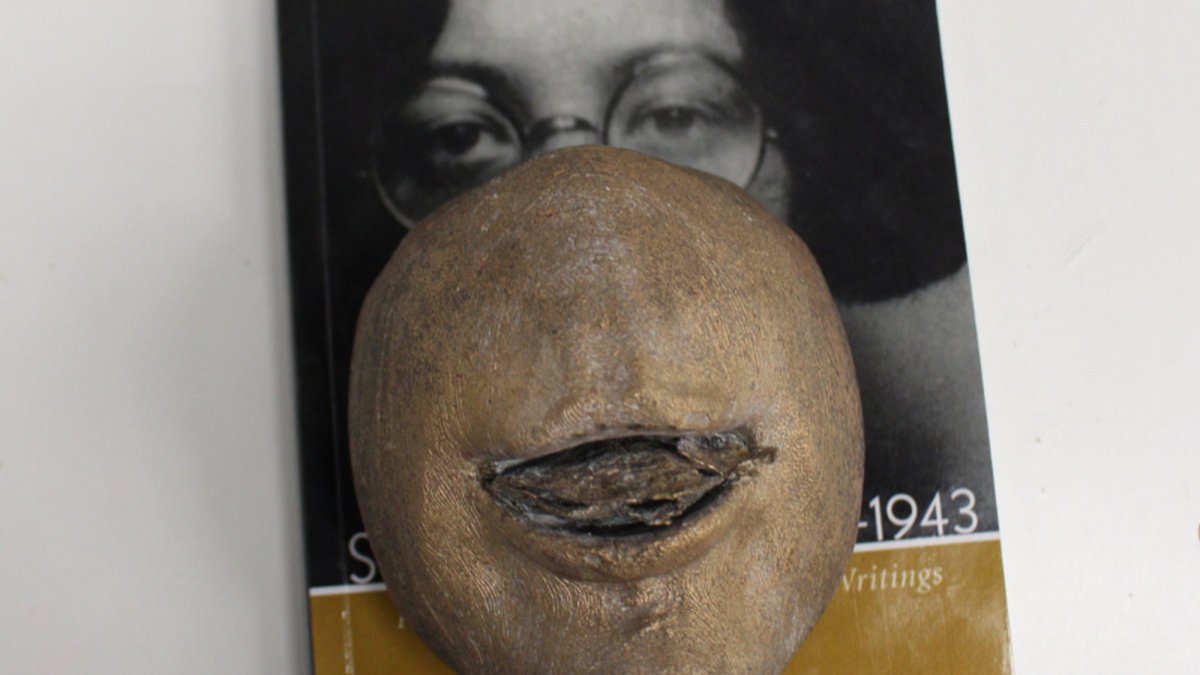 During her residency at Creative Lab Kari will work with the form and conventions of modernist and physical theater to interrogate contemporary subjectivity, its construction and dissemination as lived speculative fiction. She will explore the intersections between the mystical and the digital and the characters that inhabit these states.

Kari is interested in how theater formally fragments or protracts viewpoints across multiple characters within one constructed (staged) space. One character she will focus on is the intersecting figure of the female mystic and the avatar. Both of these explicitly female roles channel the subjectivity of another through their own embodied form in a ‘hosting’ which is at once powerful and utterly dispossessed. Kari will approach these questions through the writings of activist, philosopher and mystic Simone Weil who through her short life increasingly disavowed her own subjectivity. Weil argued for a passing over into ‘the impersonal’, an at once innately political and deeply mystical space of shared belonging.

As part of her examination of gesture and physical theater Kari will work with the concept and form of the ‘Minor Gesture’ (Erin Manning). Minor Gestures are those that are not dominant, not represented, not desired or propagated or that do not signify clearly. The Minor Gesture can encapsulate and engender ways we move in and through the world. They activate the moments of discord, the multiple, micro- resistances in our daily choreographies.

During her residency Kari will be making works informed by theater, as well as continuing her research on minor gesture. As part of this research process she will host a series of public events, including reading groups open to the public, workshops and film screenings.