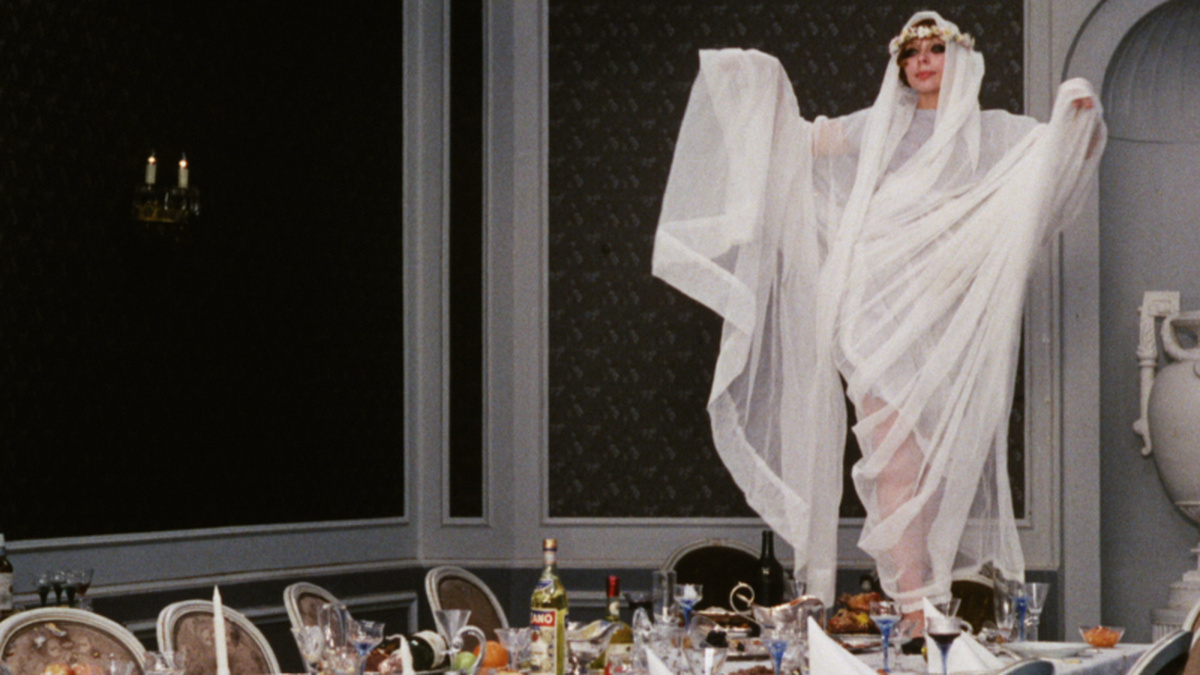 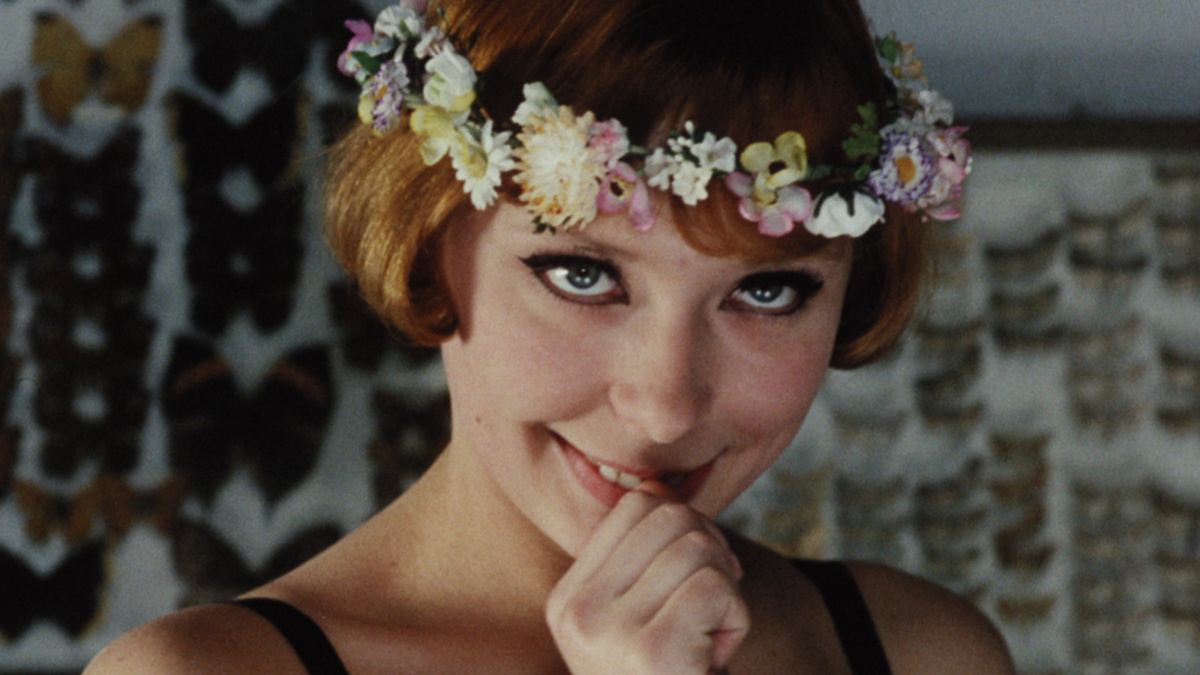 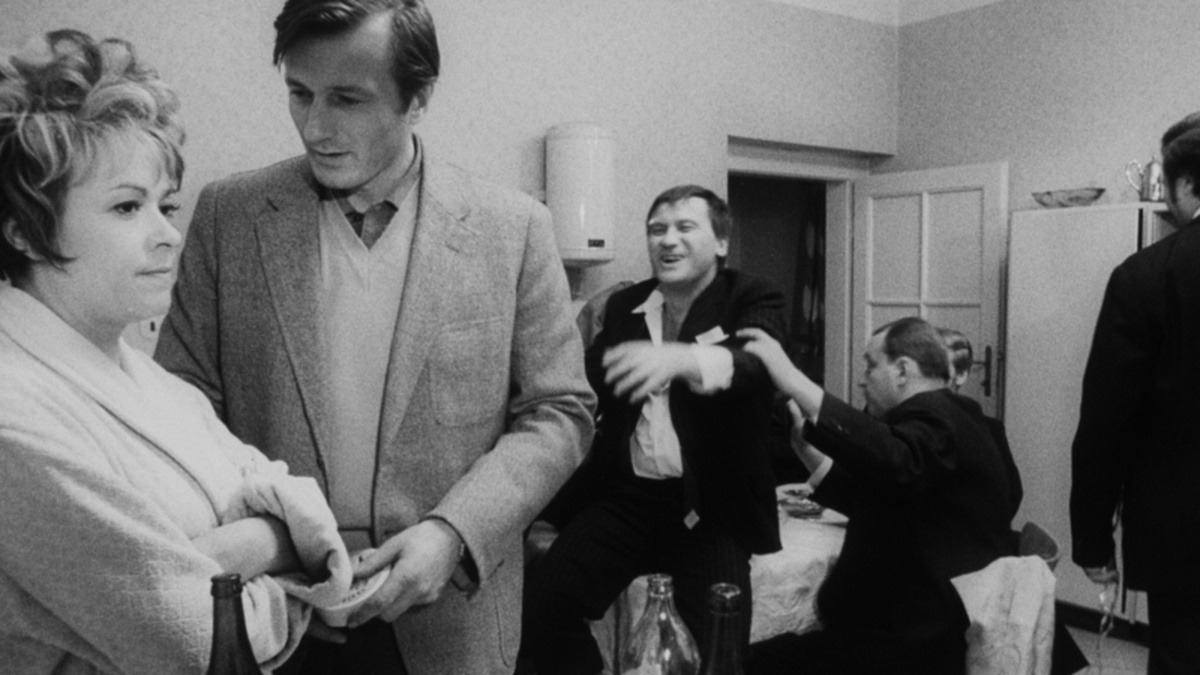 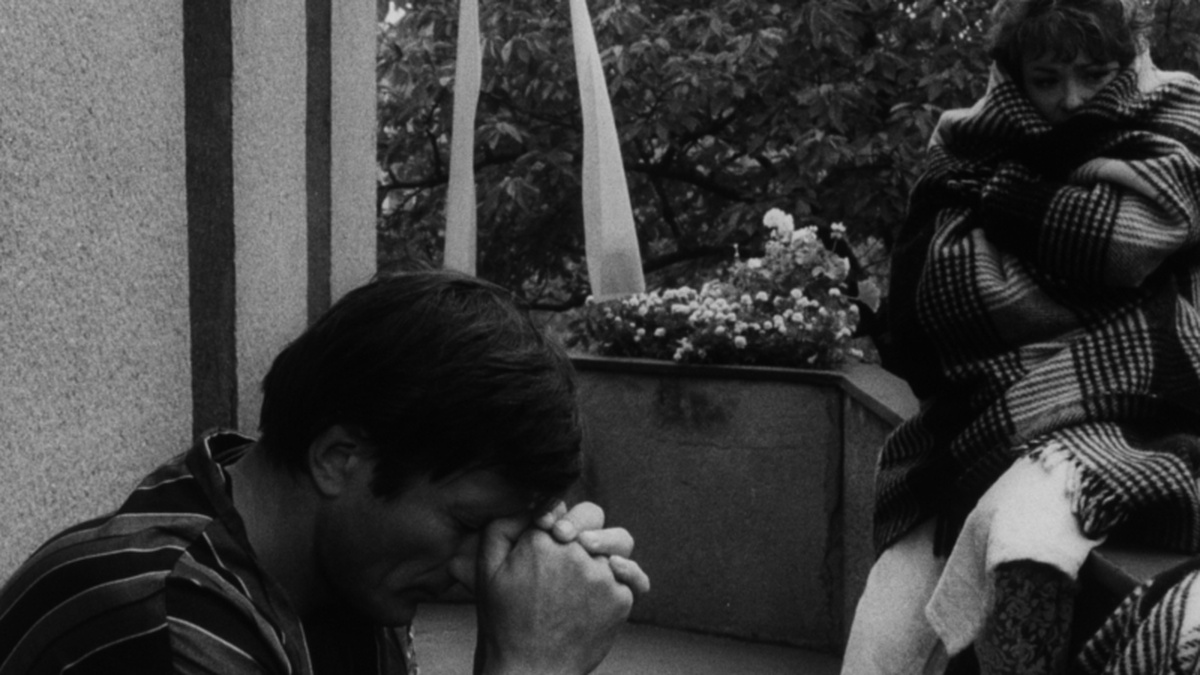 One of the most celebrated films of the 1960s Czechoslovak New Wave, Sedmikrásky (Daisies, 1966) is director Věra Chytilová’s second feature film. Made when Chytilová was 37-years-old, this timeless, vibrant classic continues to inspire new generations of viewers. A provocative film, it tells the story of two young women who decide to mirror the decadent, hedonistic world in which they live. Removed from the political reality of the time in which it was made, Daisies are nonetheless a quintessential representation of the mid-sixties aesthetic. Marie I and Marie II have no qualms with traditional morality and social norms, carelessly bamboozling the men attracted to their carefree exuberance – mostly older men. The avariciousness of these models sees them exploiting the wallets of their spellbound male suitors, and just trying to enjoy any kind of fun that comes their way. One gauge of their escapades is the game “matters/ doesn’t matter”, which both swaggering Maries play as they blindly proceed from one adventure to the next. But their “spoilt” nature – as highlighted at the end through a moral underscored by Chytilová – is just innocent rebellion set against the backdrop of a troubled modern world. Yet the protagonists of Daisies – playfully embodied by non-professional actresses Jitka Cerhová and Ivana Karbanová – primarily serve as a demonstration of female liberation in accordance with the feminist trends of the times. At the same time, the two Maries stand for – albeit in extreme form – Chytilová’s representation of female characters battling to make it in a man’s world. As such, they join the ranks of similar female trailblazers seen in Chytilová’s O něčem jiném (Another Way of Life, 1963); Hra o jablko (Apple Game, 1976); and Pastí, pastí pastičky (Traps, 1998). What makes Daisies so unique in terms of both form and meaning is its showcasing of the close collaboration between Chytilová, costume designer, set designer and co-writer Ester Krumbachová, and cinematographer Jaroslav Kučera. The film’s “dangerous” nature only emerged once it was edited together. This meant that though lauded by critics across the globe, and hailed at a multitude of film festivals, the film found itself subject at home to official criticism and censorship (it became one of the few Czechoslovak films to be taken up by the Czechoslovak parliament, and later ended up “shelved” in a “normalisation” era vault).

Two young girls - Marie I and Marie II - are convinced that "everything in this world is spoilt for them" and so they decide that as well will be depraved. They adopt the principle that "nothing matters, just so long as it's a joke". They look for jokes at home, in a swimming-pool and in night-clubs. Marie I starts a relationship with an older man and at dinner pretends that she is modest and chaste. But then Marie II appears, takes a seat at the table and shamelessly orders various delicacies at the man's expense. Finally the girls escort the surprised man to the station, put him on a train and wave him goodbye. They repeat this trick several times, they steal from a cloakroom attendant and play a game with a young man who claims to be passionately in love with one of the Maries. None of this is enough for them, however. They want to be even more depraved, but they are also aware that people don't notice them. One day they ride up to an upper floor of a hotel where a lavish feast has been set out in a beautiful hall. After a while the girls start in on the food, and then set about throwing cakes at each other and destroying the whole table. They swing on the crystal chandeliers, fly through the windows and fall into a river, where they start to drown. No one tries to save them, and both Maries lose their taste for being depraved. They return to the destroyed salon, try to repair the damage and comfort themselves with the promise that if they are good and work hard they will also be happy.

One of the most absorbing films to emerge from the pairing of screenwriter Jan Procházka and director Karel Kachyňa. Ucho (The Ear, 1970) is a skilfully made psychological drama, reflecting similar characteristics to the surge of quality Czechoslovak films made during the liberal climate of the New Wave in the mid to late 1960s. As with other titles from this time, Ucho (The Ear) is critical of the methodology of totalitarianism – consequently it was only distributed to Czech audiences in 1990. Essentially only two people feature in this intimate drama – husband and wife Ludvík and Anna, who have become accustomed to the constant monitoring and eavesdropping conducted by state authorities. Indeed, they even have a prying “ear” in their home listening to their every conversation. But, one night, after returning home to their villa from a government reception, the ministerial deputy and his wife are gripped by panic. For they deduce that Ludvík is set to be arrested because of a critical report which he helped to write. An anxious and desperate night ensues, as the couple break down their own relationship – one full of compromises, disappointments, and lack of love. Morning brings fatigue, and a terrifying sobering reality: it isn’t over; the nightmare continues. Ludvík’s ministerial boss has been liquidated, and now he is set to take his place… Kachyňa’s film makes full use of the traits of the tense psychological thriller, evoking paranoia. The intimate setting is only broken by an “innocent” visit by two secret police, and flashbacks to a government social gathering. While the film can be viewed as a comment on the oppression of the Stalinist 1950s, its rich style elevates Ucho to a more abstract and timeless critique. The film itself caused many headaches for its authors during the “normalisation” era: until his early death in 1971, writer Jan Procházka found himself blacklisted. Kachyňa, meanwhile, while able to continue directing, was forced to make creative compromises. Radoslav Brzobohatý and Jiřina Bohdalová, offer gripping performances as the two main characters – but they would never be presented with such juicy roles again. In 1983, Pavel Kohout re-filmed Procházka’s script (as Das Ohr) for Austrian TV station ZDF/ORF. Kohout selected Vienna Burgtheater actors Joachim Bissmeier and Gertraud Jesserer (with colleague Pavel Landovský playing one of the secret police).

In the midst of a July night, sometimes in the 1950s, deputy minister Ludvík and his wife Anna return home from a governmental reception. The woman is drunk, feels offended that the husband forgot about the tenth anniversary of their marriage, and keeps gibing, trying to stir a quarrel. In front of their villa, they cannot find the keys. As Ludvík climbs over the gate, Anna finds out it is unlocked and discovers other strange things. Electricity and phone in the house are cut off and there are some strange men moving around in their garden. Ludvík recalls the discussions at the reception where he learned that his superior minister and several other men were arrested. Horror begins to seize him as he realizes that he himself helped to write a critical report on brickyards, which was possibly the cause of the arrest. He begins to destroy documents, tearing some, flushing others down the toilet and burning yet more. The tense situation results in a fight between the husband and wife, with Anna reproaching Ludvík for his unscrupulous careerism. Then a group of secret policemen rings the bell by the gate. Anna prepares things for Ludvík to take to prison. However, the agents did not come to arrest him and Ludvík, out of gratitude, plays host to them. When the men leave, the couple finds out that they "only" came to complete installation of a monitoring system, having been interrupted by Ludvík's and Anna's preliminary arrival. It is morning, the husband and wife, exhausted by fear and stirred emotions, are having breakfast. The phone rings and Ludvík is told he has been appointed minister.