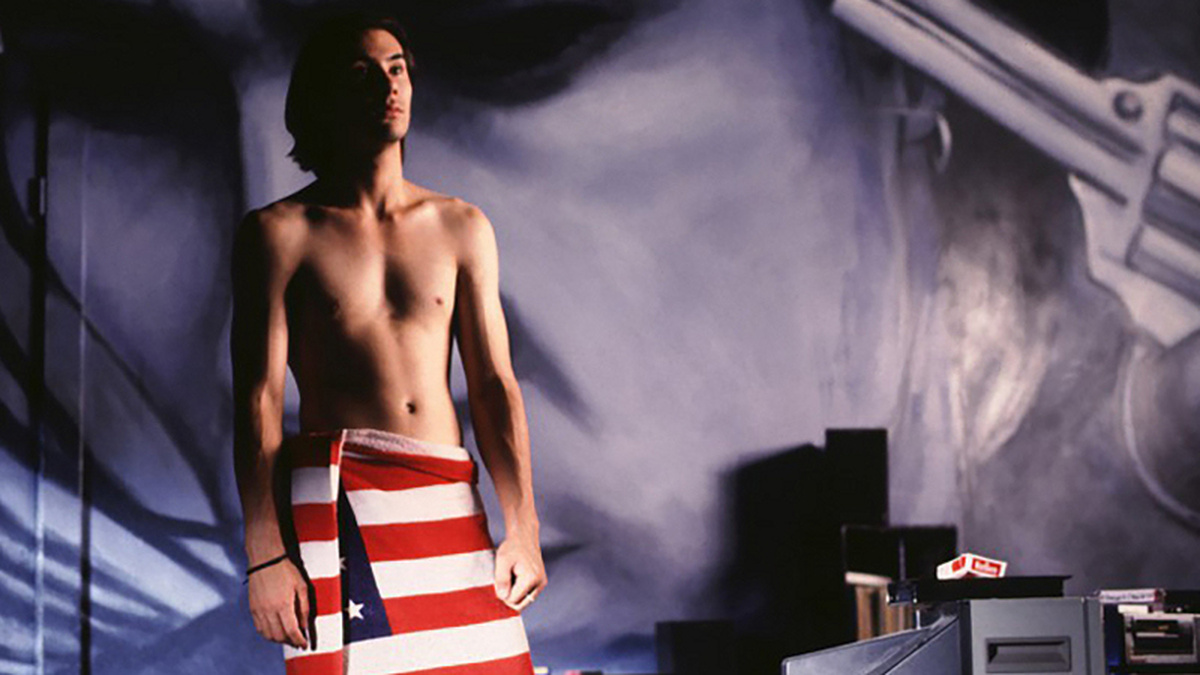 A rare opportunity to see Gregg Araki’s queer cinema trilogy of Totally Fucked Up (1993), The Doom Generation (1995) and Nowhere (1997). A kaleidoscope of pop culture, nihilism, disenfranchised youth and… reptilian aliens.

6pm
TOTALLY FUCKED UP
Told in fifteen vignettes, this pseudo-documentary film chronicles the lives of six queer adolescents dealing with sex, love, homophobia, depression and relationships as they come of age in 1990s LA. A heartfelt, anarchic portrayal of teenage angst.

7.30pm
THE DOOM GENERATION
Troubled teens Jordan (James Duval) and Amy (Rose McGowan) pick up an adolescent drifter, Xavier (Jonathon Schaech) and together the trio head out on a surreal sex and violence-filled road trip through the dark apocalyptic landscape of America, encountering sinister strangers claiming to be from Amy’s past.

9.15pm
NOWHERE
Famously described as ‘Beverley Hills 90210 on acid’ this outrageous star-studded teen flick follows the lives of a group of hedonistic teens. Dark (James Duval), his girlfriend Mel (Rachel True) and her sarcastic lover Lucifer (Kathleen Robertson) plan on attending the wildest party of the year, but things take a strange turn and they find themselves facing a series of increasingly bizarre occurrences, including alien abduction, murder and teenage heartbreak, set against an apocalyptic, candy coloured backdrop of 1990s LA.

The screening will be captioned. This event is priced according to a sliding scale. Find out what you should pay.

Screening as part of Scalarama Glasgow. Matchbox Cineclub is an independent exhibitor of cineoutcasts, orphans and outliers.