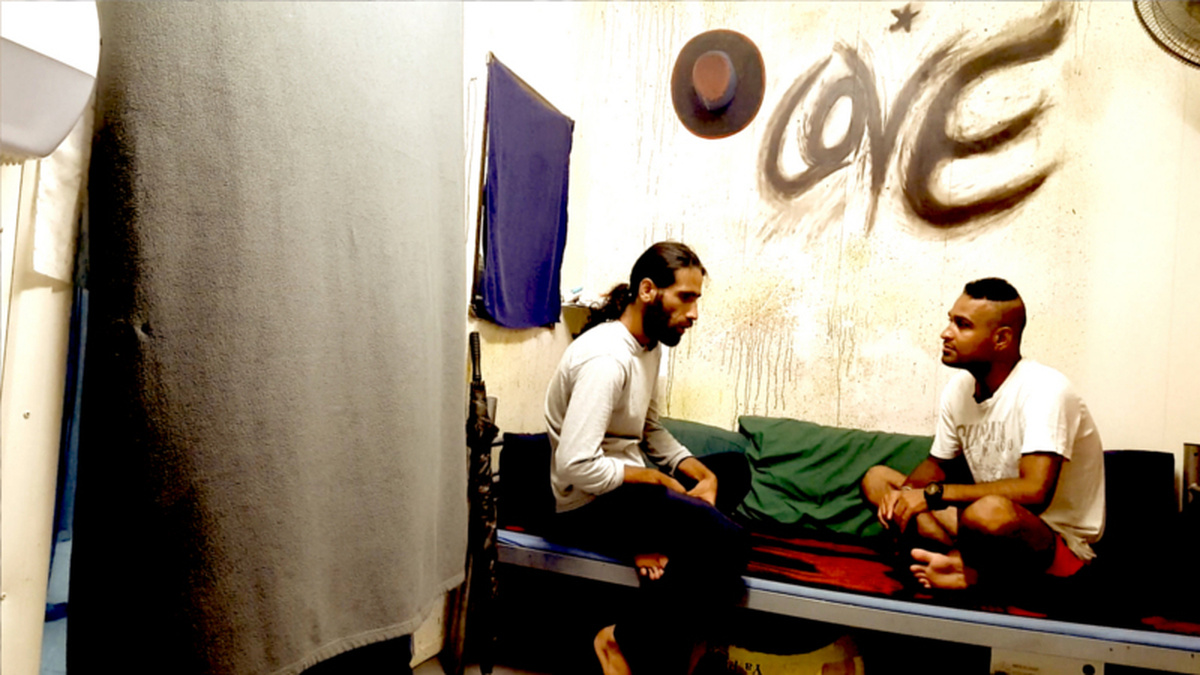 Chauka, Please Tell Us The Time

Chauka is the name of a native bird on Manus Island and is also the name of the solitary confinement unit at Manus detention center. The Chauka is a symbol of the island and allows locals to tell the time from the Chauka's regular singing.

Over a period of several months, Iranian journalist and Manus Island detainee Behrouz Boochani had access to a phone. In secret, and with help from Iranian-Dutch filmmaker Arash Kamali Sarvestani, Boochani created a film which portrays what he describes as “the coarsening banality and repetition” of indefinite detention. Scottish Premiere.

Presented in collaboration with GRAMNet.