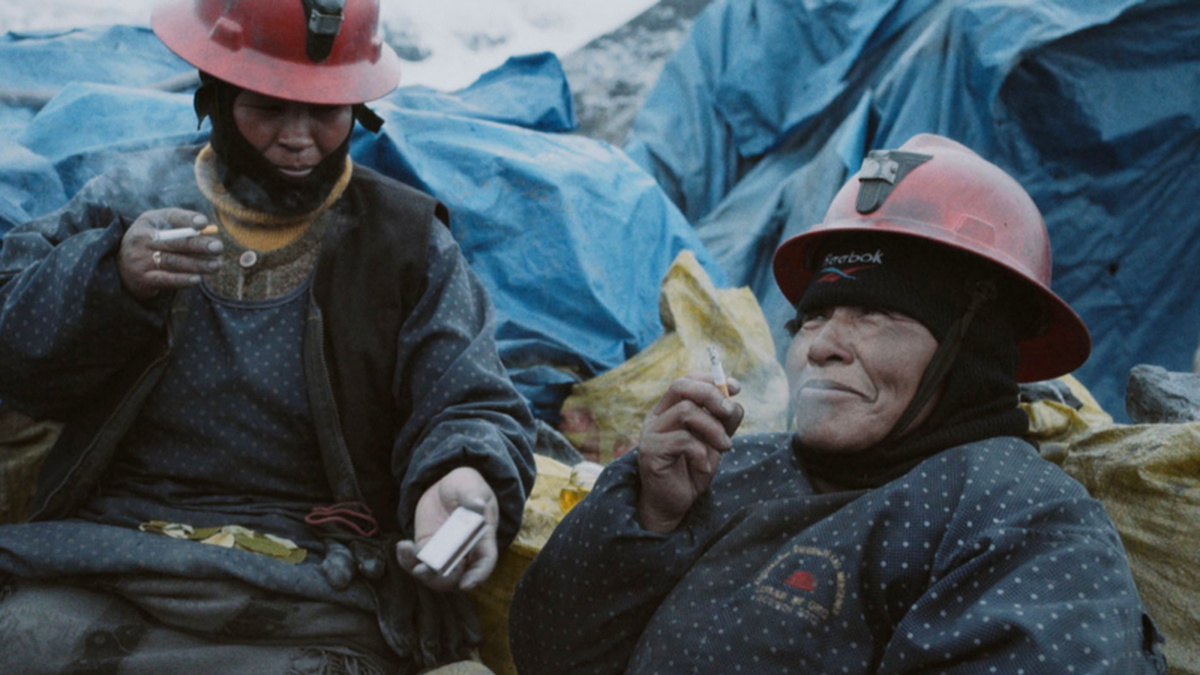 Set in the highest settlement in the world, La Rinconada y Cerro Lunar (5500m), in the Peruvian Andes. Moved by the same interests as in the ancient times, people live and work in the most precarious of conditions. An illusion of gold and a better life leads men to self destruction.

Questioning established documentary conventions, the film is a haunting and mysterious ethnographic reality cut-up. A challenging, sometimes hallucinatory, study of the human condition.