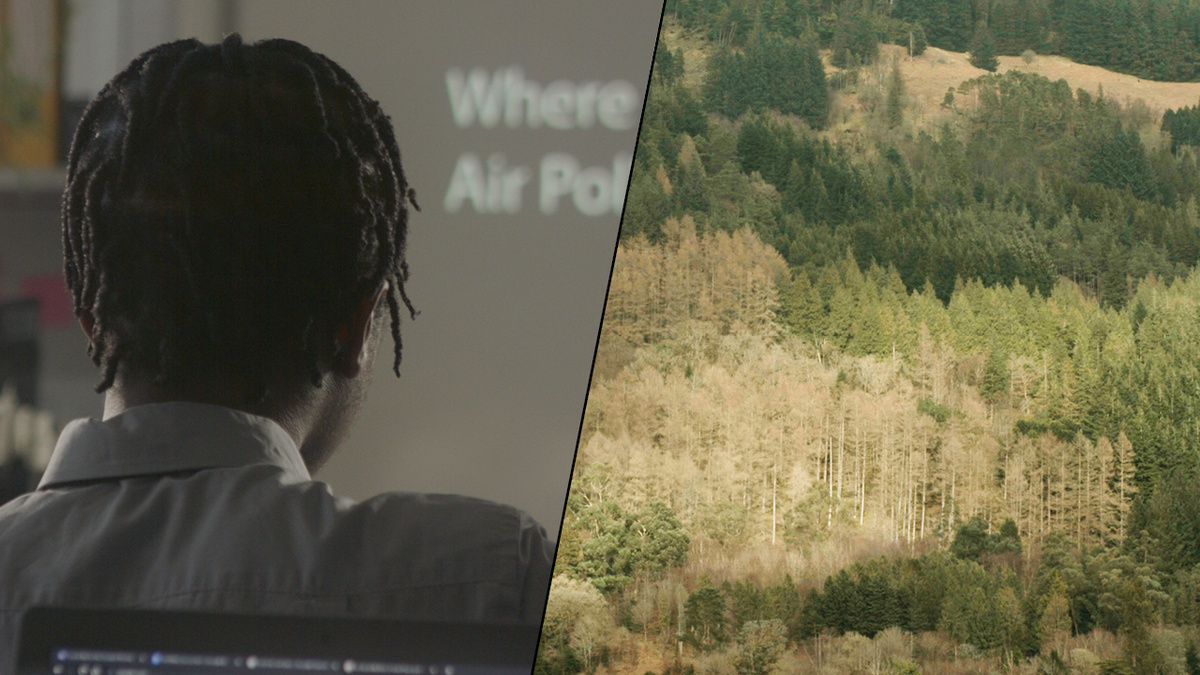 Encounters with Climate presents new films and exploratory work developed this year at Cove Park and throughout the UK which document intergenerational learning and decision-making in relation to climate management.

Congenial Soils and Favourable Situations by Rachel McBrinn and Alison Scott is a poetic response to the Scottish rainforest. Moving between mono-cultural blocks of planted forest and fragmented pockets of native woodland, the film asks: what is allowed to grow, and what is not?

Shot in the style of a TV show, Air Quotes by Louis Brown (East London Cable), cuts between a group of London teens who are regularly exposed to toxic levels of air pollution and young people involved in a school Eco Committee in rural Argyll and Bute. The film explores climate justice and the uneven impacts of policies intended to achieve net-zero.

Rainforest Days is a suite of three short responses to Scotland’s rainforest, made entirely from footage and descriptive audio taken by pupils of Hermitage Academy and Lochgilphead High School as part of the Artists in Schools programme led by artist Juliana Capes.

Join us for a Citizen's Panel event before the screenings, and share your views on new net-zero climate policies with researchers.