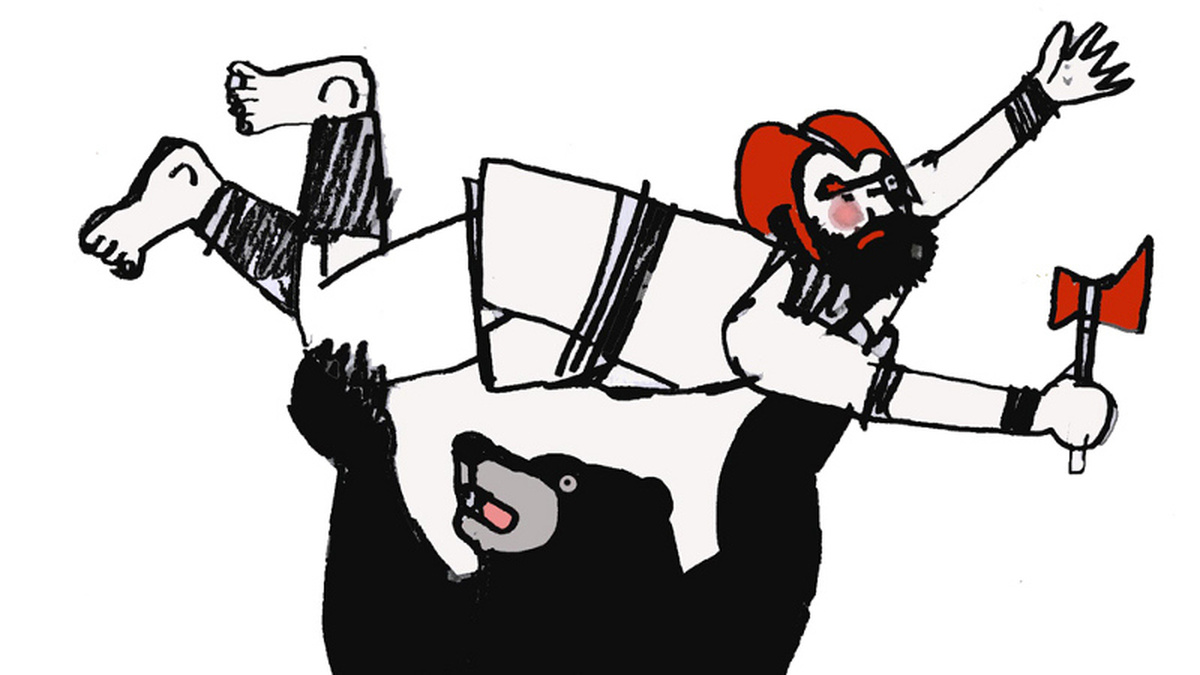 Set in 15th century Shetland, when its islands were under Norwegian rule and when taxes were paid in butter, Fetlar local Jan Tait lands himself in deep trouble when he clashes with the Norwegian tax officer. This comedic chamber opera follows Tait on an adventure-laden journey to Norway, a perilous encounter with the king, and a triumphant journey home, accompanied by a ferocious brown bear.

Jan Tait and the Bear offers a fascinating window into life in medieval Shetland, and is a reflection on the kinship between humans and animals. The story has so captured people’s imagination that it has been handed down by oral tradition until the present day, blending truth, exaggeration, and fantasy with rough, earthy humour. This is its first appearance in musical form.

The original score is by Canadian-born, Glasgow-based composer Emily Doolittle, and the libretto is co-written by Doolittle and Shetlander Peter Guy. This performance by Ensemble Thing is the premiere. Suitable for children and adults, contemporary music and folk music fans alike, both performances are followed by optional post-performance discussions with the composer, musicians and singers.

Each performance will be accompanied by an optional post concert discussion. The performance on Saturday 8 October is child-friendly