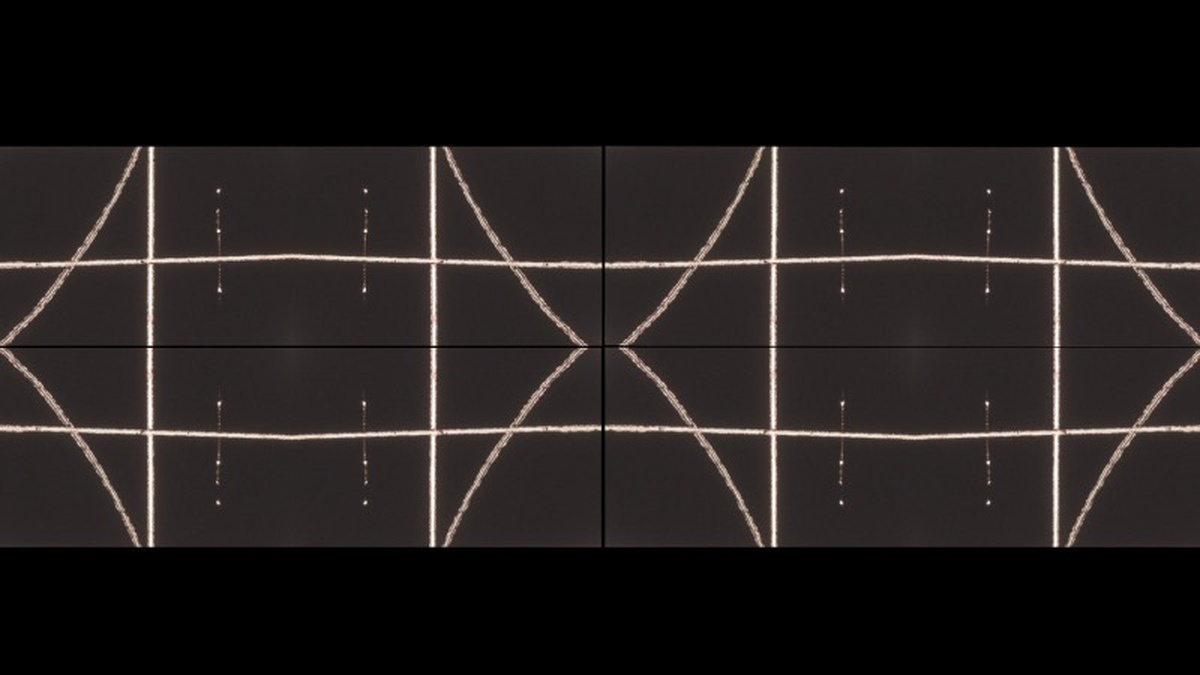 Moving image that sits somewhere between drawing, animation and film; made using techniques including punching and drawing directly onto 16mm film stock serves as a site for exploring the visualisation of rhythm, acoustic phenomena, temporality and the interplay, expansion and disposition of sound, space and time.

The films are interpreted live as musical compositions: rhythmic dialogues composed and directed by Wicks and performed by double bass BBC Scottish Symphony musician Jeremy Ward. The piece is further developed through a process of repeatedly recording and playing back audio to create a continuous circular movement until the human performance disappears and is replaced or dominated by environmental music. Repeated recording and replaying in an enclosed space (the CCA theatre) enables Wicks to manipulate the sound using the space as another instrument until what remains is the moving image and the resonance left behind from the double bass.

The work investigates the layered and complex liminal space that occurs between film and sound and how the synchronization of sound and image evolves and changes to alter perceptions of time and memory. Over time the audience witnesses sound as a physical, material, and spatial experience until the sound dissolves into the space.

Over the course of the installation the sound will metamorphosis from the immaterial and invisible to the physical and object-like, generating a more tangible experience of space. And because sound is characteristically temporal it forces the viewer to actively listen, observe and experience the layering, synchronicity and chance outcomes that occur within the space and the intersections between sound, image and sculpture.