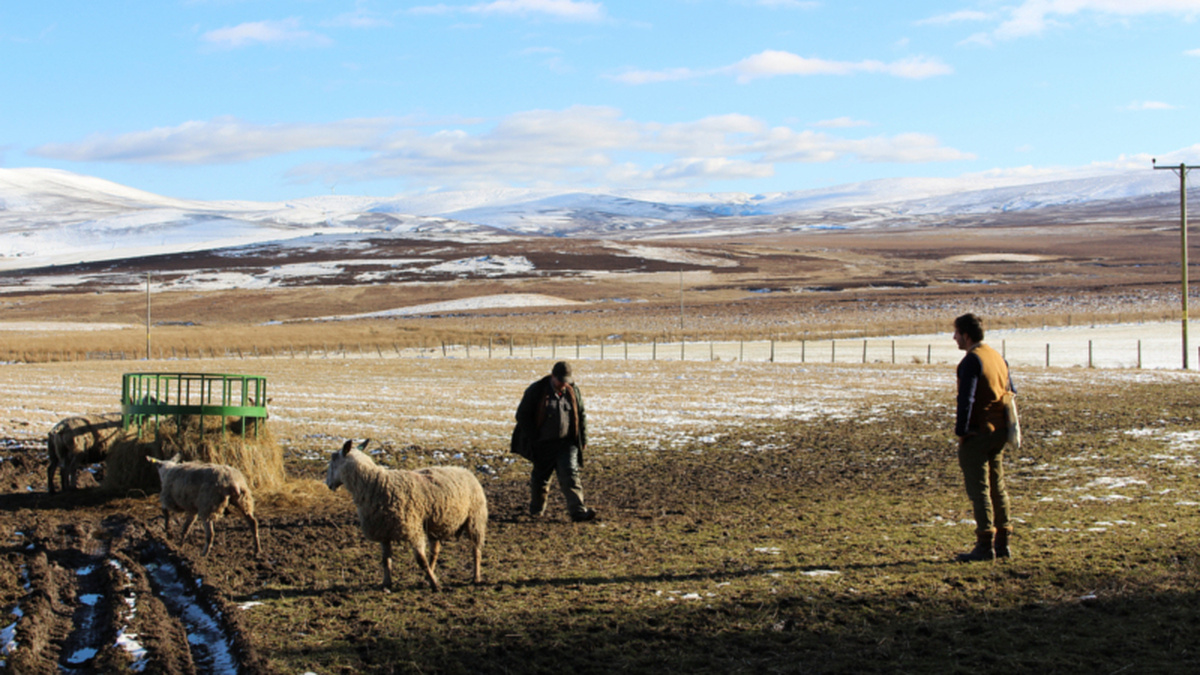 A conversation and presentation of Inland in The Cabrach - a two year project with Fernando Garcia- Dory, Scottish Sculpture Workshop, Frontiers in Retreat, and Cabrach inhabitants and farmers.

Framed by the European project Frontiers in Retreat (FiR) and under a Scottish Sculpture Workshop (SSW) commission, artist Fernando Garcia-Dory applies the INLAND approach he has been developing in different places since 2010 - in this case to the Cabrach, a high moorland with grazing pastures, progressively abandoned, and enclosed by a private Estate.

Over the last two years, Fernando has connected with Rural Development agents working in the area, and Cabrach inhabitants and farmers, and looked at the content of the recently formulated Land Reform Act of Scotland, with its legal and political implications, in relation to a possible applications within the rural community there. Fernando also worked with a Cabrach community member, active against the proposed wind farm, to lead a guided walk for an international FiR symposium held at SSW. The route requested permission from the Estate’s Head Gamekeeper and claimed free roaming access, traversing lost paths in an interrupted walk, depicting a damaged landscape.

As the project enters its final phase, tenant farmers of the Cabrach and farm cooperative members from Andalusia, Spain have been invited to participate in an exchange residency. In early 2017, farmers of the Cabrach and SSW will host members from the Spanish cooperative who created a landless farm workers union (S.O.C) in the 1980s as part of a campaign to highlight inequalities in a region of huge historical private Estates.