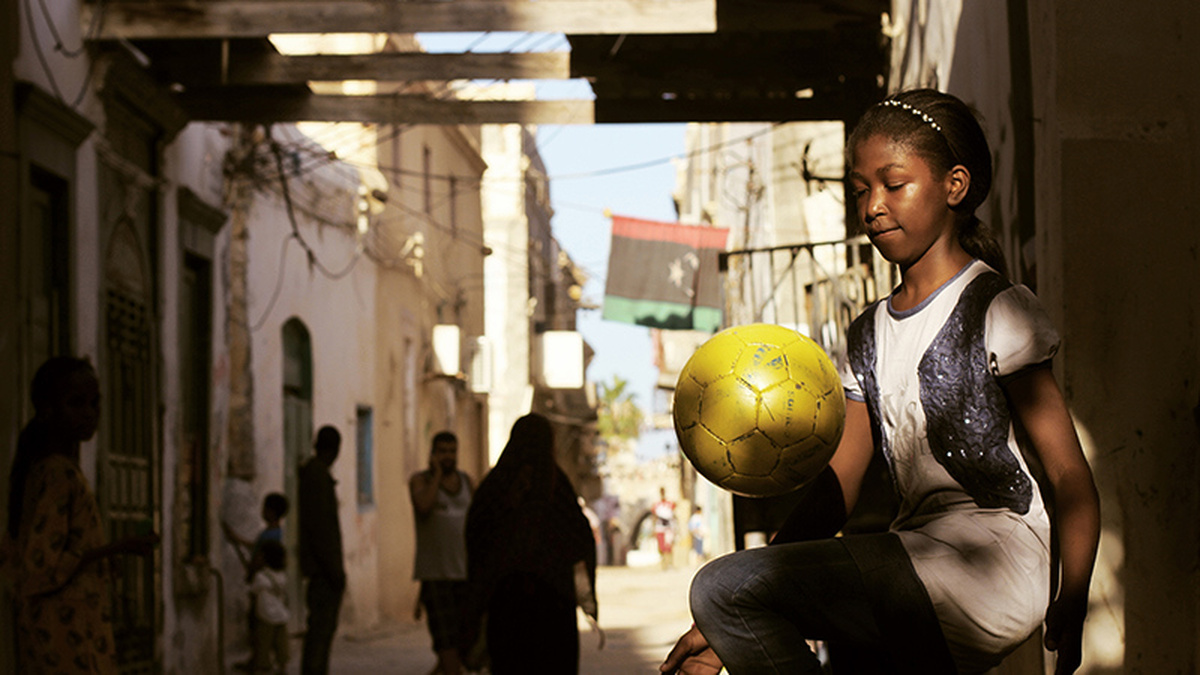 Football isn’t a matter of life and death, it’s much more important than that in Freedom Fields. Filmed over five years, Naziha Arebi’s documentary follows three friends and their dream of being allowed to play football in Libya. When the promise of the Arab Spring starts to fade, the women face public opposition and threats of violence. Playing football is an act of defiance and a test of the freedoms they hope might one day become a reality. An intimate, nuanced insight into a changing society revealed through the actions and aspirations of three resilient friends.