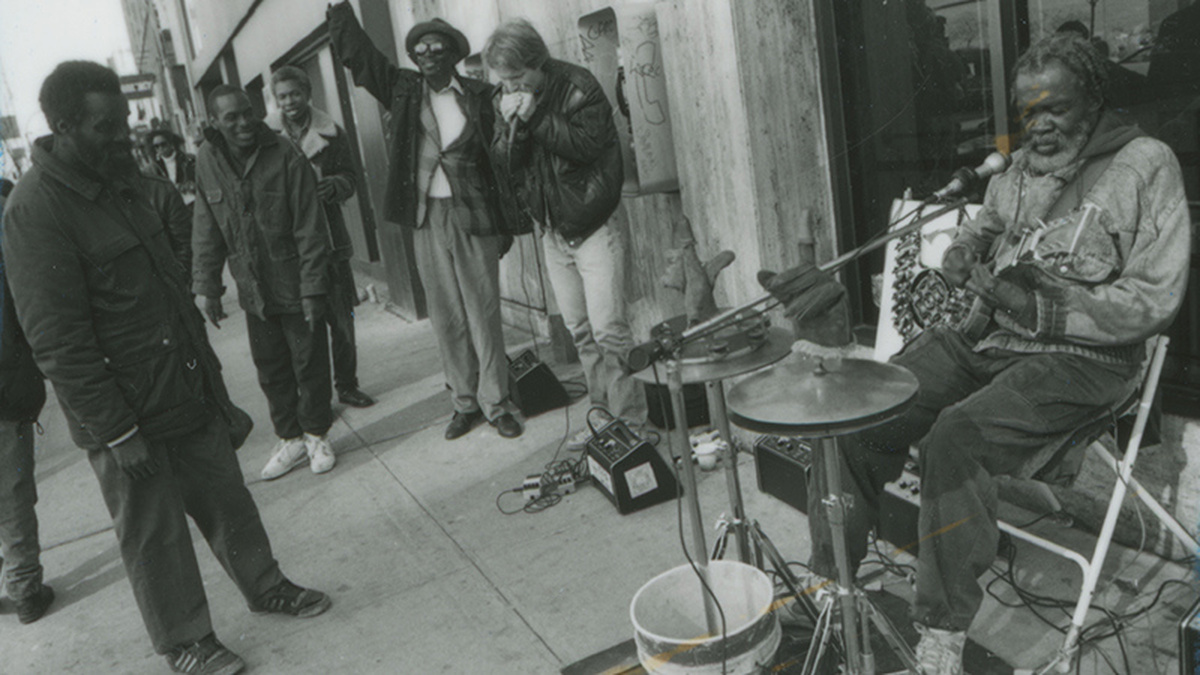 Back in the 1970s, Sterling Magee was on the cusp of guitar greatness, sharing stages with James Brown, Ray Charles and Etta James, amongst many other Blues luminaries. However, his first hand experience of the music industry’s exploitation of black artists forced him to turn his back on that world, actively choosing to live in obscurity instead. That is until Ivy League artist Adam Gussow, wandering Harlem with a broken heart, discovered a mysterious man called ‘Satan’ jamming like no other and asked if he could join. Shot over 30 years, Satan & Adam tells an incredible story of friendship and the transformative power of music.