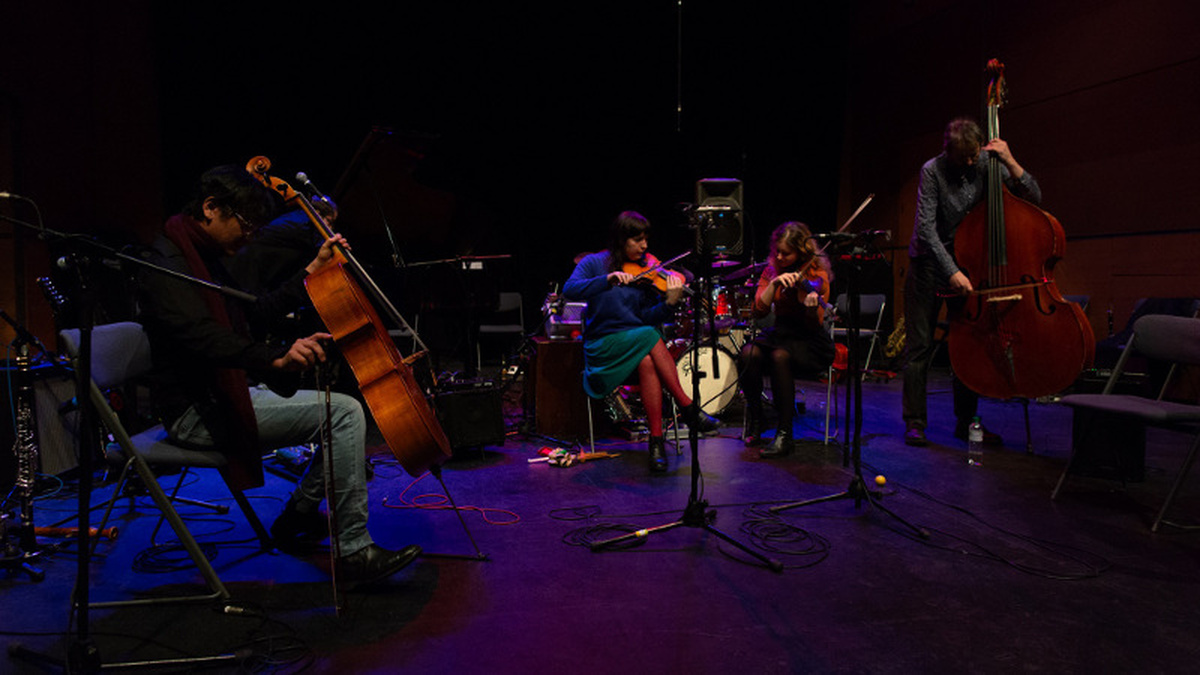 This early evening performance in the CCA cinema will feature the next THREE of our GIOxtensions features, all short sets and all very very different.

The first set will consist of Alex South's Air Out of the Night, featuring Emma Roche (flute) and a supporting group of musicians from GIO. This piece was inspired by the beautiful Irish melody Port na bPúcai, reputedly composed in response to the sounds of humpback whales heard off the Blasket Islands, and incorporates field recordings of humpback song made by Edda Magnúsdóttir and colleagues in the North Atlantic. Driven by humpback rhythms, Air Out of the Night explores a curious harmonic coincidence between whale and human song.

The second set will feature a new line-up: Dome Riders, who are Ailbhe Nic Oireachtaigh (violin), Fritz Welch (percussion), Mike Parr-Burman (guitar) and Armin Sturm (double bass). The piece for this evening has been described (by the band) as monocellular entities which interfuse and disperse into the cracks between the things, engaging in impromptu canticles of symbiotic nature, either friendly or parasitic.

The final short set on this early evening programme will feature Scott Morrison & Samuel Bradley performing their Phonpoly. Phonopoly is a game-score - for any number of performers and any combination of instruments - in which players deal cards to determine the route they take through certain intervallic relationships. This route is determined by chance, meaning no two games are ever the same. The duration of each game is also unfixed, with some performances being rhythmically driving, and others meditative, characterised by floating harmonies and wandering melodic lines. Tonight’s short performance will consist of multiple ‘games’ or performances of different versions of the work. The results of these show how - particularly in a duo – musical performances, just like any game, are negotiations of rule and freedom, individual will and collective agreement.