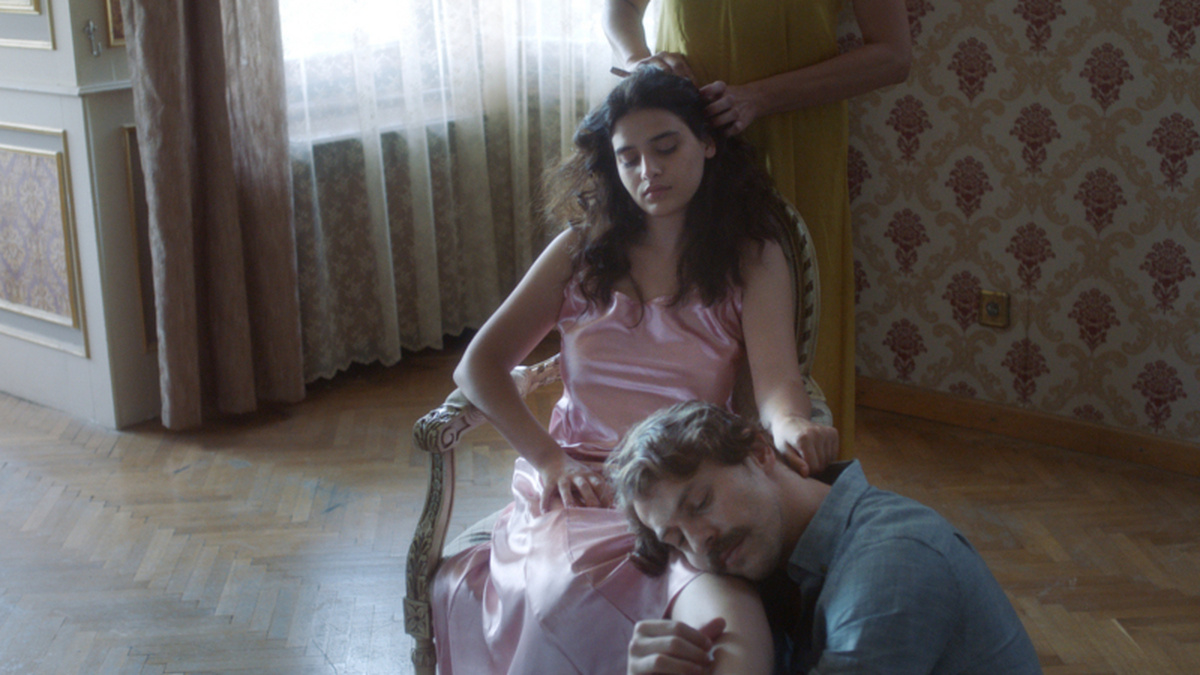 The Legend of Ruby Pasha follows Ruby’s journey as she escapes an unwanted engagement in Pakistan and flees to find worldwide acclaim as a revolutionary icon. Funny yet poignant, Ruby Pasha subverts stereotypical Western narratives about Pakistani women and asks us to think again about agency, gender… and the power of revenge.

Gaya Jiji’s debut feature, My Favourite Fabric tells the story of Nahla, a twenty-something retail assistant frustrated by life with her mother and sisters and determined both to lose her virginity and relieve her boredom. Yet life is never that simple. Set in Syria amid the increasing tension and patriarchal violence of the Arab Spring, Nahla (played by an assured and brilliantly sulky Manal Issa) must overcome her teenage fantasies – and her obsession with intriguing new neighbour Madam Jiji – on her road to self-discovery. A women-centred coming of age drama, My Favourite Fabric is a breath of fresh air that thoroughly deserved its selection in the Un Certain Regard strand at Cannes. Don’t miss out.

The screening will be attended by The Legend of Ruby Pasha director Sabah Haider and will be followed by a Q&A.

Both films rely to some extent on visual material to convey ideas but contain a lot of explanatory dialogue.

GFAF is a non-profit event and 10% of all ticket sales will be donated to Glasgow & Clyde Rape Crisis. To find out more about the service or to make an additional donation, please click the following link